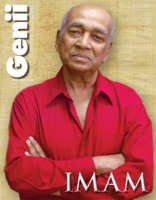 Today, when you order "Genii Magazine: July 2013 ISSUE", you'll instantly be emailed a Penguin Magic gift certificate. You can spend it on anything you like at Penguin, just like cash. Just complete your order as normal, and within seconds you'll get an email with your gift certificate.

The oldest and most respected magic magazine on the planet. This month features Imam and The Magic and Burlesque of Dolly Kent . READ INSTANTLY.
+ Add to Cart
Review Wishlist
In stock: Download INSTANTLY.
Tweet

The Magic and Burlesque of Dolly Kent by Federico Luduena