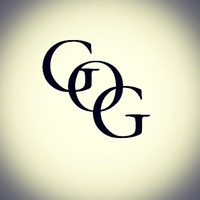 Today, when you order "G.O.G. by Akitsugu Domoto", you'll instantly be emailed a Penguin Magic gift certificate. You can spend it on anything you like at Penguin, just like cash. Just complete your order as normal, and within seconds you'll get an email with your gift certificate.

The silverbullet to begin your show.

3 impromptu magic: The triumph, which is knacky but super-visual, The prediction, which is very easy but looks well-made, and The kickback, which is hard-hitting.


Gambit:
This is what is to kill the spectator with a single blow. The spectator calls stop to select and remember a card, and you shuffle the deck, half of which is face-down but the other half is face-up. Quickly confirming that, you snap fingers to make all the face of the cards up. Now, you make a fan and make sure that all the cards are face-up and snap fingers again -- a card gets face-down instantly with no cover. Of course, it’s the card he/she chose.


Operation "2 of 4":
You place 3 cards on the table, or hand them to a spectator as a prediction, and he/she chooses a card and remembers it. The spectator places back the card into the deck and shuffle it completely.

Now, you tell the spectator to see the prediction cards, which say; 1) what the card exactly they choose is and 2) where of the deck the card is after they shuffle the deck.


Grass kicker:
Unexpected jumps of a card. You place 4 kings on the top of the deck to use later and riffle the corner of the deck to let the spectator call stop. The spectator remembering the card at their stop, you retain the card up-jogged in the middle of the deck and show the 4 kings. The kings are divided into 2, reds and blacks, and you say that you will use 2 black kings and let the 2 other on the table.

Now, you say that you will do it again. However, this time, you let the spectator check the card between the 2 black kings at the second phase to confirm whether it is really the selection before it goes into the red kings on the table -- Not. It is the 2 red kings. The selection is already on the table.


No setup, No duplicate.
If you like my previous release, you must be going to love these.

great Report this review
Verified buyer Pro Privacy ON (login to see reviewer names) on January 9th, 2015
A great strong set of effects. I have to e-mail Akitsugu Domoto to clarify some things and he promptly replied and I have no trouble after that.
Did this review help you? Do you want to respond to this review?
Bestsellers