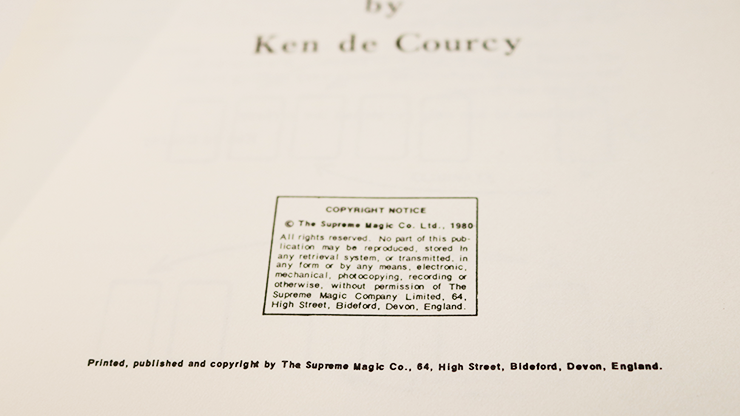 Today, when you order "33 Tricks with the Pateo Force by Ken de Courcy - Book", you'll instantly be emailed a Penguin Magic gift certificate. You can spend it on anything you like at Penguin, just like cash. Just complete your order as normal, and within seconds you'll get an email with your gift certificate.

33 Tricks with the Pateo Force by Ken de Courcy - Book

The PATEO force is one of the most powerful yet underutilized forces ever to be invented. This is the "Magician's Choice" on steroids...

The PATEO force can be used with any set of objects available, so it's perfect to use even when you don't have anything on you with which to perform. Your spectator seemingly makes EVERY decision and yet he/she is in your total control!

Ken de Courcy's work on this highly secretive force is something all magicians and mentalists should have in their arsenal. Some of the topics include: mentalism, cards, close-up, stage, etc.