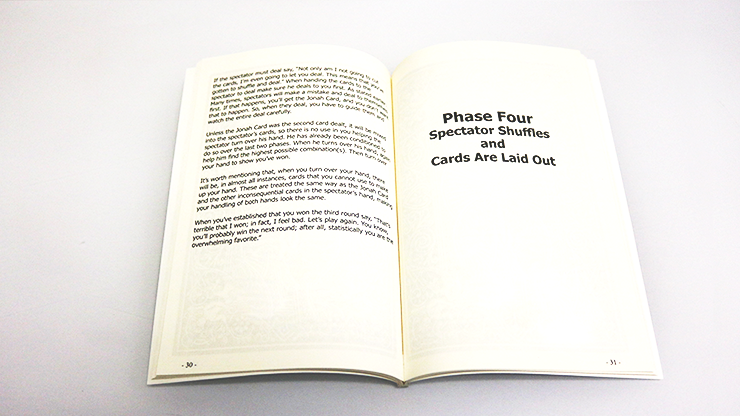 Today, when you order "Ultimate Ten-Card Poker Deal by David Malek - Book", you'll instantly be emailed a Penguin Magic gift certificate. You can spend it on anything you like at Penguin, just like cash. Just complete your order as normal, and within seconds you'll get an email with your gift certificate.

The Ultimate Ten-Card Poker Deal is for the serious performing magician who wants a professional gambling-themed routine. This is a featured showpiece that has been thoroughly audience-tested and is used as a closer in one of David Malek's shows, a spot he reserves for only the strongest material.

Effect: A game of Poker using only ten cards is played multiple times between the magician and spectator. Despite being more and more fair as each round progresses (and, in fact, seemingly giving the spectator greater control and the advantage), the magician succeeds in winning every hand.

Best version Report this review
Pro Privacy ON (login to see reviewer names) on October 23rd, 2016
(This review is for Ultimate Ten-Card Poker Deal by David Malek - Book)
This is the best version of the 10 card poker deal there is

I hope he will do a penguin lecture soon

Highly recommend
2 of 2 magicians found this helpful.
Did this review help you? Do you want to respond to this review?
Bestsellers