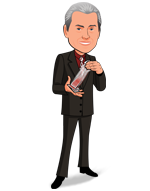 Today, when you order "LINT book by John Luka", you'll instantly be emailed a Penguin Magic gift certificate. You can spend it on anything you like at Penguin, just like cash. Just complete your order as normal, and within seconds you'll get an email with your gift certificate.

(2 customer reviews)
+ Add to Cart
Review Wishlist
In stock: usually ships within 24 hours!
Order in the next 8 hours 47 minutes and it will ship TODAY!
book
card
close-up
coin
Tweet

This effort was kicked off in Luka's "Thoughts On..." column which ran in The New Tops magazine from October 1993 to December 1994. John's column was for the majority of magicians who tend to do a lot of pocket and parlor tricks for small audiences and few shows. He knew that most magic shows are informal, sometimes spontaneous events, typically being a performance of a few tricks at a party of social or business get togethers. So, he chose material for the ninety-plus percent of magicians who are not professionals. Some of the great magic in L.I.N.T. includes John Luka's absolutely astonishing Chromo Balls (a big hit at Fechter's), a pure sleight of hand approach to Daley's Chromo Spheres.

L.I.N.T. Report this review
Verified buyer Pro Privacy ON (login to see reviewer names) on May 1st, 2017
(This review is for LINT book by John Luka)
This is easily in in my top 5 favorite magic books of all time, and I read a lot. My favorite part about this book isn't the effect, although they are all quite miraculous, but the full worked scripting they give you to go off of. They give you a moderate script that you can add or take away from to add your own persona. But now to the effects; the first trick in the book is my favorite trick of all time, 'The Lie Detector' by Ron Bauer. It is the best method for accomplishing what is know as the "Lie Detector Plot" as it's impromptu and contains magical moments no one is expecting, even magicians. Another favorite of my is 'Simple Arithmetic II' an effect originally published by Dai Vernon in "More Inner Secrets of Card Magic". Luka removes my least favorite part about Vernon's handling and makes use of the same revelation every single time. 'The Fidgeting Card' by Bill Kalush is also a Phenomenal effect packed with heavy duty sleight of hand, although it's not for the faint of heart you will learn some amazing reversals such as a cull reversal and Marlo's 'Future Reverse'. Luka also teaches a full pledged routine called 'Kings on a Fling' and his a three phase routine that consists of making card switch, transpose, change and even cutting to cards that are lost throughout the deck. Luka also teaches his finesses on the Zarrow Shuffle and the Turnover Pass that will speed of the learning process and make these sleights look more invisible in performance use. There is a lot of coin magic in here however i work exclusively with cards so I don't want to give skewed or false claims about some of the coin effects however reading through some of the descriptions of the effect they look great! There's even non card material in this book! So overall I really suggest you to buy this book however I also suggest you to take your time and really practice these effects justice when performing.

P.S. I left out the description for two of my favorite card things in the book, when reading I'm sure you'll be able to figure out what I left out.
2 of 2 magicians found this helpful.
Did this review help you? Do you want to respond to this review?

Amazing Report this review
Verified buyer Pro Privacy ON (login to see reviewer names) on April 5th, 2017
(This review is for LINT book by John Luka)
This is one of my favorite books. Rons lie detector is worth the price of the book alone. You also learn some very powerful card magic including the homing cards and moves such as the turnover pass, dps, and the zarrow shuffle. You also learn chromo balls which is godly. I highly recomend this book to all magicians
1 of 1 magicians found this helpful.
Did this review help you? Do you want to respond to this review?
Bestsellers