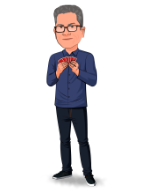 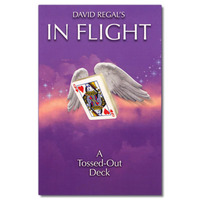 Today, when you order "In Flight by David Regal", you'll instantly be emailed a Penguin Magic gift certificate. You can spend it on anything you like at Penguin, just like cash. Just complete your order as normal, and within seconds you'll get an email with your gift certificate.

In Flight by David Regal

The performer hands a spectator a deck of cards and instructs him to make sure all the cards are different, and to then shuffle the deck in any manner he desires. At that point a rubber band is placed around the deck and the deck is sent out into the audience where three different spectators each peek at a card and commit it to memory. THERE IS NO DECK SWITCH.

Upon return of the deck - which is not inspected in any way - the performer correctly divines the three thought-of selections in the manner of the classic Tossed-Out Deck.

"A very fine method and presentation... I would recommend it unhesitatingly."
- Herb Zarrow

"First a word of advice. Trust me when I suggest that all well seasoned 'workers' toss out your Tossed-Out-Decks! That's right: get rid of them!

Once you experience David's In Flight, you will be in command of the most bewildering and diabolical feat of pure mentalism one could imagine. I can personally attest to the stunning impact this effect had on the very knowledgeable attendees at the 2004 4F convention.

Included with the ingenious deck and professional script, David has been granted permission to share a 'wonderful subtlety' of Wayne Dobson's. On a personal note: in the early days I became friends with the legendary David Hoy and witnessed his signature performance of this effect on many occasions. If possible, Mr. Hoy would be the first to give In Flight a standing ovation."
- Roger Klause

Comes complete with a specially manufactured deck of cards, rubber bands, a 10-page booklet detailing David's complete routine, and, with permission, a special tip from Wayne Dobson that will turn the revelations into a sure fire applause cue!