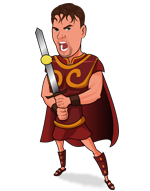 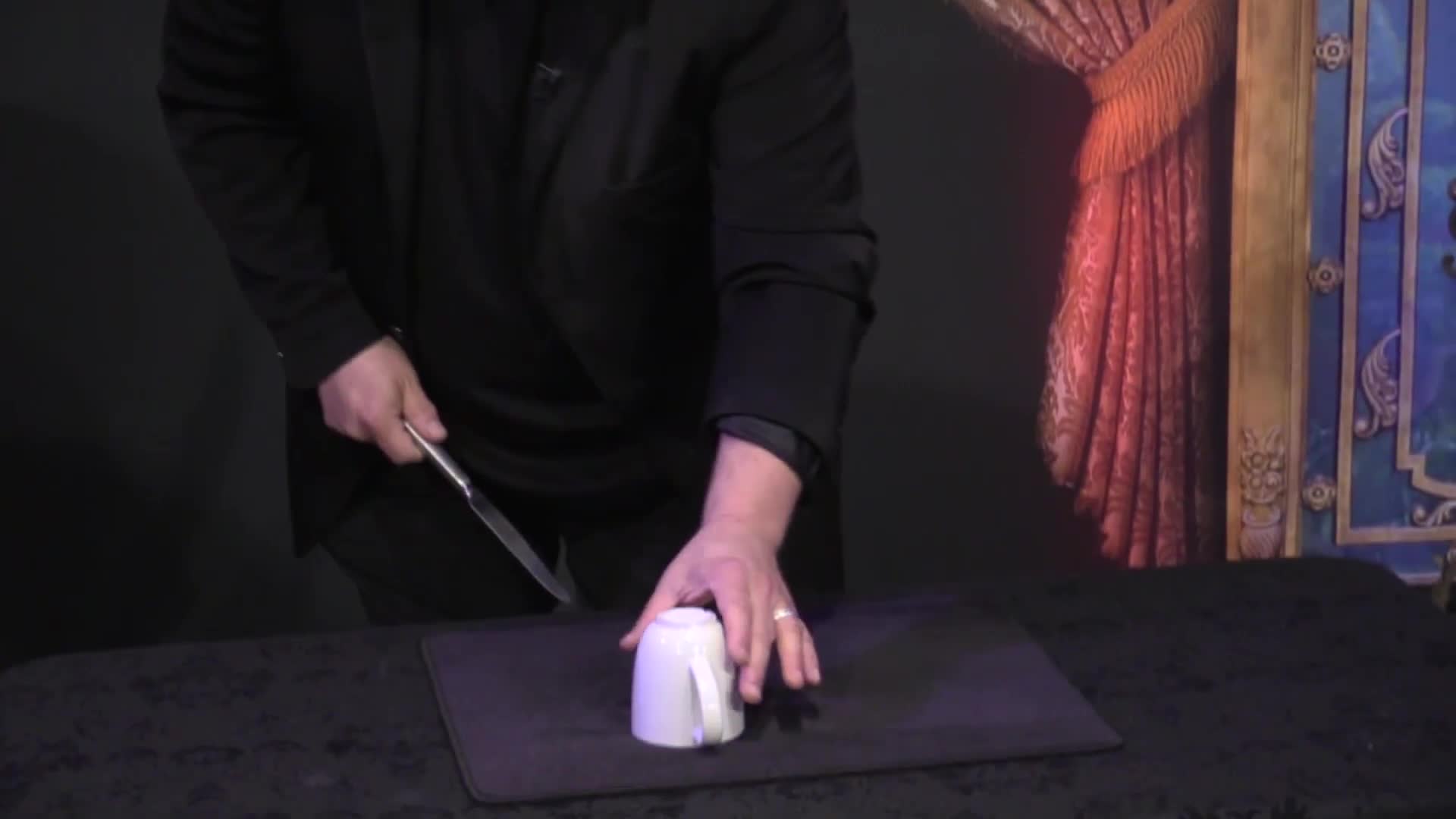 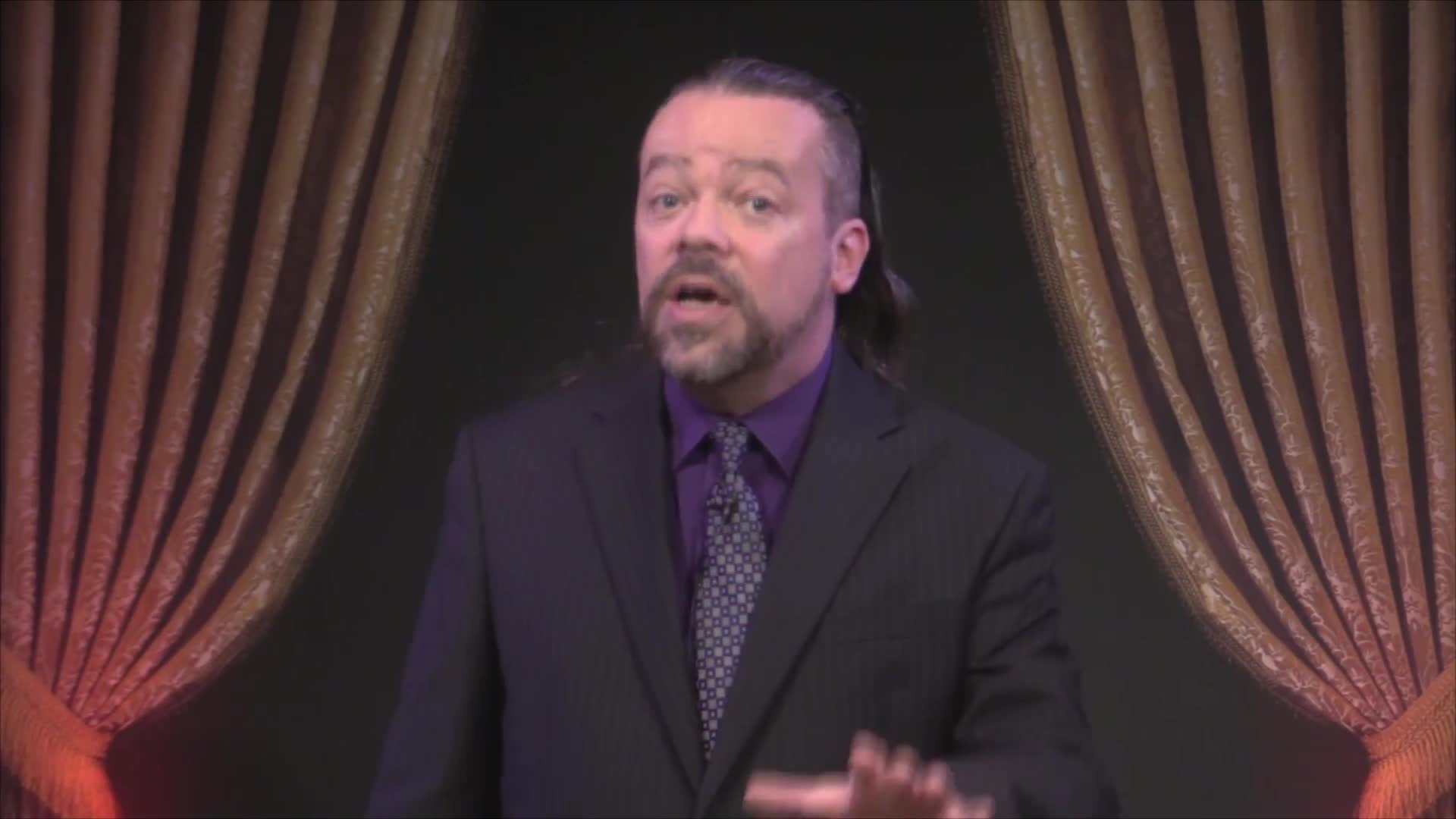 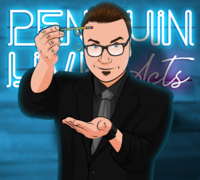 Today, when you order "Scott Alexander LIVE ACT", you'll instantly be emailed a Penguin Magic gift certificate. You can spend it on anything you like at Penguin, just like cash. Just complete your order as normal, and within seconds you'll get an email with your gift certificate.

"Wow! I've never seen magic like that before." -Michael Jackson

"The magic of your words touched everyone." -Oprah

"Very unique and different for a magician." - Sharon Osborne

"I've seen levitation before, but not like that. Amazing!" - Howie Mandel

"Wow, you guys are still applauding? Maybe we should bring the magician back out here." - Dennis Miller

"Scott sports an amiable, self-deprecating stage presence as he does tricks only magic aficionados are likely to have seen elsewhere." - Las Vegas Review Journal

Immaculate Bill Switch - A borrowed, signed 100 dollar bill turns into a 1 dollar bill at your fingertips with the name still on it! This is Scott's handling of the bill switch. You'll learn the technique, along with all the performance details that turn this simple move into a full opening routine.

Bill in Lemon - After producing a lemon from the chop cup, the lemon is cut open to reveal the borrowed signed 100 dollar bill inside. Scott shares everything he has learned about performing the Bill in Lemon during his career.

Invisibility Watch - A professional stand up presentation for the invisible deck. You'll learn all the performance details and learn how to make your watch disappear and reappear during the routine.

The Flying Ring - A professional stand up presentation for ring flight. Scott shares all of his tips that will help eliminate any problems you may have had performing this in the past.

Bigger Deal - A comedy mentalism routine with a surprise ending. This is Scott's presentation of Don Alan's classic "Big Deal".

Poetry Monte - A complete color monte routine with a poetry script. Scott will also teach you how to secretly gimmick your color monte set to make the handling even easier.

Houdini Cards - Telling the story of the metamorphsis box with Houdini and Bess, you perform a transposition of two cards!

Card in Bottle - For the big finale, the signed Houdini card appears in the beer bottle. Scott will teach you his handling so you can perform this miracle at any time.

Scott Alexander is one of the busiest professionals in the business. His magic reached millions on season six of America's Got Talent where he advanced all the way with his large stage illusions.
He was also featured in articles in People Magazine and Nations Business, and Oprah Winfrey invited him to make a guest appearance on her show. Scott had the honor of headlining at Caesar's Palace in Las Vegas for over seven years and performing over 4000 times!
He has been featured on The Syfy Channel, Discovery Channel and NBC as well as appearing on the prestigious Le Grand Plus Cabaret Du Monde in Paris.

Purchase this product and on August 12th anytime after 12:00pm Eastern, click the MyPenguinMagic area at the top of the Penguin site. You'll see the "learn" button appear next to this lecture.

This IS a five stars act! Report this review
Verified buyer Pro Privacy ON (login to see reviewer names) on August 13th, 2018
If you are into comedy magic and you don't already know who Scott Alexander is, you are missing out!

I am a big fan of Scott's work and I have seen all of his penguin live lectures. Brilliant stuff. Some of the things he teaches in this live act can also be found in his lectures but still this live act is worth the money and the time.
The teaching of the tricks is great and Dan helps a lot with his remarks and questions.

Scott begins with a full routine with a bill switch, a chop cup and a SIGNED bill in fruit!!

He then goes into a fantastic invisible deck presentation with an invisible watch becoming visible in the process. An excellent magicians fooler.

After that, he shows his presentation on standing-up ring flight and shares a few jokes and gags.

But he doesn't stop there. He shows a comedy mentalism trick full of laughs. (Witch is my favorite of all the act, by the way. Solid comedy gold)

Next on the list is his unique handling of color monte, along with a terrific poem to go along with the presentation.

Finally he wraps everything up with his card in beer bottle trick, witch is the most skill demanding of the act, but still easy to do. This is the closer and I think it is the perfect way to end an act like this.

The act is about 35 minutes long and all the props can fit in a shoe box. Also there are no product "plugs" in the act.

I Have read a lot of reviews about Scott's live lectures saying that there are too many jokes and songs and not enough matterial. Well boys and girls this one is a lacture full of tricks and ideas, so you have no excuse.
I am sure that you will enjoy it and that there will be something for everybody.

My only compain is I wish there were some songs in this one too!!!


3 of 3 magicians found this helpful.
Did this review help you? 1 comment

His routine has something for everyone be it stage or strolling, cards or mentalism.

I really enjoyed how his routine tied in nicely and had a great flow from one astonishing effect to another. This routine has great opportunities for audience engagement.

All in all I really enjoyed this one. Scott Alexander is super talented and clever. I say if you're looking for a ready made routine to learn - download this. Not only is it a solid routine but I found my own creativity being sparked for variations as I watched it.

2 of 2 magicians found this helpful.
Did this review help you? Do you want to respond to this review?

It’s Scott Alexander. Enough said. Report this review
Pro Privacy ON (login to see reviewer names) on August 19th, 2018
In a nutshell - quality material like everything else he puts out. Enjoying the new format too.
1 of 1 magicians found this helpful.
Did this review help you? Do you want to respond to this review?

Showmanship Report this review
Verified buyer Pro Privacy ON (login to see reviewer names) on August 16th, 2018
I love watching Scott Alexander work and this 1st Penguin Live Act is a great way to get started.

Penguin - This is a great concept. Just seeing how a show is constructed is gold.

Rather than filling it with effects that the performer may not use, it's solid, workable material.

Looking forward to more of these.
1 of 1 magicians found this helpful.
Did this review help you? Do you want to respond to this review?

A great & practical act Report this review
Verified buyer Pro Privacy ON (login to see reviewer names) on October 25th, 2022
I really liked this act by Scott Alexander. Loved the chop cup/bill to lemon combo and the card to bottle is killer and well routined. The tweak to color Monte is a great improvement and the discussion with the amazing Dan Harlan is very informative. Lots of value for the money here.
Did this review help you? Do you want to respond to this review?

Always great Report this review
Verified buyer Pro Privacy ON (login to see reviewer names) on October 19th, 2022
Perfect selection of classic magic in a fresh entertaining way, with great touches and bits of business. Automatically resets. Well honed. Every effect in this act is polished usable. Few gimmicks, so the cost is trivial.
Did this review help you? Do you want to respond to this review?

Great routines Report this review
Verified buyer Pro Privacy ON (login to see reviewer names) on September 29th, 2019
As usual, Scott gives you great variety with fantastic routines. Lots of bits of business along with worker ideas. His simple idea on card to orange was great and you'll devastate your audiences with his signed card into beer bottle.
Did this review help you? Do you want to respond to this review?

Scott Alexander live act Report this review
Verified buyer Pro Privacy ON (login to see reviewer names) on May 12th, 2019
LIVE ACT: is s class act, I just had the chance to see a live lecture in Little Rock AR. He’s an amazing magician and teacher of magic , I’m using so much of the knowledge I’ve learn from Scott, thanks Scott!
Did this review help you? Do you want to respond to this review?

Scott teaches his handling and shows us how he has improved on some well known effects.

This is definitely not out of reach of a intermediate performer with no really hard sleight hand.

Complete parlour routine that will fit in your pocket and won’t break the bank to put together!!!
Did this review help you? Do you want to respond to this review?

First Time viewing his work Report this review
Verified buyer Pro Privacy ON (login to see reviewer names) on September 2nd, 2018
I was happy Penguin is starting this Live Act lectures. I have purchased dozens of Live Lectures and a lot of them are dealer plugs at times. They stated exactly what he was performing, and he taught exactly that- this is the reason I purchased this lecture...they gave the effect list. I work in the restaurant industry and want to move toward stage and parlor work. While I already do most of these effects, I was interested and still Scott DELIVERED, because everything he taught can potentially play big!

Good purchased turned to a great purchase.
Did this review help you? Do you want to respond to this review?
Load more reviews
Bestsellers