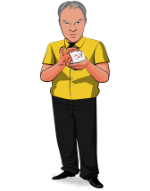 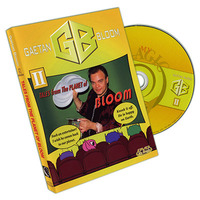 Today, when you order "Tales From The Planet Of Bloom #2 by Gaetan Bloom", you'll instantly be emailed a Penguin Magic gift certificate. You can spend it on anything you like at Penguin, just like cash. Just complete your order as normal, and within seconds you'll get an email with your gift certificate.

Tales From The Planet Of Bloom #2 by Gaetan Bloom

FREE SHIPPING TO UNITED STATES ON ALL ORDERS OVER $50.
+ Add to Cart
Review Wishlist
In stock: usually ships within 24 hours!
Order in the next 10 hours 18 minutes and it will ship TODAY!
Tweet

Gaetan Bloom is known as one of the most creative magicians in the world. But his strength lies in his knack for inventing magic that not only fools laypeople but absolutely destroys magicians. If you enjoy being fooled and fooling others you must have this DVD. It is amazing how his simple methods never fail to fool. You will learn magic with cigarettes, boxes, paper plates and cards.