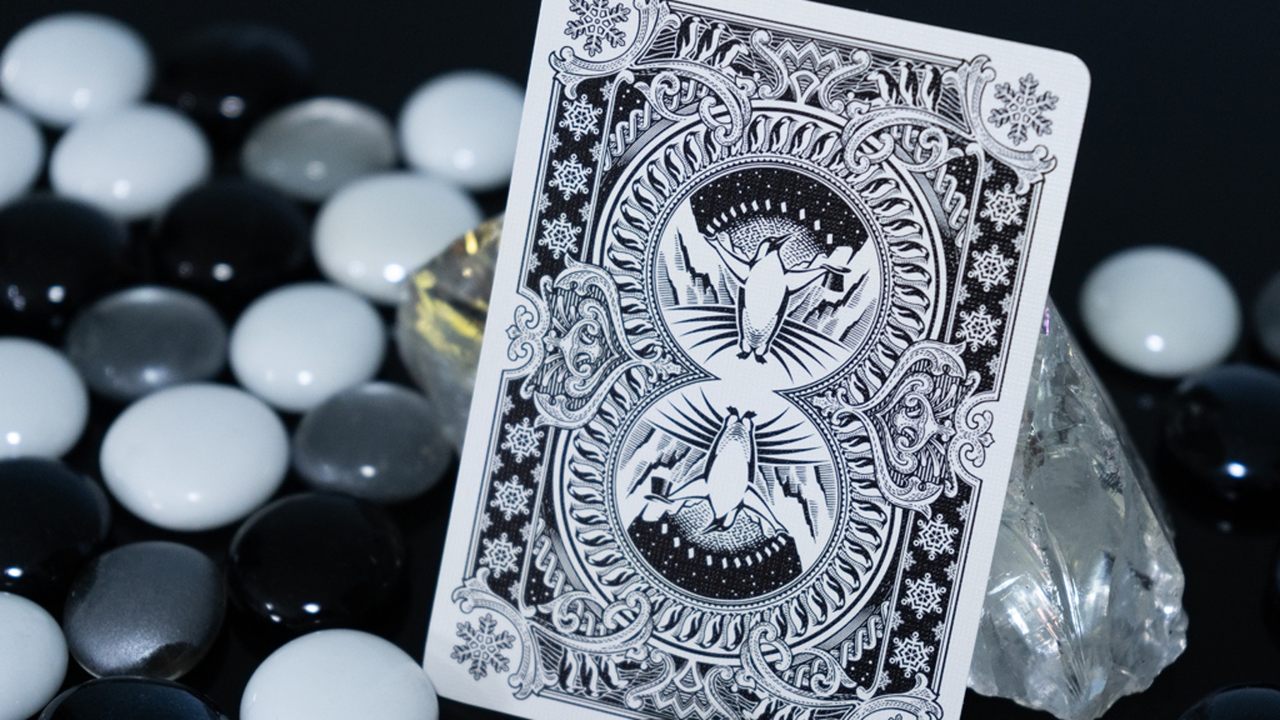 Today, when you order "Emperor Playing Cards", you'll instantly be emailed a Penguin Magic gift certificate. You can spend it on anything you like at Penguin, just like cash. Just complete your order as normal, and within seconds you'll get an email with your gift certificate.

Includes one regular, and one Special Edition Gilded deck, with silver edges on every card and a tuck made of pearlescent paper. Only 500 ever made, with an individually numbered silver foil seal.

The Gilded deck also has a special tuck box made from a shiny pearlescent paper. The Special Edition Gilded deck is limited to only 500 decks EVER and has an individually-numbered silver foil seal.

The gilded deck is available ONLY as part of this 2-deck Collector's Set.

Both decks are housed in a custom 2-deck box with a magnetic closure flap. A brilliant part of any collection.

The most beautiful cards I own! Report this review
Verified buyer Pro Privacy ON (login to see reviewer names) on May 31st, 2020
These cards are the most significant cards that I own to date. I have about 400 decks of cards that I have collected over the last 30 plus years, and these are my most beautiful cards. I actually hate to use them. These are more of an art than a deck of cards. The foil is amazing. Not to mention that I love penguins, I wonder why?
Did this review help you? Do you want to respond to this review?

Very cool set Report this review
Verified buyer Pro Privacy ON (login to see reviewer names) on April 1st, 2020
From the tuck cases to the presentation box this is a first class set. Love gilded decks and Ltd editions even more. Beautiful set well made suitable for display.
Did this review help you? Do you want to respond to this review?

Cool art Report this review
Verified buyer Pro Privacy ON (login to see reviewer names) on March 14th, 2020
The playing cards have very cool art. I like the thin boarders. The collector set has a very nice quality box. I reviewed the playing cards on my YouTube channel, deckreview, and they feel nice.
Did this review help you? Do you want to respond to this review?
Bestsellers