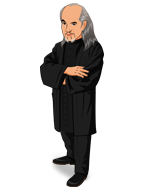 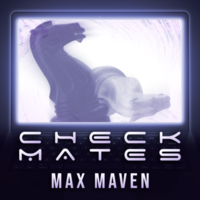 Today, when you order "Checkmates by Max Maven", you'll instantly be emailed a Penguin Magic gift certificate. You can spend it on anything you like at Penguin, just like cash. Just complete your order as normal, and within seconds you'll get an email with your gift certificate.

The brilliant use of genuine coin tosses and free choices makes this mental miracle a real fooler you can do live or over Zoom. START LEARNING INSTANTLY.

"I like everything about this. Max’s method for allowing the spectator to use a handful of coins as if they were dice is diabolical and worth the price of admission." - Michael Weber

"Checkmates proves that choice and fate don’t stand a chance against Max Maven. The performance is a lesson in itself on how to deliver concise instructions with clarity and wit. The look on Michael Weber’s face when the second pair of cards matched is the same one I had on mine. Best of all the method employs mathematics pioneered by one of my favorite geniuses and early mathemagicians, Carl Friederich Gauss." - Jared Kopf

"A wonderful routine that will fool also people knowing the principle behind Max’s “Redivider”. And you learn an approach using coins that you can use in other contexts. I couldn’t stop thinking of this clever idea and its possible applications." - Jan Forster

In these strange new times, magicians and mentalists are exploring new conditions. Shows are performed from afar, using Zoom, FaceTime, Skype, and other technologies. Creating amazement within often restrictive conditions can be quite a challenge.

Fortunately, you’ve got a guide who has been exploring these strange territories for many years. MAX MAVEN began pioneering interactive magic over forty years ago, and he has put that experience to work for you, by devising powerful routines that connect to audiences through a virtual reality. Take your journey into the virtual space with Checkmates.

The spectator provides the materials, simple enough that they can be found around the house. Using four index cards (or business cards, or scraps of paper), four designs are drawn. The cards are mixed, then cut or torn in half; there are now eight pieces. A variety of fair actions are followed, with everything away from the performer’s view. The choices are legitimate; two of them involve freely tossing coins. And yet, all of the half-cards end up correctly paired. It’s a baffling series of incredible results.

Checkmates is apart of the Virtual Visions series, in which you will learn 6 tested, practical routines. There are no elaborate gimmicks. There’s no pre-show, or private conversation with one spectator in order to fool the others. Nothing is mailed ahead. These effects can be performed for a single person, or a large virtual audience. As a special bonus if you buy all six together, you’ll get them for a special price, plus receive an extra video, in which Max Maven recounts the History of Virtual Magic. You’ll be startled by some of this information, which puts so much into perspective. This talk is only available if you order the complete set.

Goodness... this is awful. Report this review
Verified buyer Pro Privacy ON (login to see reviewer names) on October 7th, 2020
12 minute performance, no idea what is going on.
Max basically reading a script and looking at Michael Weber.
This is really dull.
If you are looking for something for the future, look at Cyber Secrets by Colin. It's not perfect but it will move you on lightyears faster than this.

This is like the Woody routine of tearing cards, except that is entertaining. I have performed that live, and it was such a happy routine.

The first few minutes of this is Michael making the props. At 9 minutes in I had forgotten about the coins.

Max: "the idea is to get away from playing cards for once"
*proceeds to call them cards throughout*

I'm annoyed that I paid for this series, I'm also annoyed now that I watched it.
8 of 9 magicians found this helpful.
Did this review help you? 2 comments

Okay Report this review
Verified buyer Pro Privacy ON (login to see reviewer names) on October 9th, 2020
The "bang" on this is okay, but this is a long and drawn out routine. I personally found it boring, but I like my effects fast.
4 of 6 magicians found this helpful.
Did this review help you? Do you want to respond to this review?

Very good with plenty of applications Report this review
Verified buyer Pro Privacy ON (login to see reviewer names) on October 14th, 2020
You can do this as Max performed or come up with your own variation. I like to do it with ESP cards. Of course that can't be done remotely, so if you want to do remote, then do what Max did.
1 of 1 magicians found this helpful.
Did this review help you? Do you want to respond to this review?
Bestsellers