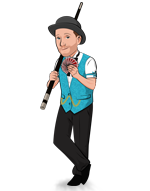 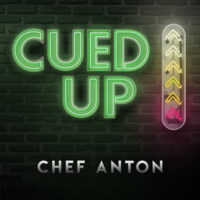 Today, when you order "Cue'd Up by Chef Anton", you'll instantly be emailed a Penguin Magic gift certificate. You can spend it on anything you like at Penguin, just like cash. Just complete your order as normal, and within seconds you'll get an email with your gift certificate.

EIGHT awesome ways to win a bet with nothing but your wits, PLUS learn Chef's FOOL US trick as a secret bonus. START LEARNING INSTANTLY.

"This is a great magical pool trick shot with a killer ending. Unless you carry a pool table with you this may not be as practical as some others, but Chef solves that with his impromptu version. Whenever you have the opportunity to do this with a real audience it is an Absolute Reputation Maker!!" - Doc Eason

"For years, Chef has amazed and entertained his corporate clients with these effects in tradeshows and hospitality suites around the world. His card stab is LEGENDARY, and every step of the way his audience is delighted, entertained and fooled. I have seen Chef do this closer a hundred times, in real-world performances, and it is always a guaranteed standing ovation! 5-stars." - Scott Tokar

"The guy is just good at everything. He can cook, shot pool like no other, and fool you, feed you and thank him for taking your money at the same time." - Bob Sheets

"Chef Anton has been cooking up some astounding reactions with this unique piece from his working repertoire. Frankly, I can’t believe he’s letting this one go since it is such a reputation maker, but if you’ve ever picked up a pool cue, he’ll show you how to get the same kind of jaw-dropping responses that he’s gotten for more than 25 years. Some tricks in magic become classics and this routine deserves it’s place among the best of the best In our craft. It also deserves a place in your repertoire too!" - Bruce Gold

Two time US Trick Shot Champion of Pool Chef Anton has hustled Penn & Teller on Fool Us and now he’s here to teach you how to grift your friends and acquaintances with 6 barbets, trick shots, and billiard brain teasers that you can use so you’ll never have to buy a drink again. As a bonus, you’ll learn the secret to his professional pool cue card stab. Get ready to level up your pool hustle game with Cue’d Up by Chef Anton

These trick shots are the perfect introduction to the trick shot world. Here’s what you’ll learn:

Three Beers: Also known as the triangle shot. A quick little hustle using a pool ball and a triangle to create a billiard brain teaser of how to shoot a ball trapped in a triangle into a pocket.

Two Sticks: Jump the cue ball over one pool cue, and cause it to make another ball jump over another pool cue and into a pocket. Here Chef will teach you how to make a legal jump shot just like a professional pool player.

Trapped: Chef used this actual shot to win the California State 8-Ball Championships. You’ll learn how to jump a cue ball off a rail and outside a ring of other balls to get the selected ball to sink into the corner pocket.

Watermelon Seed: This hustle sets up a simple wager. Whoever can roll their ball the farthest across the table with one hand gets free drinks from everyone else. The secret is deceptively simple and works every time.

Dime In Shot Glass: Using just a pool ball you’ll learn how to hop a dime off a rail and into a shot glass.

Grifter’s Dream: A feature in Chef’s show for years, under impossible conditions you sink an 8-Ball into the corner pocket even though it’s guarded by a ring of balls and a pool cue.

As a bonus you’ll also get the workings behind Chef’s Professional Card Stab routine as seen on Penn & Teller: Fool Us. This amazing routine allows you to perform a trick shot, and end up with a signed playing card impaled on the end of a borrowed pool cue.

Shot live on location in an actual pool hall, you’ll learn not just actual trick shots you can do on any neighborhood pool table but also an incredible card trick. The tricks you learn range from the practically self-working to the more challenging tricks that require some practice. If you’ve ever wanted to get into pool ball wizardry, Cue’d up is the perfect shot.

Cue'd Up by Chef Anton Report this review
Verified buyer Pro Privacy ON (login to see reviewer names) on November 13th, 2020
Enjoyed watching this video... learned a few things I didn't know. He explained things well. Highly recommended!
Did this review help you? Do you want to respond to this review?
Bestsellers