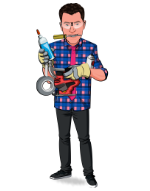 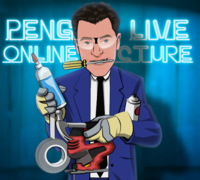 Today, when you order "Eric Buss LIVE", you'll instantly be emailed a Penguin Magic gift certificate. You can spend it on anything you like at Penguin, just like cash. Just complete your order as normal, and within seconds you'll get an email with your gift certificate.

SUPPORT LIVE MAGIC. RESERVE BEFORE SUNDAY AND SAVE.
+ Pre-order this
Review Wishlist
This product is expected to ship on December 19th. You may reserve a copy now and it will ship to you when it arrives.
Tweet

+click to enlarge
"I have had the honour of being Eric's friend for more than half my life. His never ending flow of creativity amazes me and I believe this online lecture will benefit all magicians. I’m super surprised and excited that he's teaching Party Popper Prediction!" -Shawn Farquhar
"Eric Buss surprises me all the time with his creative and very funny approach to magic. He took one of my effects and made it better than the original. Honestly that's a little annoying, but I will be first in line to see this lecture!!!" -Kevin James
"I consider Eric to be one of the most creative "mad scientists" in Magic!. The things he dreams up are damn cool. Love his stuff!" -Chipper Lowell

Stuck Up- This is a new topsy turvy glue bottle routine. While demonstrating that glue is best kept in a dark tube, the magician gets more and more confused as the bottle ALWAYS seems to be upright, even after flipping it upside down.
Party Popper Prediction- This is a parlor version of one of Eric's popular finales. Based on the old "chair prediction" premise, 3 volunteers are brought to the stage and handed random items. After trading multiple items with each other multiple times, we learn that the colors of the items all match in the end. The bonus… some of the items being traded are CONFETTI poppers!!!
Confetti Cannon- How to alter a "stomp rocket" toy into a safe, easy-to-use confetti launcher. A great ending for kids’ shows.
Paper Magic Wand- After a magic wand fails to help find the spectator's card, we discover that it's not actually a wand… it's just a piece of paper rolled up. Upon unrolling it, we see the black part of the wand "transform" into the selected card.
iMeasure- The magician can borrow anyone's cell phone and pull a real tape measure out of the side. After the tape measure retracts back in, the cell phone is handed back to the spectator. Great for walk around.
In addition to teaching some awesome tricks Eric discusses how to visualize success, bombing and failure, and shares some of his favorite tv appearances and so much more!

Eric Buss was born in Tucson, Arizona. When he was born, the doctors all laughed at him. That laughter gave Eric a rush, and at the age of seven seconds he knew he wanted to make people laugh when he grew up… Later at the ripe age of 8, he learned how to tinker in his dad's workshop.  Then, at age 16, he started learning magic tricks. When he successfully merged his passion for building with his magical skills he knew right then and there (according to this Bio) that he wanted to be a professional comedy magician who would build his own original props. He has never looked back.
Although most would agree that his gadgets are totally awesome, it's Eric's personality that wins audiences over. His high-energy, and hilarious act has been called, "Pure Art, Pure Madness!" It combines crazy inventions and Eric's high-octane sugar rush of comedy into a non-stop ride of mischief and magical gadgetry that most people could never imagine. Eric not only imagined it, he turned it into an award-winning act that he has performed around the world and on "The Late Show" with David Letterman. In fact, Letterman called his performance "Tremendous, sensational, and beautiful." And, as 10 million people watched, he managed to win over one of the most difficult audiences in television- the audience of "America's Got Talent."
A Second City Comedy School graduate, he has performed on five continents and on TV in seven countries, including a one-hour Korean television special solely dedicated to his performance. Other career highlights include appearances on the "Jerry Lewis MDA Telethon" and the "Just for Laughs" Comedy Festival in Montreal, and entertaining U.S. troops in Afghanistan.
Now, at the age of "adult," Eric spends most of his time pursuing his childhood passions either in his own workshop in Los Angeles or on stages around the world performing his clever brand of comedy, glued to his unique style of magic, bolted to his original props, duck-taped to his energetic personality. Audiences love the results!

Purchase this product and on December 19th anytime after 12:00pm Eastern, click the MyPenguinMagic area at the top of the Penguin site. You'll see the "learn" button appear next to this lecture. 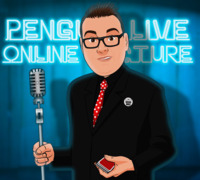 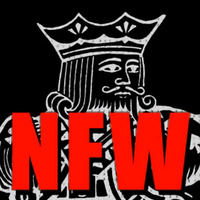 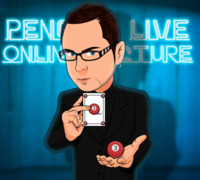 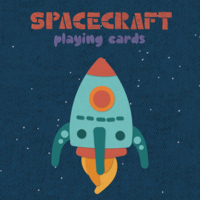