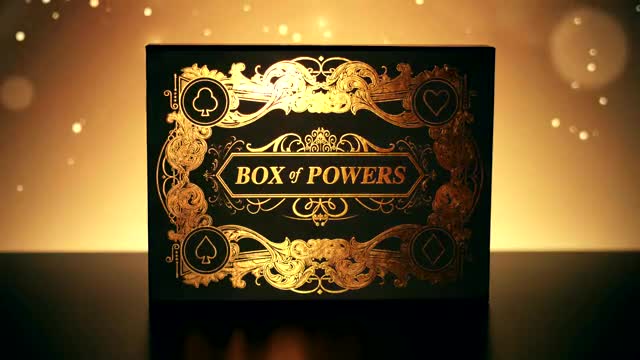 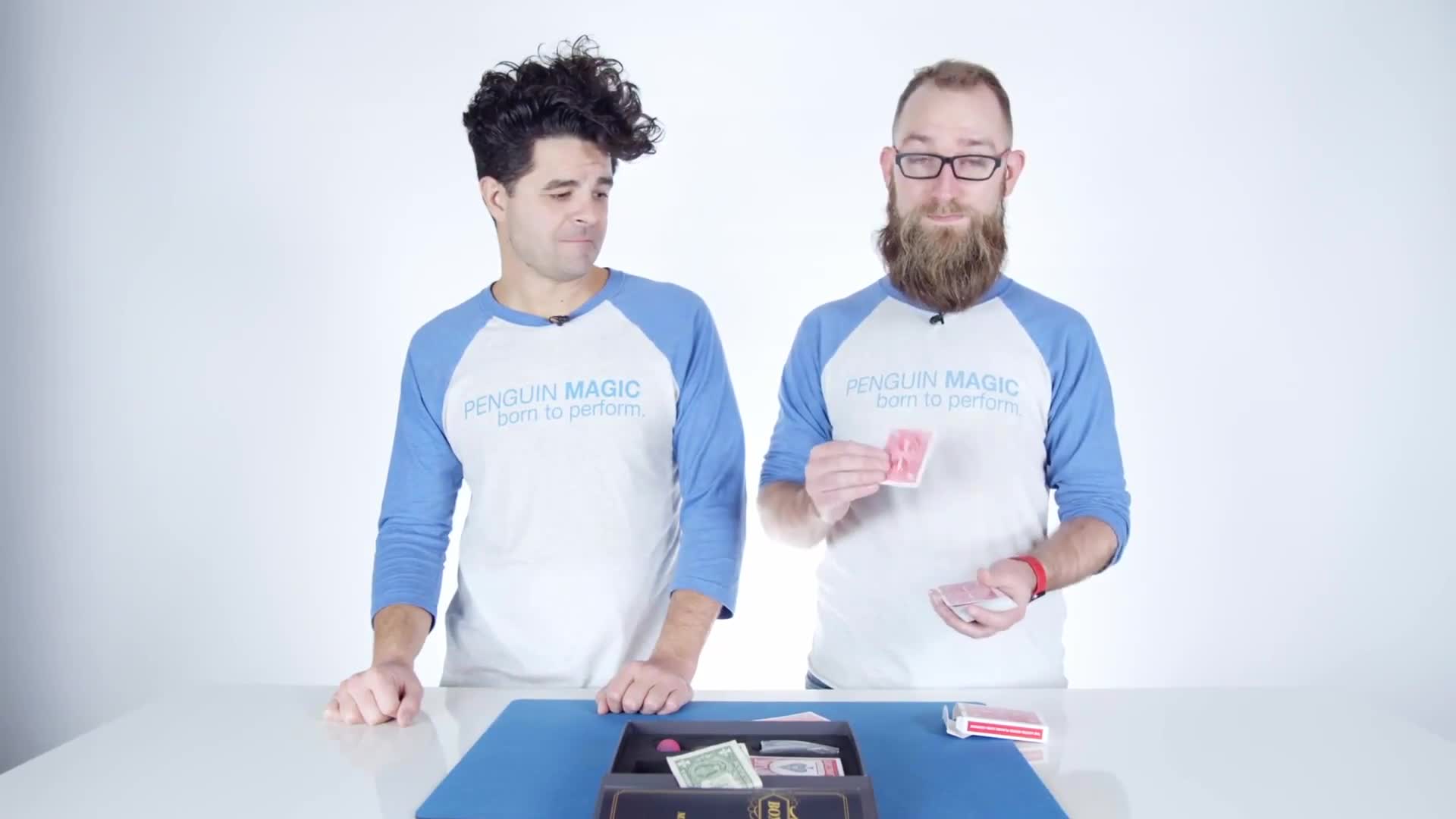 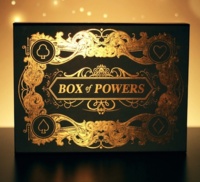 Today, when you order "The Box of Powers", you'll instantly be emailed a Penguin Magic gift certificate. You can spend it on anything you like at Penguin, just like cash. Just complete your order as normal, and within seconds you'll get an email with your gift certificate.

The Box of Powers

The best magic kit for any skill level. These 5 hand-picked tricks are used by professional magicians, yet easy enough to learn quickly. ONLY 109 LEFT. FREE SHIPPING.

All over the world, people ask the question, “How do I become a magician?” Now that question has one easy answer, and it is The Box of Powers. This brand new magic kit from Penguin Magic contains five of the most powerful beginners’ magic tricks of all time. These tricks are so strong that they have been performed on television by some of the most famous magicians in the world but so easy to do that a child can fool their parents minutes after opening the box. Designed from the ground up to be the perfect introduction to magic, this is The Box Of Powers from Penguin Magic.

Raven Mini
This utility device will allow you to make small objects appear, vanish, and transform. All you have to do is wave your hand over an object, and the magic happens. The Raven Mini is a compact version of one of the greatest magic devices of all time. When you wear it, you’ll feel like you can perform real miracles.

Card-Toon
One of the greatest card tricks of all time. On the back of a deck of cards, a small stick figure has been drawn. When you flip through the cards, the little drawing animates just like a flipbook. The magic happens when your audience freely names any card in the deck. No matter what they say, the little drawing will reveal the chosen card. This trick is so good it’s even appeared on Penn & Teller: Fool Us!

Money Ball
A quick visual trick where you transform a quarter into a bouncy ball. The perfect entry into sleight of hand for any beginner. You will learn to borrow a quarter and magically transform it into a bouncy ball that can be handed out for examination. It’s not only visual but also easy to do.

Stealth Pen
Carried by magicians all over the world, the Stealth Pen allows you to perform amazing magic with borrowed money. Have anyone hand you any bill from anywhere in the world. Stab the pen through the money. Show the bill on both sides to see that the pen is clearly penetrating the bill. Then rip the pen to the side, and you can hear the bill tearing. Despite this rough treatment upon closer examination, the bill is completely restored. This amazing pen is carried by professionals all over the world and practically does all the work for you.

Marked Cards
No magic kit would be complete without specially marked cards, and this kit contains the very best deck of marked cards in the world. The Penguin Marked Deck is used by professionals and hobbyists alike. It’s clearly marked so you can know the identity of every card in the deck, but the markings are so cleverly hidden that your audience will never find them. This deck will allow you to easily perform tricks that will make you look like a master magician.

The Box Of Powers comes with written instructions for all five of these incredible tricks, as well as a professionally produced video tutorial so anyone can start learning magic immediately. These tricks were specifically chosen by some of the best magicians in the world to be the perfect introduction to magic, whether you’re a kid on Christmas morning or an adult looking to be the life of the party. Once you open the box, you will be performing miracles in mere moments. This is The Box Of Powers from Penguin Magic.

Powerful magic Report this review
Verified buyer Pro Privacy ON (login to see reviewer names) on August 3rd, 2022
The Box of Powers delivers. I didn't own a Raven (mini) (this is what got my attention), nor Cardtoon or Moneyball yet.
Cardtoon and Moneyball are very strong visual pieces of magic.
The pen through anything is a good rendition (but Ignition is still my EDC) and the P3 Marked deck is also a very usable deck.
The tutorials for the tricks are very good. The marked deck tutorial is great; it tells you everything you need to know about using marked decks properly.
2 of 2 magicians found this helpful.
Did this review help you? Do you want to respond to this review?

Excellent starting point! Report this review
Verified buyer Pro Privacy ON (login to see reviewer names) on January 18th, 2022
If you are new or still developing as a beginner in magic, this would be my recommendation. Huge "bang for your buck" that doesn't disappoint!
2 of 2 magicians found this helpful.
Did this review help you? Do you want to respond to this review?

So Good!! Report this review
Verified buyer Pro Privacy ON (login to see reviewer names) on February 1st, 2022
I agree with everything that has been being said on the Penguin videos about this box, not only are the tricks great, but they all can tie together seamlessly into routines which are encouraged by the instructions and videos that are absolutely top notch!! Does more than just get you started into magic, it really has the potential to open up an amazing world of imagination for you! Not a trick or prop in here that isn’t essential👍🏻
1 of 1 magicians found this helpful.
Did this review help you? Do you want to respond to this review?

Wonder-filled magical thinkinh Report this review
Verified buyer Pro Privacy ON (login to see reviewer names) on September 27th, 2022
The pen gimmick is simply perfect. The bouncy ball is a classic switch. Marked cards teach well. The animation is a disappointment. The cards are too stiff. The narrative is obvious and forced. A great percentage of hits.
Did this review help you? Do you want to respond to this review?

COOL Report this review
Verified buyer Pro Privacy ON (login to see reviewer names) on January 18th, 2022
Well worth my money!! Love the tricks..
Did this review help you? Do you want to respond to this review?

a bit pricy Report this review
Pro Privacy ON (login to see reviewer names) on March 11th, 2022
at 60$, seems a bit overpriced
1 of 4 magicians found this helpful.
Did this review help you? 1 comment
Bestsellers