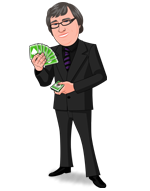 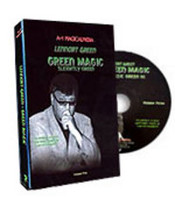 Today, when you order "Green Magic Lennart Green Vol. 5", you'll instantly be emailed a Penguin Magic gift certificate. You can spend it on anything you like at Penguin, just like cash. Just complete your order as normal, and within seconds you'll get an email with your gift certificate.

There is no one else in the world quite like Sweden's Lennart Green. He is a true original, both in life and in magic, and this originality really shines through in this incredible and hilarious performances. He is in constant demand all over the world, including his tour de force appearance on NBC's World's Greatest Magic. Lennart Green does things with a deck of cards that no one else has ever done before and now he's ready to teach YOU.

Just how good is Lennart Green? Well, some years ago he competed at the F.I.S.M. World Championship of Magic. He lost! Why? Because his was so thoroughly amazing and impossible that the judges accused him of cheating and using trick cards! Fast forward to the next F.I.S.M. Lennart performed the same act, but this time the judges were satisfied that Lennart was indeed using a straight deck. When the dust had settled. It wasn't even close. They had no choice but to award Lennart Green the title of World Champion Magician!

Volume 5 contains a potpourri of Lennart's innovative card work, including items with a gambling theme. You will also be treated to an entire chapter on original and deceptive false cuts, something for which Lennart is extremely well-revered. Follow a false shuffle with a strong false cut and your card magic will be all that much stronger. This volume is a must for any lover of card magic!

* Side Steal & Steal from Center