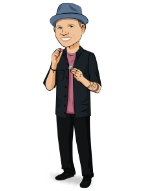 Today, when you order "Nathan Kranzo LIVE", you'll instantly be emailed a Penguin Magic gift certificate. You can spend it on anything you like at Penguin, just like cash. Just complete your order as normal, and within seconds you'll get an email with your gift certificate.

This event was filmed LIVE on January 28th, 2012. When you order today you gain access to download the full 2-hour lecture.

If you could ask ONE question to one of the hardest working pro magicians in the world, what would it be?

If you’ve never been to a magic lecture, there’s never been a better time. This Saturday at 7:00pm, we’re live-streaming Nate Kranzo in a spectacular 2-hour interactive online lecture.

Reserve your seat anyway. Within hours of ending, you’ll be able to download and/or watch the full lecture on-demand, and go over all the great routines and subtleties as many times as you want. It’ll be waiting for you in your “MyPenguinMagic” area.

Magicians flock to see “workers” give talks. Why? Because these guys see and learn things that you won’t find in any book or DVD. Yes, Nate will be teaching some incredibly powerful A-material, but the INVALUABLE stuff will be the insight he shares along the way.

Most recently Nate was a consultant for Penn and Tellers NBC special Off The Deep End. Kranzo’s original magic creations have been published in Magic Magazine, Genii Magazine, The Penumbra, Antinomy, Channel One, and The Linking Ring Magazine. Nathan has performed and lectured all over the United States as well as Canada, Mexico, France, England, Holland, and Japan. He is the other half of the TWO PROS TALKING web series. Kranzo has also been a columnist for MUM Magazine for the last four years.

From among his many masterpieces, Nate will be teaching the “real work” on his best-seller “No Smoking Zone”, Voodoo Card, Mean Coin Routine, Mene Teckel Miracles and many more. Plus tons of insight on theory, walk-around, and comedy. http://www.penguinmagic.com/p/2624

The tradition of magic lectures has a long history. Way before DVDs, and even before most books, magicians have been passing down their secrets to the next generation face-to-face. It’s endured for centuries, and for good reason. You just can’t beat live interactive learning.

Reserve your seat today. Event begins promptly at 7:00pm Eastern on January 28th, 2012. Before 7:00pm go to your MyPenguinMagic. You will also be able to download the full event on January 29th.

DON’T MISS THE FUN: Check out what he’s going to try to stuff into this lecture:

PSYCHOMATIC DECK Another brand new release from Kranzo. Kranzo will teach you how to use this old gem of a deck. A person cuts to a card and peeks at it while you are across the room and you then read their mind and tell the the card with NO pumping. Watch Kranzo perform it here:
http://www.penguinmagic.com/p/2611

THE VOODOO CARD This is a great routine that is a real WORKER a card apparently BURNS in their hands and they are left with an amazing souvenir.

THE MEAN COIN ROUTINE This is a routine that Kranzo uses as an opener for small groups. It combines visual magic with comedy.

Comedy Thought Of Card Revelation A card called out by an audience member is predicted with no palming. Self working and NO index in your pants LOL! This always brings down the house. Kranzo also teaches versions with your pocket, and even an envelope.

Stiletto Use a knife to dramatically stab THRU the deck directly at the exact location of the card they are thinking of!!! This one is smart, sexy and dangerous.

Plus Kranzo’s work with comedy and gags, how to APPROACH PEOPLE WHEN PERFORMING…..Kranzo’s finesse of The Haunted Pack…….All this and much more!

LOVED IT!!! Report this review
Verified buyer Pro Privacy ON (login to see reviewer names) on February 22nd, 2012
Great guy. Great Tricks. you should give this a Look... I Loved it.
1 of 1 magicians found this helpful.
Did this review help you? Do you want to respond to this review?

Nate Kranzo LIVE: Report this review
Verified buyer Pro Privacy ON (login to see reviewer names) on April 7th, 2012
THis was like seeing Kranzo lecture live. He tipped the good stuff. He gave away hundreds of dollars worth of material.

These lectures are like being there. PLEASE keep them coming.

Thanks Acar and Paper Crane!

Chris
1 of 2 magicians found this helpful.
Did this review help you? Do you want to respond to this review?

Great comedy magic Report this review
Verified buyer Pro Privacy ON (login to see reviewer names) on January 27th, 2019
Im a local to nathan. Grew up with him. Great job kranzo.
Did this review help you? Do you want to respond to this review?

Perfect Report this review
Verified buyer Pro Privacy ON (login to see reviewer names) on April 8th, 2012
great great lecture. all there is to it!!
Did this review help you? Do you want to respond to this review?

Review of Nate Kranzo lecture Report this review
Verified buyer Pro Privacy ON (login to see reviewer names) on April 7th, 2012
For the first live online lecture that I have seen, I thought this was an excellent lecture. Some excellent material was taught by Nate, and he was very personable. My only suggestion to improve would be to somehow provide some close-up shots of the hands for the more intricate moves. Otherwise, a very satisfying lecture.
Did this review help you? Do you want to respond to this review?

FANTASTIC! Report this review
Verified buyer Pro Privacy ON (login to see reviewer names) on January 29th, 2012
This was an excellent lecture. There was so much covered. Everything from little subtleties, to great tricks, to full-on restaurant gig advice. Nate is hilarious and this lecture is easily worth the 20 bucks. Great job!
Did this review help you? Do you want to respond to this review?

Oh my God... Report this review
Verified buyer Pro Privacy ON (login to see reviewer names) on January 28th, 2012
That was so inspiring...even if you missed the live lecture you need to buy this...he goes over so much, you are bound to get inspiring material that you will use...I am so happy I bought this
Did this review help you? Do you want to respond to this review?
Bestsellers 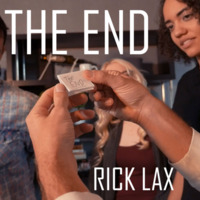