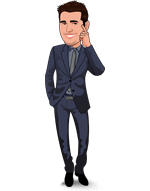 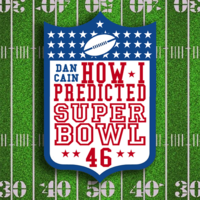 Today, when you order "How I predicted Super Bowl 46 by Dan Cain", you'll instantly be emailed a Penguin Magic gift certificate. You can spend it on anything you like at Penguin, just like cash. Just complete your order as normal, and within seconds you'll get an email with your gift certificate.

How I predicted Super Bowl 46 by Dan Cain (Instant Download)

I enjoyed reading all the different aspects of your Superbowl prediction. Anyone contemplating doing a stunt like this would learn a lot from your book." -Richard Osterlind

"Dan Cain's How I Predicted the Super Bowl really is a great piece of work. Not only does Dan explain how the prediction was made (the 'trick' element if you like), but he takes time to explain how to gain a ton of free publicity from the prediction. Mentalists have historically used headline predictions to promote themselves and shows they are performing. Dan takes this idea to the next level by explaining how to involve local businesses, venues, newspapers and radio stations, and how to give the actual day of the prediction reveal a party atmosphere! I loved reading Dan's book, and was grateful to be given an insight into the mind of someone who is clearly passionate about mentalism. This is a great piece of work, and should be read by anyone with an interest in magic and mentalism, whether a seasoned professional or a newcomer to the business." -Paul Voodini

Legend! That's the cheekiest, boldest thing I've seen in a seen in mentalism for a while! ...a stroke of genius!" -Christo Nicolle, Thaumaturgy, UK

"This is a MUST READ, because it not only reveals the method, but the marketing that happened months earlier." -Charlie Joseph, DKOM President

"The BEST step by step how-to book for publicity stunts for mentalists since 13 Steps to Mentalism by Corinda! There is no reason any mentalist can't further advance their career with these clear, concise, easy to follow directions!" -Laura Eisele, Talent Coordinator for Full Circle Magic

Are you just starting out in the wonderful world of magic and mentalism? Or are you a seasoned professional and feel like you are in some sort of a rut with how things are going in your career?

Whether you are a novice or professional this book can help you get that boost you need in your entertainment career.

This book will teach you the techniques used by Mentalist Dan Cain to gain notoriety in newspapers, television, radio and just about any other media outlet.

This is a FULL mentalism routine, a PROVEN marketing strategy and a GOLDEN opportunity for you to take your career to a higher level.

Dan Cain is a professional corporate entertainer specializing in the Art of Mentalism who has confounded audiences for over a decade. He has taught students in the art of magic in more than 30 countries while working with a major network company. He has studied psychology, spiritualism, Biblical symbolism, and other various esoteric subjects. He has created his own illusions and is scheduled to release a dvd in 2013 that will teach other magicians the secret to one of his signature tricks.

It has been said by Mr. Cain, "Everything should be tested and subjected to the analytical mind."

Consequently, his demonstrations are presented from the standpoint of entertaining his audience. His demonstrations include experiments of that "sixth sense," close up illusions, and comedic relief. He uses individuals in his audience who are unknown to him for his "telepathic demonstrations." He makes them the actual recipients of telepathy and mental pictures which he climatically reveals.

Inspired enough to do something like this. Report this review
Pro Privacy ON (login to see reviewer names) on May 8th, 2013
Like all great magic and mentalism this is a simple effect. When I say simple is best it is because it is easy to understand and therefore there is no confusion in the mind of the audience. That to me is key to great reactions. Dan Cain delivers a method wrapped in a well thought out and well written guideline which contains some great psychological tips and tricks to enable a performer to pull off an outstanding piece of showcase mentalism. You are not limited to predicting sporting events with this method, performed correctly as Dan tells, you could predict anything. If you want to get your name known and you want the publicity and if you think you are ready for it, then I highly recommend this PDF.
I am hoping to do something like this soon myself. Thanks Dan.

Edward Mann
Admin for FullCircleMagic facebook group
2 of 2 magicians found this helpful.
Did this review help you? Do you want to respond to this review?

Not a gimmick but a system. Report this review
Verified buyer Pro Privacy ON (login to see reviewer names) on July 18th, 2013
I picked this up from Penguin a few days ago. I wanted to get it not because I was interested in the method of how Dan did the predictions but I was interested in using a prediction as a marketing tool. That is exactly what you are getting. You do not receive some new elaborate prediction method. The method goes back to the days of Corinda. However Dan does use this method in an extremely bold way. What you get in this book is step by step what he did to garner a tremendous amount of publicity by using a headline or Superbowl Prediction. I am producing a new show starting in July and this book was right up my alley of what I needed. I was looking for a way to draw up lots of attention in a magical way. This will certainly do it. You get a great cause to benefit, you get lots of the town officials involved, you get publicity in steps not just for the day of the prediction. People will be talking about the event before and after the day the prediction is read. You will get lots of free media attention. You will automatically get a status position in your community. Dan tells you the way he accomplished this effect and tells you other ways you can achieve it using props that will cost you pennies all the way up to ,000.

The thing is you could probably do the stuff in this book on your own but it would take a lot of trial and error on your part. Dan Cain has given you a great prediction effect and if you follow the steps in the book you will guarantee yourself's a great amount of marketing and publicity for a small amount of effort. I thought this was extremely beneficial for what I want to do and it is completely worth the cost. Most of the time if you get marketing magic books they give you a Hodge Podge of ideas and it is up for you to see what sticks and what works. This is the exact method Dan used a number of times to gain media exposure and publicity and If you follow everything I know it will work for you the exact same way.

Highly Recommended
1 of 1 magicians found this helpful.
Did this review help you? Do you want to respond to this review?

Great Opportunity Report this review
Pro Privacy ON (login to see reviewer names) on July 18th, 2013
I grabbed this because I respect endorsements by Osterlind and Voodini. I'm glad I did.
I'm not sure why a couple people have given this a negative review. It seems that they thought they would be getting a trick or something. But this book is an amazing MARKETING STRATEGY as it states above. Using the information in the book I've already secured a location to do my very own prediction event, as well as sponsors!! I'm excited!!
I didn't know who Dan Cain was prior to this purchase but I see now there are other items on Penguin by him. I'm going to check them out now!
1 of 1 magicians found this helpful.
Did this review help you? Do you want to respond to this review?

Fast Track to Fame Report this review
Pro Privacy ON (login to see reviewer names) on June 6th, 2013
I was trying to figure out a way to do a publicity event recently. I read Dan's book and it was the equivalent of seeing my own future! I knew exactly what needed to be done to reap the media reward I wanted. If you want a fast track to fame then I have three words for you --- ADD TO CART!!!!
1 of 1 magicians found this helpful.
Did this review help you? Do you want to respond to this review?

Phenomenal!!! Report this review
Pro Privacy ON (login to see reviewer names) on May 28th, 2013
I tested out the no cost version that Mr. Cain mentioned in this book on some family members just to see if it would work. Not only did it work but now my family thinks I'm virtually a prophet!!! I wish I was the only one with this knowledge because I certainly would NOT have sold it to anyone. THIS INFO IS GOLD. Mr. Cain is also extremely helpful. I had a question about something and contacted him through the contact info in the book and he responded extremely quickly! This book is a gem!
1 of 1 magicians found this helpful.
Did this review help you? Do you want to respond to this review?

Genius in simplicity Report this review
Pro Privacy ON (login to see reviewer names) on May 23rd, 2013
I don't mean to take anything away by using the word simplicity in the Title. This book has made me look at getting media attention so differently. Mr. Cain makes the process so easily attainable it would be ridiculous not to utilize his methods. I can also truly appreciate the psychological subtleties he employs before, during, and after the reveal. Amazing!
1 of 1 magicians found this helpful.
Did this review help you? Do you want to respond to this review?

OMG!!! Report this review
Pro Privacy ON (login to see reviewer names) on May 23rd, 2013
OMG!!! I always thought holding a prediction event would be so much work. I never in a million years thought I could do something like this. This is the first time I've heard of the Mentalist Dan Cain but I'm definitely going to apply his step by step instructions in this book. 5 STARS!!!!
1 of 1 magicians found this helpful.
Did this review help you? Do you want to respond to this review?

Scam Report this review
Verified buyer Pro Privacy ON (login to see reviewer names) on July 7th, 2013
It am very disappointed with this e-book. Very little content with really big letters and expensive. The author only remarks "make publicity", "I'm great", and the trick is left in the background.

Don't buy this.
0 of 1 magicians found this helpful.
Did this review help you? Do you want to respond to this review?

Avoid ! Report this review
Verified buyer Pro Privacy ON (login to see reviewer names) on June 13th, 2013
The title should have been "How I predicted Super Bowl 46 and managed to sell a PDF with nothing Inside for 40 $"

Really nothing worthy Inside this joke PDF.

Few pages, big letters. For the manipulation itself, just a reference to another gimmick. And a lot of words just to say : "Do some adverts for your predictions... in shop, in magazine, in newspaper and on internet. (and at the end, on penguin to earn more bucks).

That's a how to make a promotion campaign, not a magic trick.

Avoid !
0 of 2 magicians found this helpful.
Did this review help you? Do you want to respond to this review?
Bestsellers