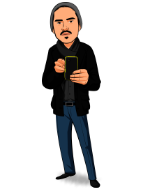 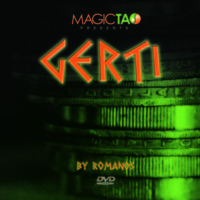 Looking for the US or EURO version?

A miracle in your pocket! Report this review
Pro Privacy ON (login to see reviewer names) on August 3rd, 2013
I've been using the U.S. quarter Gerti and it's a winner. The DVD is well done with thorough explanations and extra routines.

People are gobsmacked that you can know which quarter is where based on their tells. I'll carry this with me, always!
1 of 1 magicians found this helpful.
Did this review help you? Do you want to respond to this review?

Gerti by romanos Report this review
Verified buyer Pro Privacy ON (login to see reviewer names) on June 19th, 2013
A fantastic trick have performed it 11 times up to now easy to do love it
1 of 1 magicians found this helpful.
Did this review help you? Do you want to respond to this review?
Bestsellers