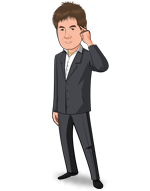 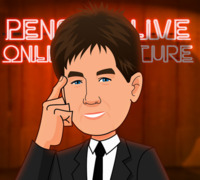 Today, when you order "Richard Osterlind LIVE 2: Pocket Mentalism", you'll instantly be emailed a Penguin Magic gift certificate. You can spend it on anything you like at Penguin, just like cash. Just complete your order as normal, and within seconds you'll get an email with your gift certificate.

4 1/2 HOURS of some of the most important things he's learned in the 40 years that he's been a mentalist. SUPPORT LIVE MAGIC. DOWNLOAD THE FULL LECTURE TODAY

“I have read and watched everything Richard has offered our community. This man doesn’t just talk the talk, he walks the walk, for many years, for hundreds if not thousands of clients around the world, and he still does to this day.” –Marc Spellman

“Richard Osterlind is one of the most prolific, creative, and influential mentalists working today. But I would think you already know this.” –Jheff

“Richard Osterlind is not only a performer, but a creator of outstanding mentalism. He has put in the years. He has made all the mistakes … and fixed them. Do yourself a favor and learn from him.” –Greg Arce

“In my new Penguin lecture I propose to teach you some of the most important things about mentalism I have learned in my 40 years of performing!” -Richard Osterlind

Richard's first appearance at Penguin LIVE was a three-and-a-half hour, five-star, knockout performance with rave reviews and now he's back for more!

As you already know, Richard is truly an encyclopedia of mentalism and you never know what he will do next.

He has so much material, it's hard for him to narrow it down and pack it all into just one lecture. So we asked him to come up with a few of his favorite things that don’t require too much work and are not hard to make, yet still have incredible impact.

Here are just a few of the routines he plans to perform and teach: And, of course, most of these routines have been updated over the years, so even if you've learned the originals, you'll want to get the latest work.

In addition to the methods, Richard will also share WHY each phrase of each routine is constructed AS IT IS to get the maximum impact from the audience.

In this lecture, Richard plans to teach some of the most important things about mentalism that he has learned in his 40 years of performing.

Richard Osterlind is considered by many to be the foremost mentalist performing in the English language today. His unique mix of natural warmth with an almost supernatural ability to read thoughts, bend metal objects with his mind, and scores of other amazing demonstrations, has made him one of the most sought-after corporate entertainers in the world.

Whether drawing large crowds to trade show booths, garnering standing ovations at corporate events, or stunning intimate groups in hospitality suites, Richard Osterlind possesses a flexibility that guarantees that he'll be the most talked-about entertainer you've ever engaged.

He's appeared all over the world - from Beijing to Boston, Monte Carlo to Mexico City, Calgary to Cleveland. Perhaps the biggest testimony to his talents is that he's been invited for return engagements by many of the CEO's and event planners he has amazed year after year.

If you've never been to a magic lecture, theres never been a better time. Sunday November 17th at 7:00pm, were live-streaming Richard Osterlind in a spectacular 2-hour interactive online lecture. Watch, ask questions and learn things you won't find in any book or DVD.

A+ material! Report this review
Pro Privacy ON (login to see reviewer names) on November 17th, 2013
4 + hrs. of non-stop, hard hitting magic and mentalism that can be done close-up or stage.

Richard not only taught effects right out his of working repertoire, but he gave the inside tips gleaned form a 40 year professional career! His real word experience will shave of years of trial and error on performing these miracles.

His spoon bending routine and techniques make it look real. It's fast and visual, leaving you to concentrate on your performance. It can be done close up, right in front of them.

This was one of the best lectures, ever!
6 of 7 magicians found this helpful.
Did this review help you? Do you want to respond to this review?

The master rants, but that's ok Report this review
Verified buyer Pro Privacy ON (login to see reviewer names) on November 26th, 2013
Osterlind is possibly my favorite performer of mentalism (sorry, everyone else!) and his videos have been my main inspiration as a beginner. My admiration for him is almost boundless. Almost everything he does is just superior. Pocket Mentalism is a GREAT lecture, full (as usual) of incredibly inspiring and exciting material, all of which is very usable. Even if he's presenting stuff I already know from other videos of him, he always manages to add some new detail or subtlety that makes it worth watching.

The only limit in this lecture to me is the strange amount of rants that he launches himself in. Many will enjoy seeing that personal side of him, and many will find precious insights about the philosophy and conceptual framing of mentalism. Personally I just felt that they were distracting, and didn't get much out of them. They weakened the overall performance by giving it at times a feeling of "grumpiness". That being said, the man rocks, and the stuff he shows in the lecture is high quality. Recommended!!
5 of 5 magicians found this helpful.
Did this review help you? Do you want to respond to this review?

Richard Osterlind provides great insight Report this review
Verified buyer Pro Privacy ON (login to see reviewer names) on July 14th, 2016
I wanted to try some mentalism effects and decided to try this lecture. First the effects are great but I really enjoyed Richard's thoughts and insights. Perhaps my favorite is his emphasis on believing your magic is real. This becomes so apparent as he discusses spoon bending. I also absolutely love his performance style. He has a very natural and appealing style that has inspired me to try to bring my natural personality out during performances. Afterwards I immediately purchased a couple of Osterlind's DVDs to learn more. What an outstanding lecture.
2 of 2 magicians found this helpful.
Did this review help you? Do you want to respond to this review?

Get this immediately Report this review
Verified buyer Pro Privacy ON (login to see reviewer names) on January 10th, 2016
Again I will reiterate from Part 1 Apart from the rants & beef out burst ,you have to respect Richard Osterlind`s knowledge & insights! unquestionably the quintessential Master when it comes to professionalismin in terms of his craft ,This lecture is a most for every aspiring mentalist ,in fact they must have all of his published material Video or book form as part of their studies, it wouid a foolish mistake not to!
Again Penguin needs to establish a lecture organizational
Structured protocol for their artist as a guide line its imperative !Dan Harlan is the Perfect host
His experienced professionalism & command keep these lecture from drifting & falling apart !all In all its always a great study
In observation from a true Living master of the old school lineage vs the new yuppie mentalism circuit of the day .I am in no way talking away their virtues & contribution in the art evolutionary process ,as they are amazing in their own right
2 of 2 magicians found this helpful.
Did this review help you? Do you want to respond to this review?

Richard Osterlind is the man!!! Report this review
Verified buyer Pro Privacy ON (login to see reviewer names) on November 18th, 2013
I was very impressed with Richard's previous Penguin lecture but I believe that this one is even better. I didn't get to watch the whole event live and I'm now waiting for it to upload, but the bits that I saw were practical yet first class mentalism instructional content. I'm really looking forward to watching the whole lecture because everything I saw live was exactly the type of mentalism that I'm into, which is practical and surerfire.
2 of 2 magicians found this helpful.
Did this review help you? Do you want to respond to this review?

Don't miss this one! Report this review
Verified buyer Pro Privacy ON (login to see reviewer names) on April 18th, 2019
Actually I don't want you to buy this, I want them all for myself! This is a great lecture by Richard Osterlind. I would say if you want to step up your mentalism game this is the one you want to buy! Not being very clever myself, some of these I have to watch a couple of times to see how to do it. Others could not be easier.
I simply couldn't say enough good things about this set!
Buy it! Don't be stoopid!
1 of 1 magicians found this helpful.
Did this review help you? Do you want to respond to this review?

Pocket mentalism Report this review
Pro Privacy ON (login to see reviewer names) on October 11th, 2018
Great routines...mr osterlind is an excellent teacher..goes in to all details...why he does it..psychology of the methods.he is fun and can show you how to entertain audiences with mentalism close up routines,making them fun and at the same time interesting.
1 of 1 magicians found this helpful.
Did this review help you? Do you want to respond to this review?

AMAZING... Report this review
Verified buyer Pro Privacy ON (login to see reviewer names) on October 16th, 2020
What an insane amount of material. This is by far the lecture I've gotten the most material from. From the very first effect to the last, what you get here are is workable and most of the effects require minimal sleights and not a lot of props.
Did this review help you? Do you want to respond to this review?

Everything is doable. Report this review
Verified buyer Pro Privacy ON (login to see reviewer names) on November 5th, 2019
There is one "force" Richard Osterlind teaches that I wish he would not have shared. It is so amazing and doable. You'll have to find it for yourself. I'm not telling you.

I loved the lecture. Everything is doable. I learned a ton. I also learned a great deal from his "rant".
Did this review help you? Do you want to respond to this review?
Load more reviews
Bestsellers