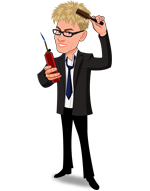 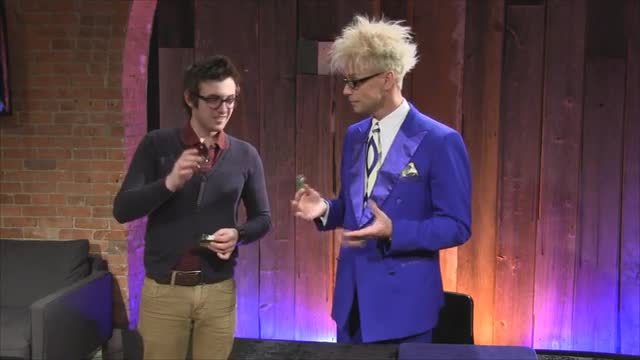 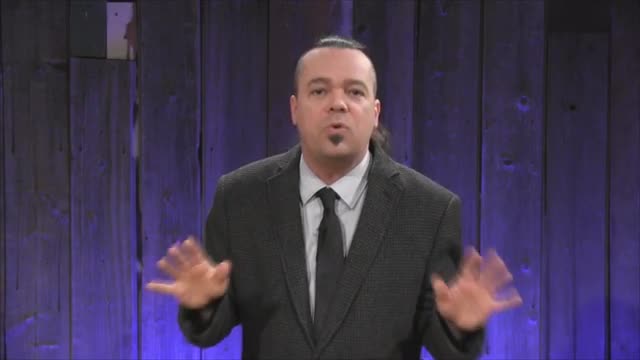 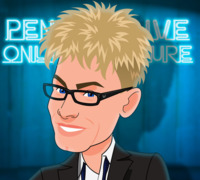 Today, when you order "Murray Sawchuck LIVE", you'll instantly be emailed a Penguin Magic gift certificate. You can spend it on anything you like at Penguin, just like cash. Just complete your order as normal, and within seconds you'll get an email with your gift certificate.

One of the most unique and talented pro's around came to Penguin for an incredible 4-HOUR live event. SUPPORT LIVE MAGIC. DOWNLOAD THE FULL LECTURE TODAY.

"You are in a CLASS of your own... A mark of true talent!"-Franz Harary

"GREAT JOB, YOU ARE A GREAT TALENT!"-Chris Davidson

"Your act has good flare and style, in which Europeans really admire. You will have great success in the United States."-Tony Clark

His exciting and unique "CD ACT" is a welcome and refreshing magical experience to any entertainment venue. He is definitely one of the few young magicians who will take magic boldly into the next century!"-Marvin Roy 'Mr. Electric'

"Murray has always been an innovator in magic. Whether he is causing CD's to appear from nowhere and commanding the stage with big illusions he never fails to please his audiences."-Milt Larsen Owner Magic Castle

This will be a two part lecture.

Murray's Flip Over Production
This utility move can be used to instantly change a smaller object into a larger one, In a restaurant you can instantly change a matchbook into a drink coaster or a pack of Playing cards . He used it in his Signature 'CD FX Act.

Tic-Tac Lighter
Where an ordinary Tic-Tac Mint box full of mints turn into a working lighter. This is one of Murray's favorite routines he used to open with when he did walk-around restaurant magic.He will teach you how to make this at home and perform it with ease.

DVD Matrix
Four Broken pieces of a DVD are placed at the four corners of a close-up mat. Each is covered by a jumbo card. One by one the broken pieces collect under one card... then they restore to a WHOLE DVD!

He will be discussing and sharing how he took his CD Act and made it so competitive that he won over 24 international awards with it becoming a very commercial act that took him around the world for 15 years. He will be teaching people whether they do rope tricks, kids tricks etc... and how they can spin them from a normal regular trick to something memorable and commercial.

Then the last half of the lecture... which he is known for and he has never shared ANY of his Publicity Secrets publically until this lecture. He will be sharing thoughts and ideas for on how to get on TV, how to become memorable, and get in newspapers and much more.

Murray’s star power has exploded onto the entertainment scene with the charisma, personality and talent of an entertainer born to be on stage and screen, after his successful run as a semi-finalist on NBC-TV’s “America’s Got Talent.”

The #1 network summer series was viewed by over 22 million fans nationwide. Murray dazzled the judges: Piers Morgan, Sharon Osbourne and Howie Mandel by producing a Ferrari from thin air, transforming a girl locked in a cage into a 450 pound tiger and did the largest trick ever on “AGT” by vanishing an entire 1918 steam train locomotive in mere seconds.

All of these illusions took place before a “live” and national “TV” audience, and brought standing ovations from the judges.

Fans of all ages were amazed and entertained when Murray performed 3 spectacular feats of illusion on “America’s Got Talent” last season. He charmed judges Piers Morgan, Sharon Osbourne and Howie Mandel with his signature electric blonde hair, personality and talent, while working with tigers, trains, cars and beautiful assistants.Murray John SawChuck was born in Burnaby, British Columbia - Canada and always had the passion for adventure.

At age 3, he began swimming and golfing. He learned how to play the accordion, keyboard and saxophone at 5 years old. At age 7, he began dance lessons that included: ballet, Russian, swing, break dancing, ballroom, etc. He was an avid athlete and enjoyed participating in soccer, baseball, snow skiing, horseback riding, etc.

Murray’s parents, John and Arlene presented him with a Siegfried and Roy magic kit when he was 7 years old and his uncle and aunt Bill and Olga gave him a magic gift that changed his life. Murray envisioned himself as an entertainer incorporating magic, music and dance in his routines. He wanted to perform for audiences like his idols Dean Martin, Johnny Carson, Lucille Ball, Danny Kaye and Phyllis Diller.

As a teen, Murray had over 21 different jobs from bus boy to fixing bicycles, and lifeguard at local pools. He continued to entertain folks by dancing, playing the accordion and saxophone. He continued his studies and received a degree in Broadcast Communications and Journalism.

When Murray was a young man he met Marvyn and Carol Roy, a.k.a. “Mr. Electric.” The couple had toured worldwide for over 50 years and mentored Murray while he grew from an accomplished magician to an international star.

Murray was the only magician globally who invented a magic act that included the manipulation of a multitude of Compact Discs when he began his professional career.

Murray has won over 24 awards for his performances nationally and internationally and received the title of “World Champion.” He has delighted audiences in theatres from Monaco and Paris to Las Vegas and the legendary Playboy Mansion.

Murray is very proud of becoming an American Citizen 2 years ago and contributes his time and effort to helping our troops.

He hosted and performed at the “Toy Story 3” premiere for Snowball Express, an organization of 2 thousand families whose children have lost a parent in the war since 9/11. He dreams of performing on a USO tour overseas and supporting the U.S. A.

If you've never been to a magic lecture, theres never been a better time. Sunday March 23rd at 7:00pm, we're live-streaming Murray Sawchuck LIVE in a spectacular 2-hour interactive online lecture. Watch, ask questions and learn things you won't find in any book or DVD.

Incredible Lecture! Report this review
Verified buyer Pro Privacy ON (login to see reviewer names) on June 9th, 2014
I'm going to go ahead and rate this up with Oz Pearlman's Lectures, because not only is he teaching anything and everything that you need to know. But he's also giving you examples of what he's talking about and showing you tricks at the same time!

He has terrific tricks and his lecture left me with my jaw open. If you don't get this then you are crazy. He shows you how to get to at least 1 level higher.
3 of 3 magicians found this helpful.
Did this review help you? Do you want to respond to this review?

It's Murray! Report this review
Verified buyer Pro Privacy ON (login to see reviewer names) on September 5th, 2018
Murray is someone that I have had massive amounts if respect for. His approach to marketing and getting in television is something I've been looking for! His tips will get you on TV.
Did this review help you? Do you want to respond to this review?

PURE Gold! Report this review
Verified buyer Pro Privacy ON (login to see reviewer names) on September 30th, 2016
Murray gives invaluable insight on the world of entertainment and helps you build a brand.
His unique style guide, career stories and building blocks of the three "R's" are beyond the price of admission. LOVED it! HIGHLY recommend
Did this review help you? Do you want to respond to this review?

very insightful Report this review
Verified buyer Pro Privacy ON (login to see reviewer names) on April 28th, 2015
really have to thank penguin magic and Murry .I have learned quite a lot to help my career move forward
this lecture is like a ..go to manual... for success .
Did this review help you? Do you want to respond to this review?
Bestsellers