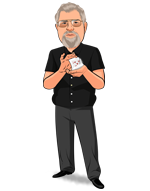 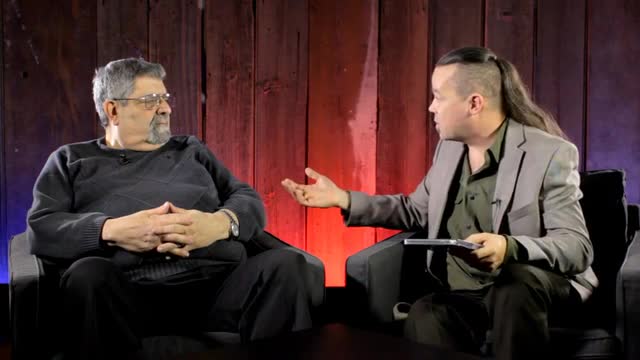 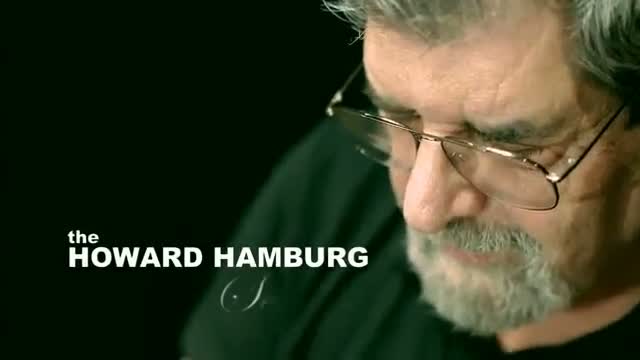 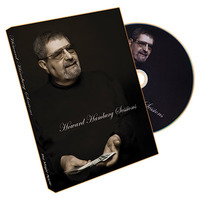 For the first time ever, you'll get to see legendary, underground card magician Howard Hamburg perform and teach some of his personal routines!

Ace, 2, 3, 4: A wonderful packet trick with Aces and a kicker ending that will no one will see coming! No gaffed Cards - This is one you have to see to believe.

Rising Card: A spectator's card mysteriously rises from the middle of a deck while inside the card box. Howard's incorporates interesting touches to this effect that was originally shown to him by Tom Craven. Everything is examinded before and after the effect! This is an impromptu miracle with no gimmicks!

19: Howard has an interesting twist on this old effect. The cards are shuffled by the spectator who then cuts them into two fairly equal packets and counts the cards in either pack. He is then instructed to is asked to remember the card at a certain number. The magician reviews the procedures used to arrive at their card and turns over the top card of the packet. The magician spells that card as he turns over a card for each letter and on the final letter, that card is the spectator's card.

Mystical 13: This has been a best-seller at Howard's Lectures throughout the United States and because it sells as a separate product - this is the performance only version of the effect

"Having a session with Howard is not only loaded with great technique but with theory, presentation and is always sparkled with great stories of past masters like Dai Vernon and Larry Jennings"
- Allan Ackerman

" Howard Hamburg, close friend and confidant of Dai Vernon and Charlie Miller, is one of the finest exponents of sleight of hand card magic that I've ever witnessed. His routines and handlings are original and exceptionally magical."
- Johnny Thompson

"If affection could be converted to cash, Howard Hamburg would be one of the wealthiest men in the world. As things stand, his finances must continue to depend on his ability to hustle rubes with his diabolical card work."
- Max Maven

"Card table aficionado and raconteur pretty much sums up Howard Hamburg. On a personal note though, his knowledge and friendship has been invaluable in my own growth as a student of magic and I know without a doubt his ideas have been thought out and refined and will become cherished additions to your repertoire."
- Dave Buck

"Listening to Howard tell stories of Vernon while showing me card tricks over lunch has got to be one of my most found memories in magic. After watching this DVD I think you will know why."
- Dan Buck

"Howard is a great teacher and skilled magician! I look forward to learning more from him soon!"
- Jeff McBride

"One of the best card men in the world that you've never heard of."
- Doc Eason
Questions about this product

Good. Report this review
Verified buyer Pro Privacy ON (login to see reviewer names) on April 23rd, 2013
There is good stuff on here for every skill level. I've already started using a lot of it. I have a few critiques on it, but not worth mentioning them. Really like the live audience too. Good purchase.
1 of 1 magicians found this helpful.
Did this review help you? Do you want to respond to this review?

Hamburg's understated, easy-going style belies the fact that he is, indeed, one devious fellow. His effects are well-honed and incredibly clever and the explanations included for each are very easy to follow. I cannot endorse this DVD strongly enough.

My only regret is that Howard hasn't been quite as prolific as other magician when it comes to releasing material; I'd put hard money down on anything he chose put out.
1 of 1 magicians found this helpful.
Did this review help you? Do you want to respond to this review?

Good Report this review
Verified buyer Pro Privacy ON (login to see reviewer names) on June 2nd, 2014
This is an interesting collection of tricks from one of the best magicians you've never heard of. Howard has a unique and laid-back style of performing, and the effects involved range from self working to medium difficulty in the sleight-of-hand department. Mystical 13, which was only performed, is a the best trick of the set, and I wish they had included the explanation on the DVD! The other explanations are fairly thorough, but I think they could have been a little more detailed and less rushed. I guess that's just Howard's style, however. Not a bad DVD, but not great either. Oh, and one more thing. Howard performs for an audience of other magicians, which kind of takes away from the whole experience. It's kind of awkward to watch the magicians act as though they are impressed, even though they clearly know how everything was done and are basically faking it. A lay audience is much better in getting you excited about learning the tricks.
Did this review help you? Do you want to respond to this review?
Bestsellers