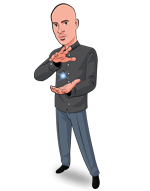 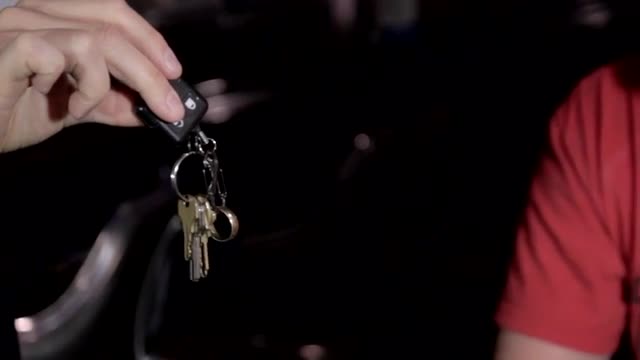 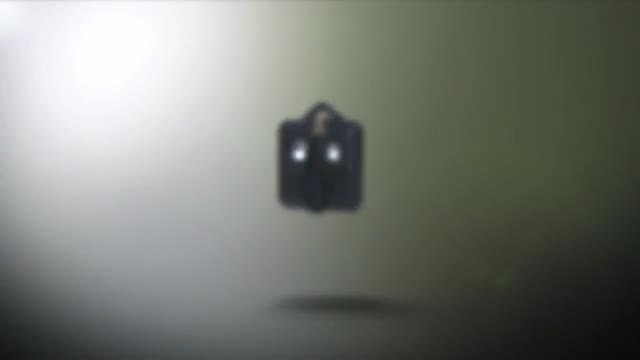 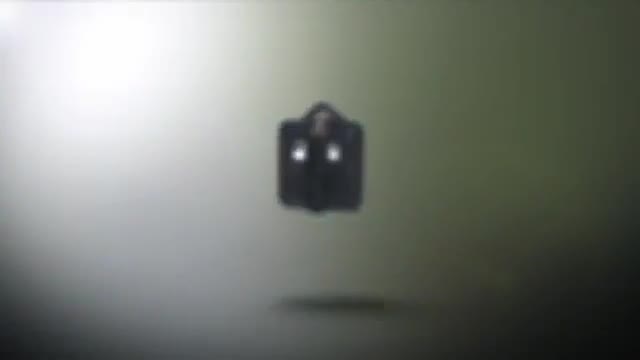 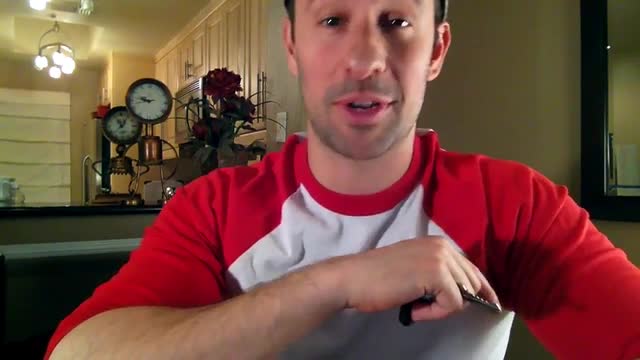 Today, when you order "Departure by Chris Smith", you'll instantly be emailed a Penguin Magic gift certificate. You can spend it on anything you like at Penguin, just like cash. Just complete your order as normal, and within seconds you'll get an email with your gift certificate.

A ring VANISHES then appears in your back pocket attached you your keyring. NOW SHIPPING. HIGHLY RECOMMENDED.

Borrow a ring , and in the cleanest way you vanish it at your fingertips - both hands are clearly empty. Reach into your back pocket and produce your keys - and their ring is on your keyring!

Introducing the world's most impossible and invisible ring flight. Departure is a pull-style flight built into a key fob that fits on your keychain.

Departure was first released in 2008 and Chris has performed it thousands of times. He took his time redesigning this new and improved version.

He's added all new features AND made it as tough as a battleship. Plus he kept the price the same!

Here’s a comprehensive list of the new features and improvements:

Smaller Housing
Takes up even less space on your keychain. Plus I added some handsome lock icons to give it an even more realistic look.

Longer Cable
Increased from 18” to 24”. This allows you to display the ring even further away from you body before the vanish. Also good if you like to perform wearing a jacket.

Teflon Cable
Designed for years of service - WILL NOT SNAP OR BREAK.

Extra Bushing
There’s an extra bushing on the housing where the cable emerges to cut down even more on friction. Friction is the enemy of a good flight.

Carabiner Clip
Makes it easy to get any size ring on the clip without even looking. Plus it just looks cool - like you just finished scaling Everest!


Wherever you go, Departure goes. Built to withstand heavy use, Departure is a ring flight that can withstand the CLOSEST scrutiny. It's whisper silent and mega powerful.

Included in the online instructions, Derek Roberts teaches his Shirt Vanish - a way to cleverly vanish any ring right under spectators' noses.

You'll also learn a stunning ring and key transposition, which climaxes with their ring appearing your keychain.

Gimmick is good but instruction is lacking Report this review
Verified buyer Pro Privacy ON (login to see reviewer names) on June 7th, 2015
The gimmick received is excellent quality and seems as though it could last you for years of solid use if cared for appropriately and at only $30 for such a great trick this is a real bargain.

Unfortunately I feel like I should take off a star because the instructions for using it are sub par, in particular instructions on making the hook up are somewhat lacking Darren refers to it as "the most crucial part of the routine" and then goes on to simply clip the ring on saying it needs to be done smoothly but as for precisely HOW to do it smoothly, it isn't covered , I'm not even sure which side the opening should be on. >:|
4 of 5 magicians found this helpful.
Did this review help you? 11 comments

Great - Silent and Strong Report this review
Pro Privacy ON (login to see reviewer names) on June 11th, 2016
I got this at the Magic Live Expo from Chris. He's a quality guy and this reel is too. Very silent, no need to make noise when using this lol.
3 of 3 magicians found this helpful.
Did this review help you? Do you want to respond to this review?

Carry it with me always Report this review
Pro Privacy ON (login to see reviewer names) on July 20th, 2014
As I type this, my Departure is about 2 feet away from me. In my bag. On my key chain. I always, always have it with me, except for when I give my keys to the valet guy.

And the NEW model--the one here--is SO good. Super quiet, super strong. I've done it hundreds of times and it's holding up strong.

Bizzaro is my favorite creator...but I've got to make some special category for Smith. He's like, my favorite guy who makes diabolical devices look like ordinary objects.
2 of 2 magicians found this helpful.
Did this review help you? Do you want to respond to this review?

Problems Report this review
Verified buyer Pro Privacy ON (login to see reviewer names) on August 7th, 2015
So anyway people have been calling this "silent". The first time I tried it I heard a distinct metallic rattling sound. "Was that my keys doing?", that I though. Seperating the keys from the gimmick, I tried it again. RATTLE.

Turns out the problem is the actual metal latch that connects to the ring/key/whatever. I have tried silencing the metal, which works all for everything except the moving parts and after it looking mutilated from its origional, it still rattled.

The pulling mechanism also fails sometimes. What I mean is it will only partially pull to a point or it drags slowly, not the SNAP you need for a clean vanish.

The idea turns out to be great, but the mechanics are flawed. Perform only in an an environment with noise cover, that is the conclusion I made from trial and error.
1 of 1 magicians found this helpful.
Did this review help you? 1 comment

Great Gimmick Report this review
Verified buyer Pro Privacy ON (login to see reviewer names) on October 23rd, 2014
This is a great gimmick and something I perform casually with all the time. It's always on me, and always ready. I couldn't ask more of it, especially for the price.

Pros: (just some of them)
1. Won't break or fail on you, everything is really tough
2. Easy to carry with you, goes straight on your key chain just as it says
3. Inconspicuous
4. Not hard to do
5. Great value
6. The video is really thorough, its obvious that Chris Smith has lots of experience with this and lets you in on all the minute tips and details
7. Rick Lax's addition is really great, with an awesome subtlety, really ties the trick together
Cons: (just nitpicking here)
1. The white lock and unlock symbols on the gimmick started to fade, but a normal car key would do this, so its not an issue
2. Sometimes the gimmick doesn't get the ring all the way inside my back pocket, it hasn't been a problem yet, as I haven't and wouldn't perform this surrounded anyway, and may be fixed through practice

Bottom Line: If you are thinking of performing a ring flight, and you should, then this is the gimmick for you.
1 of 1 magicians found this helpful.
Did this review help you? Do you want to respond to this review?

Departure Report this review
Verified buyer Pro Privacy ON (login to see reviewer names) on June 7th, 2014
I love this type of Ring Flight. I had the original Rink-key, but this is even better. I take it with me all the time and use it when I get the chance.
1 of 1 magicians found this helpful.
Did this review help you? Do you want to respond to this review?

Best ring vanish! Report this review
Verified buyer Pro Privacy ON (login to see reviewer names) on June 28th, 2020
I use this daily and love it!
Did this review help you? Do you want to respond to this review?

Perfect for Magicians on a Budget Report this review
Verified buyer Pro Privacy ON (login to see reviewer names) on October 16th, 2019
It's pretty safe to say that if you want a high-quality ring flight to last you forever you get the "Ring Flight Revolution" from PropDog. However, if you are a non-professional hobbyist trying to work their way up (aka me) then this is perfect. It may not be as high quality but it works really well for the price. Also if you take it apart you'll see that a r**l is an independent thing glued to the inside. If it snaps (which it probably won't because the string is very well made) then you could probably put another r**l in.

People complain about the sound, but if you perform in the right situation and put in in a pocket you're okay.
Did this review help you? Do you want to respond to this review?

A really nice prop Report this review
Verified buyer Pro Privacy ON (login to see reviewer names) on August 28th, 2019
This is a very high quality gimmick at a very low price. top notch!
Did this review help you? Do you want to respond to this review?

Great Design Report this review
Verified buyer Pro Privacy ON (login to see reviewer names) on June 17th, 2019
It's small, the r**l is silent and it feels like a quality prop. Very happy with it.
Did this review help you? Do you want to respond to this review?
Load more reviews
Bestsellers