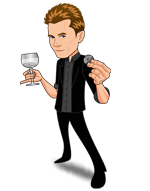 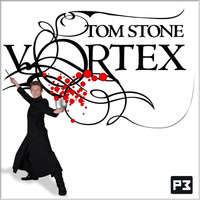 Today, when you order "Vortex: Off the Page by Tom Stone", you'll instantly be emailed a Penguin Magic gift certificate. You can spend it on anything you like at Penguin, just like cash. Just complete your order as normal, and within seconds you'll get an email with your gift certificate.

Vortex: Off the Page by Tom Stone (Instant Download)

Powerful miracles. Refined over years of performance. Now on video for the first time.

A rare opportunity to learn breathtaking miracles from one of magic's top thinkers.

On this DVD Tom Stone explores some of the most innovative ideas ever shared on DVD. Prepare to be blown away by amazing methods and effects that are devastating, impossible and most of all entertaining. Included on this DVD are choice selections from his critically acclaimed book Vortex.

Learn powerful magic with a variety of everyday objects, cards, and so much more.

"Having recently seen Tom Stone wow audiences at The Magic Castle, I decided to get his books. Both are filled with excellent and very workable effects. Visual, creative and magical, the material in both Maelstrom and Vortex is outstanding. Tom Stone is a thoughtful man who puts time, energy, creativity and effort into creating his magic. The magic in these books remind me of magic created by great magic thinkers like Tommy Wonder, Fred Kaps, Dean Dill and Gaeton Bloom. Highly recommended."

"I have respected and admired Tom Stone long before it was considered cool! For his perfectionism as well as his ability to understand what is required to create excellent magic." -Daryl

"Tom is one of the most creative magicians here in Europe. His work is always stimulating and worthy of attention." -Tommy Wonder

"I am a fan of Tom Stone. He is wonderfully creative - perhaps even more than he himself realizes!" -Max Maven

"Tom Stone is a rare phenomenon: a fountain of cleverness and creativity, and a truly excellent performer. Whether he is performing or teaching, I want to be in the first row." -Stephen Minch

"Tom Stones magic is revolutionary. His thoughts and work shows true dedication to his profession and the art that we call magic." -Samuel Varg Thunberg

"Tom Stone makes material that make my mouth water. Whether you are learning comedy magic, manipulation, close up or stage this guy has something for you." -Jesse Gernigin

The Etude. Two spectators peek at a card in an extremely fair way. The cards are shuffled so that it is impossible for the magician to know where their cards are. Yet under the most difficult conditions you are able to reveal their thought of cards. This a very direct mind reading effect with a very deceptive, yet easy to do method. All the ingredients for a close up miracle.

Reality Glitch. Using any pair of cards and any four of a kind you are able to perform a transposition effect that both fools and entertains like no other.

Among The Mad Men. One at a time, four blue back jokers vanish from four separate piles and assemble together in a packet of cards that has been in full view at all times.

Toast For Charon. A beautiful piece of magic using nothing but a silk a wine glass and three coins. Coins vanish, reappear, and as a grand finale you produce a full size wine bottle.

Gold Wielder. This is Tom's handling for the Linking Finger Rings. This an effect that packs small and plays HUGE. Tom gives lots of info for how to make this a worker and more important, how to make it look very convincing.

Benson Burner. This may be one of the most stunning pieces of magic you will ever see. Three balls vanish and reappear under a bowl. This is repeated and even more impressive the second time. What happens next surprises everyone and can only be described as an explosion of visual magic.

Stone is Solid as a Rock Report this review
Verified buyer Pro Privacy ON (login to see reviewer names) on December 18th, 2014
Absolutely brilliant is the only way that I can describe Tone Stone's magic. His routines are meticulously planned and executed. It is clearly evident that much consideration has been put into every detail of his performance and by purchasing this download you get to learn each and every detail. Tom is an excellent instructor and he teaches his routines and the underlying mechanics of each very thoroughly. In addition we get to see the design and construction of his performance table which has given me some ideas of how I can modify my table to accommodate what is necessary to perform the spectacular cup and sponge balls routine. This routine alone (especially if you perform for children) is worth the cost of the download.

You get seven top notch effects that undoubtedly could be added to any professional show.

I wish I could give this download a five star rating but I cannot due to the production value of the download. Of note is the lighting and camera work and editing. At times the camera does not keep up with the action and instead of redoing the scene they include poorly edited footage and call it good enough. Tom points out that the "costume" that he puts on for the last effect (cup and sponge balls) helps to conceal how a couple of the vanishes are achieved. Our attention is focused on exactly when and where the vanish will happen and you still can't see it happen. Great stuff. Ok so now that we have seen it and are convinced of how effective the costume and lighting are in concealing the vanish, turn on the lights so we can see the behind the scene "exposed" view of the effect. Instead we see Tom dressed in black in front of a black back drop and a black table looking at a black "apparatus" needed to pull off this effect.

In my humble opinion the production team at Penguin Magic needs to step up their game and put as much thought and professionalism into their work as Tom has put into his work.

Having said that, I want to reiterate that this download is packed with professional calibre magic and I look forward to mastering these effects and including them in my repertoire.

Without a doubt---ADD TO CART!
6 of 6 magicians found this helpful.
Did this review help you? Do you want to respond to this review?

Very pleased Report this review
Verified buyer Pro Privacy ON (login to see reviewer names) on December 31st, 2014
I had been waiting a long time for this to come out. There was no disappointment. Tom has some real jewels on here especially the Benson Burner. I had already started putting everything together. I only have a few dealers I deal with mainly because they deliver.
2 of 2 magicians found this helpful.
Did this review help you? Do you want to respond to this review?

BRILLIANT, AMAZING AND FANTASTIC Report this review
Verified buyer Pro Privacy ON (login to see reviewer names) on December 31st, 2014
I bought this DVD essentially for the final trick, benson burner, however by the time I was finished with the first trick I already felt I'd got enough for the price. As I watched I found myself more and more astounded by each routine and as it progressed I found myself intrigued by tom stones amazing presentations for even classic tricks.

Benson burner (the sponge ball routine) will need a little work and preparation for the effect but the reactions tom gets make it completely worth it.

Overall this DVD was amazing and you will definitely get presentation techniques, insight to the amazing art as well as well thought out tricks from this DVD. I urge anyone who wants to better there magic to buy this.
2 of 2 magicians found this helpful.
Did this review help you? Do you want to respond to this review?

Supernatural Report this review
Verified buyer Pro Privacy ON (login to see reviewer names) on May 6th, 2017
Tom Stone offers a gift to the magic community by sharing these effects, doubly true now that they're on video.
1 of 1 magicians found this helpful.
Did this review help you? Do you want to respond to this review?

Vortex: Off the Page by Tom Stone Report this review
Verified buyer Pro Privacy ON (login to see reviewer names) on August 1st, 2015
I bought this to learn Tom Stone's version of the benson bowl routine, "Benson Burner"
This is the best thing I have seen in a decade. Imagine taking all of the real classics and giving them such an explosive upgrade as Tom has done with this effect.
My hat is off to Tom Stone for releasing this to the Magic Community, this effect will find an important place in my Show.
Thanks again Tom
1 of 1 magicians found this helpful.
Did this review help you? Do you want to respond to this review?

One of my favourites Report this review
Verified buyer Pro Privacy ON (login to see reviewer names) on January 28th, 2015
This is one of my favourite things I have gotten from any magic store. The routines are great and the teaching is better. Am definitely looking for more by Tom Stone.
1 of 1 magicians found this helpful.
Did this review help you? Do you want to respond to this review?

Vortex Report this review
Verified buyer Pro Privacy ON (login to see reviewer names) on January 10th, 2015
Clever and impressing!
1 of 1 magicians found this helpful.
Did this review help you? Do you want to respond to this review?

Enjoyable but... Report this review
Verified buyer Pro Privacy ON (login to see reviewer names) on December 29th, 2014
I enjoyed the Tom Stone download very much. I have to agree 100% with Joe from Canada as to Tom's brilliance. Being so used to DVDs as a learning tool however, I am disappointed that there are no "chapter markers" so I can skip to the desired routine. The download is more of a digital VHS tape: quality is excellent but viewing is sequential. If you guys can fix that during the editing process, I believe you'd have more appeal to those like me who are hesitant to purchase downloads.
1 of 1 magicians found this helpful.
Did this review help you? 1 comment

Great-expensive? Report this review
Verified buyer Pro Privacy ON (login to see reviewer names) on December 25th, 2014
Ok, dont get me wrong here, the dvd is great. My only problem is yes that the black background made it hard to see stuff. Also, the dvd was not expensive and very enjoyable, but some of the equipment need ed to buy after in order to perform these tricks were costly especially benson burner which requires actual physical work to build.
1 of 2 magicians found this helpful.
Did this review help you? Do you want to respond to this review?
Load more reviews
Bestsellers