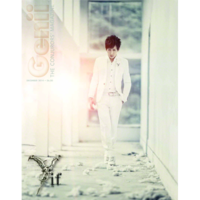 Today, when you order "Genii Magazine - December 2014 - Book", you'll instantly be emailed a Penguin Magic gift certificate. You can spend it on anything you like at Penguin, just like cash. Just complete your order as normal, and within seconds you'll get an email with your gift certificate.

FREE SHIPPING TO UNITED STATES ON ALL ORDERS OVER $50.
+ Add to Cart
Review Wishlist
Out of stock.
other
Tweet

Columns
Genii Speaks by Richard Kaufman
On the Slant by Jon Racherbaumer
Now Performing
Eugene's Notebook Magic and Philosophy by Eugene Burger
The Chamber of Secrets Willmann's Harlequin by John Gaughan
Ringside Paparazzi Pocket Trick by Caleb Wiles
DaOrtiz a la Carte! Card Stab by Dani DaOrtiz
Conjuring A Hole in Your Head by Jim Steinmeyer
Magicana by Andi Gladwin
Littleton's Gum by Kyle Littleton
Direct One to Five by Yu-Hsuan Lin
After Elmsley by Erik Jansson
The Academy of Magical Arts in Genii
Knights of the Magic Castle by Daniel Ulin
Magic Castle Performance Schedule

Books Reviewed by Will Houstoun
The Expert at the Card Table
The Charles and Wonder Edition, edited by Marty Demarest
Alan Shaxon-The Sophisticated Sorcerer by Alan Shaxon with Scott Penrose and Steve Short
The Magic Graveyard by Al The Only