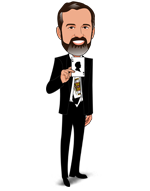 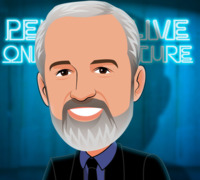 Today, when you order "Mark Leveridge LIVE", you'll instantly be emailed a Penguin Magic gift certificate. You can spend it on anything you like at Penguin, just like cash. Just complete your order as normal, and within seconds you'll get an email with your gift certificate.

Five Aspects of Close Up Magic that you won't want to miss! SUPPORT LIVE MAGIC. DOWNLOAD THE FULL LECTURE TODAY.

“Mark Leveridge is extremely creative and really knows from years of experience what works. Working magician, author, creator, dealer, and publisher—this will be a lecture not to miss!” - John Bannon

“Rarely there comes a creator of magic whose performances are as brilliant as his creations. My friend Mark Leveridge is such a magician.” - Dan Garrett

“I have always been a great admirer of Mark's magic and thinking. In fact when I was doing pro close-up a couple of my strongest routines were learnt from Mark's books. He is terrific.” - Andy Nyman

"The Five Aspects Of Close Up"

Mark will discuss five main situations that close-up is used in:

Walkabout (where all audience members are standing),

Formal close-up show (one off set piece magic on a close up pad),

For each of the five sections, Mark will be presenting and explaining at least three suitable effects including:

Assembly Point – a cool coin matrix with a difference

Mark is a full time professional magician, dealer and author with a wide performing experience gained over many years as an entertainer.

In Britain he has presented close up magic at many venues around the country, his engagements including business functions, private dinners/parties plus a number of extended periods performing in restaurants and hotels for groups such as Trust House Forte and Leisure Inns.

Mark has presented his lectures at nearly every Society in the country and has appeared on the bill at most of the major conventions including the IBM, Blackpool and Macmillan London Conventions.

Abroad Mark has entertained and lectured several times in Europe, including engagements in Denmark, Sweden, Norway, Italy, Belgium, Portugal, Switzerland, Germany and Holland, plus has lectured in Australia and Singapore as well as many times visited the United States, appearing at both the IBM, SAM (twice), the 4F's and Abbott's Conventions and performing and lecturing at venues in New York, Chicago, Philadelphia, Cleveland, Atlanta, Colombus, Baltimore, Louisville, Salt Lake City and on board the Hotel Queen Mary in Long Beach, California to name just a few.

In the magic world Mark is well known as an author, inventor and lecturer on close up, children's and mental magic, his creations, sold by his mail order company Mark Leveridge Magic, being used by magicians from all over the world.

Mark is a member of several magic societies including the International Brotherhood of Magicians, the Society of American Magicians and the Magic Circle in London where he is an Member of the Inner Magic Circle with Gold Star.

Mark Leveridge LIVE Report this review
Verified buyer Pro Privacy ON (login to see reviewer names) on April 22nd, 2015
Great Lecture a must if you do this for a living. His work is short sweet to the point and get out. perfect for bar or restaurant work. Thanks again Penguin, this makes up for a couple of lame lectures that have come up recently.
1 of 2 magicians found this helpful.
Did this review help you? Do you want to respond to this review?

Some good, some GREAT Report this review
Verified buyer Pro Privacy ON (login to see reviewer names) on April 27th, 2015
This is obviously a performer with a wealth of experience... with magic that may not excite magician-- but audience will love.

Some may be put off by his avuncular persona and humour but, again, I imagine it plays great with his audience.

There is also a terrific balance between theory and effect. Mark sets out his premise of the area of magic performance he's talking about (close-up, walk-around, trade show, etc) and then delivers real world examples of effects that he has doubtless performed 100s or 1000s of times.

For me though, the real gem of this lecture was hidden near the end. I had heard rumours of Mark's Ring on String work for ages but had never seen it. The two moves he shares here were, for me, worth-the-price -of-the-lecture moves.
Did this review help you? Do you want to respond to this review?

Simple and Effective Close Up Magic Report this review
Verified buyer Pro Privacy ON (login to see reviewer names) on April 22nd, 2015
Mark Leveridge shares his approach to close up magic, as it applies to:

The effects themselves are relatively simple and not intended to fool magicians, but rather entertain lay people in the above venues. Mark is both entertaining and fun to watch. If you work in any of the above venues, I think you will find effects to add to your repertoire.
Did this review help you? Do you want to respond to this review?
Bestsellers