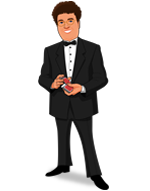 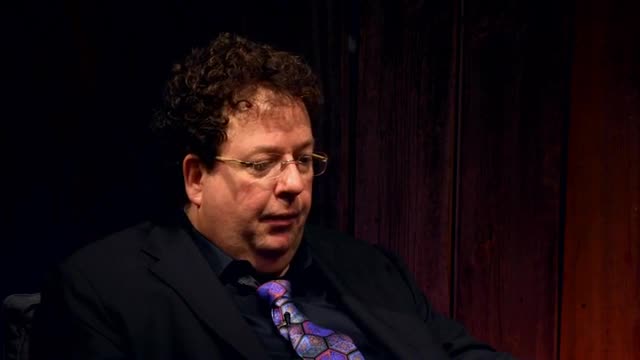 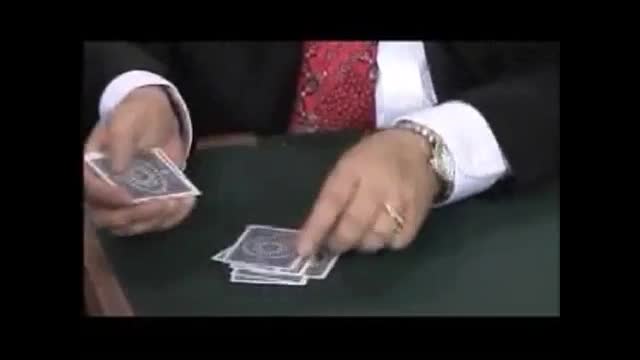 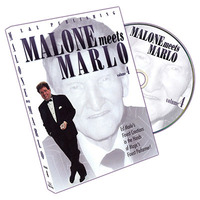 Today, when you order "Malone Meets Marlo #4 by Bill Malone", you'll instantly be emailed a Penguin Magic gift certificate. You can spend it on anything you like at Penguin, just like cash. Just complete your order as normal, and within seconds you'll get an email with your gift certificate.

Leipzig Would Have Loved This! - Your cards, which start in numerical order, magically rearrange into the order of the spectator's shuffled cards! A great trick rarely performed these days!

Three-Packet Triumph - The cards are mixed face up and face down only to right themselves with the selected card now being the only one reversed! A variation worth learning!

Logical Faced Triumph - Same as above, and this one will fool laymen and magicians alike!

Face-up Aces - Aces inserted face down into the deck magically appear face-up on top! An unpublished Marlo routine shared with only a few of Marlo's closest friends!

The Unexpected Prediction - The magician proves he knew ahead of time which card would be chosen from a shuffled deck! A real miracle with Marlo's comedy ending!

Multiple Bluff Rise - Four Aces rise from the deck one at a time with the last one changing mid-air! You will love how magical this looks!

The Ace of Spades Trick - Over and over, no matter which card is selected, it is always the Ace of Spades! An entertaining routine by Bill compiled from some of the many versions by Marlo!

Follow the Leader / Buffaloed - Bill's take on this fun-to-perform card trick! Cards follow their leader over and over again!!

School for Gamblers - Bill's combination of Marlo ideas presented as a "how to cheat at cards" class.

Quick Cull Miracle - The magician finds four of a kind from a shuffled deck, anytime, anywhere!

Malone AND Marlo - woo hoo! Report this review
Pro Privacy ON (login to see reviewer names) on April 2nd, 2010
Leipzig Would Have Loved This! (4/5):
This is a great effect using the old "Switch or Deal" Rouse. The downside is that you have to carry around an extra packet of 26 cards, and there's a discrepancy move that I have a hard time believing will fly for a real audience. However, I'm willing to be wrong about that. I'm still considering using this effect if I can come up with a way around the discrepancy. I really like the impact. Basically, the spectator shuffles a packet of cards. Yet the order of the "randomly shuffled" packet matches that of the other packet. It's very powerful.

Three-Packet Triumph (3/5):
I've got mixed feelings brothers and sisters. This is super visual and pretty and looks real, but you have to have a table. I can't remember the last time I was able to perform with a table. If you are a performer with such luxuries as tables and close up pads, then you'll want to check this out for sure.

Logic Faced Triumph (4/5):
This is nice because you don't need a table, and it's a magician fooler. However, it's a bit more technically demanding, but probably worth it.

Spade Shuffle (3/5):
Malone rushed through this, but it's a deceptive looking display even though the shuffle is a bit fidgety. Also, it requires a table which most people don't have when performing. One thing about watching Mr. Malone that is a bit frustrating is that sometimes he just rambles and talks a mile a minute. He needs to take a breath once in a while and slow down. This particular routine he was annoying in spades (pardon the fully intended pun). I love Bill Malone, but man . . . when he rambles on and on, it can be pretty darn annoying. After this disk, I had to take a break from watching him, so I won't be reviewing disks 5 and 6 for a few more days.

Face-Up Aces (4/5):
This is one of the few unpublished Marlo effects. It's pretty visual. It's a simple effect where the aces suddenly appear face up on the deck. It needs some motivation, but is pretty to watch.

The Unexpected Prediction (5/5):
I LOVE this one. This is Marlo's take on Vernon's The Trick That Can't be explained. It's handled a bit differently and nowhere does Malone mention Vernon's effect, so I'm not sure who the chicken is and who the egg is, but either way, there's enough extra stuff here that even hard students of the Vernon effect will find something here. Particularly the ending. I love the twist at the end, and Malone pulled it off perfectly. I really believed he screwed up. It was a beautiful moment.

Mutliple Bluff Rise (4/5):
This is a nice and relatively easy card rise that looks like the card is rising from the center of the deck. It mimics a Krenzel move where the card really does rise out of the center - That Krenzel guy is crazy! There's also a beautiful color change added to this as well. The card rises, then in a blink, it's a different card . . . Beautiful!

The Ace of Spades Trick (4/5):
This is basically the old routine where you keep on forcing the same card on the spectator. However, for some reason, the impact on the audience was much more powerful than I would have ever expected. Considering the fact that during the explanation, Malone admitted that he messed up a couple of times during the performance, I'm even more blown away. During the explanation, he showed what it was supposed to look like. Believe me; this will nail just about anybody you show it to. It takes some seriously sensitive fingers, but it's within' reach.

Follow the Leader/Buffaloed (5/5):
This is basically a self-working effect that take some presentational skills and a little bit of guts, but man it looks freakin' impossible. Very pretty, and super, super clever.

School For Gamblers (3/5):
This is a cheat expose style routine. It's a show off piece, but requires some serious work. You need a table for a bunch of table shuffles, and you have to be able to do some heavy duty false dealing. He also rambled a lot . . . again . . . which is starting to drive me a bit crazy! As always, however, there were a ton of great card control tips. I've said this before, but in case you ignored me last time, when Malone handles a deck of cards you really feel like and believe that he is truly mixing up the deck all the while, he has more control over the cards than Demeter has over fertility. That's a lot boys and girls.

Quick Cull Miracle (2/5):
Decent effect, but way way way too fidgety.
4 of 4 magicians found this helpful.
Did this review help you? Do you want to respond to this review?

Great series Report this review
Pro Privacy ON (login to see reviewer names) on January 7th, 2019
Bill does more then explain tricks.he talks about the tricks origins and what ed left the house with.what his wife packed in his jacket.eds favorite card.he talks about saturdays with ed. He talked about ed showing him a trick then saying would you like to learn it bill ? I get the feeling they were very close. He speaks of eds wife writing every manuscript of eds books.yes all 70 ! This is more then a card dvd !!
1 of 1 magicians found this helpful.
Did this review help you? Do you want to respond to this review?

Must Get DVD for any Cardist Report this review
Pro Privacy ON (login to see reviewer names) on August 15th, 2015
Wow..So much good stuff and These ideas are just fabulous..
Not complicated..Not gimmicked,the tricks included in this DVD are just simply awesome..All the Volumes are just great..
Thank-you I love it..
1 of 1 magicians found this helpful.
Did this review help you? Do you want to respond to this review?
Bestsellers