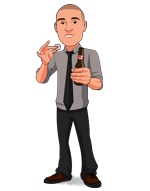 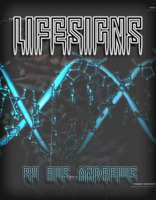 Today, when you order "Life Signs by Rus Andrews", you'll instantly be emailed a Penguin Magic gift certificate. You can spend it on anything you like at Penguin, just like cash. Just complete your order as normal, and within seconds you'll get an email with your gift certificate.

'This is a great routine...very simple and it packs a punch. I can see this playing very well for an audience. The variation is VERY powerful and would be the way that I would try to perform it EVERY
+ Add to Cart
Review Wishlist
In stock: Download INSTANTLY.
Tweet

Photos are a strange things, in each of them there is a story, a story that is impossible to know unless you were there at the time. Hidden emotions can be evoked when looking at a photo, much like a smell can take you back to your childhood.

Lifesigns is a magic trick that enables you, the performer to be able to cause a spectator to tap into the details within a photo to reveal some hidden information about it.

52 cards are introduced, each of them have a name written across its face, these are freely examinable and offered out to be completely checked over and mixed up. One photo is also introduced, it is of an old man, that is all, no details or hints as to who this man is or maybe was, the only available piece of information about this man is that the photo was taken around 1940. The photo is handed to the spectator who stares into the eyes of the man for a moment. The spectator is then asked, once the moment feels right, to insert the photo into the stack of names totally at random.

The stack of names are spread and the photo is turned, still within the stack, to reveal there is a signature on the back of the photo, this signature is of the man in the photo, Shaun Mason.

When the two cards either side of the photo are removed and turned over, one says, 'SHAUN', the other says, 'MASON'! Maybe they were influenced or guided by something else, or maybe it was just fate!

It is also possible to perform Lifesigns with a borrowed photo as well if the situation permits and Rus teaches you everything you need to know to perform this.