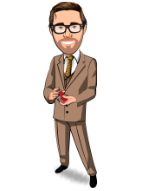 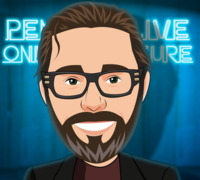 Today, when you order "Andy Nyman LIVE", you'll instantly be emailed a Penguin Magic gift certificate. You can spend it on anything you like at Penguin, just like cash. Just complete your order as normal, and within seconds you'll get an email with your gift certificate.

"Andy Nyman is my favourite Mentalist in the world." - Derren Brown

An accomplished mentalist, writer, director, and actor, Andy Nyman knows how to construct and perform killer routines that leave a lasting impact. His collaboration (as co-writer and director) with Derren Brown on many of his stage shows has earned him a string of awards, recognition, and accolades. And, his own book, Bulletproof, containing many of Andy's edgy, dark, hilarious, and odd routines, was an instant success, critically and commercially.

In this Penguin Live lecture, Andy Nyman shows you why he's a highly-respected performer and teacher as he shares a few of his favorite routines using them to illustrate important performance concepts, how to engage an audience, get the most out of your methods, build to a big reaction, and more! Andy begins by attempting to "dead cut" to an exact number of cards. Then, when he has three helpers also try to dead cut an exact number,(and each mark the cut with an object), he tips his true intention: getting them to cut (in an all-blank deck) to the only cards which reveal those objects.

Next, he chooses someone to be a target and try to conceal three weapons. Although his assailant has a free choice of the order of the weapons, Andy still determines exactly where each one was hidden. As a kicker, he again tips his hand to show he actually predicted it on the back of the target.

Then, he has a couple of guys choose random words from a few cards, and he divines not only the first word, but also where it is in the dictionary. When the second guy's word is revealed and looked up, he is shocked to find a personalized prediction on that precise page. Pretty powerful.

Finally, going for a strong ending, Andy has a card randomly chosen by various members of the audience, and shows that all the other cards have the word "BOO" written on them. All of them except the chosen one, of course, which makes us all "go crazy" getting the big reaction he was going for.

As you can see, these routines are structurally solid with surprising twists and sure-fire methods. Performance-ready material from a true artist.

If you've never been to a magic lecture, there's never been a better time. Sunday, July 5th, at 7:00pm, we're live-streaming Andy Nyman LIVE in a spectacular 2-hour online lecture. Watch and learn things you won't find in any book or DVD.

Nothing to get worked up about Report this review
Verified buyer Pro Privacy ON (login to see reviewer names) on July 18th, 2015
Nyman's reputation precedes him but it does little to enhance his lecture. He teaches basic tricks that bare little resemblance to the work he's known for. If you've ever been impressed by the work he's done me from stage and television then settle down cause he's not giving up that one.
5 of 5 magicians found this helpful.
Did this review help you? Do you want to respond to this review?

You Lost a Fan Report this review
Verified buyer Pro Privacy ON (login to see reviewer names) on July 7th, 2015
Ok…….. Every Single effect on this download has already been sold and marketed by Andy Nyman.
The Hidden and Dead Zone are on the Get Nyman DVD set which I purchased.
Big Reaction and Warlock are separately marketed effects which I have also already purchased.
There is nothing new on this download. NOTHING!
Come on Andy, for a guy that "doesn't do anything for money"……. That sure worked out well for you.
10 of 19 magicians found this helpful.
Did this review help you? 7 comments

Andy Nyman Report this review
Verified buyer Pro Privacy ON (login to see reviewer names) on July 6th, 2015
This lecture is packed with killer material (Warlock, Big Reaction, Dead Cutting) worth much more separately than if you get this lecture. But it wasn't the tricks that made this lecture awesome. It was the tips on presentation and approach to magic that made it awesome.
3 of 6 magicians found this helpful.
Did this review help you? Do you want to respond to this review?

should be called "best of Nyman" Report this review
Pro Privacy ON (login to see reviewer names) on November 29th, 2015
Nothing new here, as already stated, however if you are after a lecture full of tips on performance than you are learning from one of the best.
The effects, everyone of them, is amazing, but like i already say, they are not new, he has released them already so you are not going to learn anything he hasnt already taught.
But it is a great lecture and i for one enjoyed it.
1 of 2 magicians found this helpful.
Did this review help you? Do you want to respond to this review?

Excellent Stagecraft Lecture Report this review
Verified buyer Pro Privacy ON (login to see reviewer names) on July 5th, 2015
If you're looking to get more "WOW" out of your mentalism/magic, this lecture is for you. Andy Nyman provides insight into presenting your effects. I found it to be a good lecture on stagecraft.
3 of 7 magicians found this helpful.
Did this review help you? Do you want to respond to this review?

Andy Nyman is all good in my book, Report this review
Verified buyer Pro Privacy ON (login to see reviewer names) on July 16th, 2015
Nyman presents easy to master effects that anyone can pull off but the simplicity makes them clean and deceptive. As someone mentioned these are already released effects of wich i own ceveral. Now people who do not own these effects can get them in one download.

I don`t necessarily do all these effects but here is one good reason to buy this DL:

I have allways been obsessed with predicting free choices and i`ve been performing big reaction for a while now. I was never really comfortable with the invisible deck. The ID was good, but i wanted something that i could handle more casually like i normally would, and i like this method of predicting much better. And you can take this principle and present it any way you want...

And that is the purpose/thougth behind this lecture i think,that these are all ready effects that works and that you can personalize to your persona/stick.

Good and useful lecture from Nyman and Penguins

I hope my ramblings are helpful in some way :)
1 of 3 magicians found this helpful.
Did this review help you? Do you want to respond to this review?

Not the best but good enough Report this review
Verified buyer Pro Privacy ON (login to see reviewer names) on November 1st, 2017
This is not the best lecture I have ever watched. I don't think that Andy provides the advice or the inspiration I was hoping for.

On the other hand in this lecture I found routines that are fairly easy to perform but are very interesting, original and fool people. Those routines went sraight in my show!!

So For the routines 5/5 and for the rest of the content 3/5
0 of 1 magicians found this helpful.
Did this review help you? Do you want to respond to this review?

Get this Now ! Report this review
Verified buyer Pro Privacy ON (login to see reviewer names) on March 30th, 2017
Superlative Material-innovative & clever Routines-consummate Artist!Remember kid's there is no such thing as boring mentalism only boring prefomers ! what I like about the material is its simplicity clarity with impact this is a presentation for the seasoned or mature student . humility sincerity & intellect qualities traits of a great artist as Mr Nyman ! what was annoying is the rambling & guest interrupt ions other then that get this Now !
0 of 1 magicians found this helpful.
Did this review help you? Do you want to respond to this review?

Always great Report this review
Verified buyer Pro Privacy ON (login to see reviewer names) on September 13th, 2015
Whenever I see something with Nyman's name I'm interested. His thinking is devious which in magic makes for a double whammy.
A couple of the things he did were effects that I have and true to form he has refined them and made them work better so this keeps me up to date and I've dug them back ot of the drawers that I keep winners but work needed. I've got the work now. All in all there wasn't anything that I would say was not exciting, it wa a usual Nyman...great!
0 of 1 magicians found this helpful.
Did this review help you? Do you want to respond to this review?

THE One to Watch! Report this review
Verified buyer Pro Privacy ON (login to see reviewer names) on July 5th, 2015
This is among the best Penguin Live episodes ever produced -- if you can only watch one episode make this the it. An added bonus is David Berglas and Michael Weber sitting in the audience PLUS Michael Weber provides a new perspective on one of Andy's outstanding effects.
2 of 6 magicians found this helpful.
Did this review help you? 1 comment
Load more reviews
Bestsellers