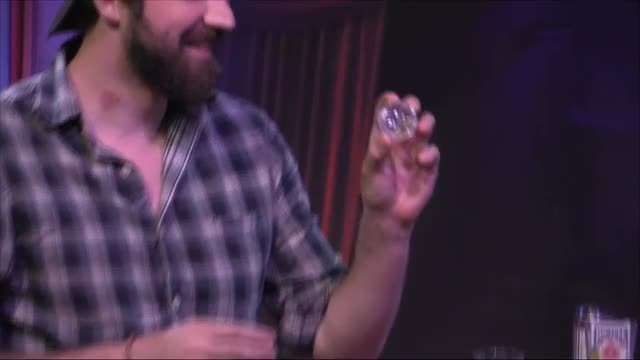 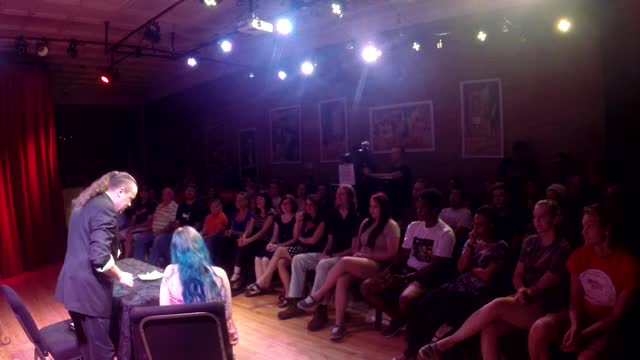 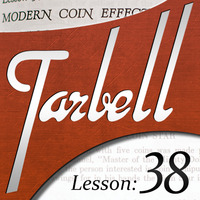 Today, when you order "Tarbell 38: Modern Coin Effects", you'll instantly be emailed a Penguin Magic gift certificate. You can spend it on anything you like at Penguin, just like cash. Just complete your order as normal, and within seconds you'll get an email with your gift certificate.

Coin magic so ahead of its time, it remains cutting edge even today. START LEARNING INSTANTLY.

This lesson contains coin magic that was so ahead of its time, much of it remains cutting edge even today.

We begin with a few fancy flourishes. First, you will learn how to make five coins simultaneously appear at the tips of each finger and thumb.

Then, Johnny Ace Palmer teaches you a one-handed, four-coin roll-out, that IS as hard as (or even harder than) it looks.

And Dan tries his hand at the slick, standard, and still-impressive coin roll, but another friend, Brandon Gerald, shows how much better it looks with practice.

When Dan gets into the tricks proper, he provide a multiple coin production some context and a conclusion by setting the sequence at the Vegas slots.

Then Dan shows you a nifty quicky where a dime penetrates into your closed fist, and he shares some work on the copper-silver transposition with his additions.

Next, there's a neat spellbound-style sequence where a coin apparently keeps changing size even though your hands are shown otherwise empty.

And another sequence combines elements of retention, back-clip, and sleeving to effect either a total vanish or a clean transformation.

Then, Dan shows you a multi-phase transposition routine, nicely suited for stand-up, and requiring a bit of practice for those gutsy enough to give it a try.

In a similar, yet tastier, mystery, the marked money makes its way into the moist center of the magic muffin.

Plus, there's a fun routine with a coin, a bag, and a big surprise, some magic juggling with a coin tossed between two mouth-to-mouth glasses, a poetic production routine to rhyming recitation and Dan finishes up by debuting a working prototype of three perplexing poker chips.

So, if you'd like to stand out from the common coin-carrying crowd, then this lesson is filled with alternatives that your audience will love.

Tarbell 38: Modern Coin Effects Report this review
Verified buyer Pro Privacy ON (login to see reviewer names) on October 8th, 2015
This Tarbell lesson was the same caliber technically as all the others but seemed to be lacking in performance enthusiasm. Dan’s performance seemed lack luster at points but don’t get me wrong this lesson still has its gems. The stand outs of this lesson included:

The Single Coin Flourish a.k.a. the Coin Roll- this like the roll out is shown beautifully by Dan’s Friend Brandon Gerald. This is worth learning.

The French Pill Box Mystery- This is a practical version of a nest of boxes effect. Three coins travel into a sealed box but I see this easily being adapting to a borrowed finger ring or other small object.

Okito Box- This routine is sweet and to the point. It does a good job of explaining the box and making it a part of the overall story within the routine.

Chameleon Poker Chips- This has the most potential out of everything else of the lesson. Poker chips continual increase in value lending to a fun routine. I feel that someone like Mark Mason or Alan Wong could help bring this trick to market.

This lesson remains true to its add copy but I personally didn’t feel the usual Tarbell energy we have seen in past lessons. This lesson is great for the conjurer wishing to add a few coin mysteries to their bag or tricks.

3.5/5
1 of 2 magicians found this helpful.
Did this review help you? Do you want to respond to this review?

LOVE IT! Report this review
Verified buyer Pro Privacy ON (login to see reviewer names) on July 7th, 2022
A wonderful array of coin routines. If you are interested in doing magic with coins or any small objects this is the lesson to get. My favorite was French "Pill Box" Coin Mystery. This was amazing and can easily be a closer.
Did this review help you? Do you want to respond to this review?

Coins for the Commoner Report this review
Verified buyer Pro Privacy ON (login to see reviewer names) on October 5th, 2015
Great coin effects without the excessive finger flicking. I do simple coin magic and can appreciate a great effect that I can do with my old arthritic fingers. The Okito box routine alone is worth twice the cost of download. With this addition to the series I am polishing up my walking liberties and adding more coin magic into my act.
Did this review help you? Do you want to respond to this review?
Bestsellers