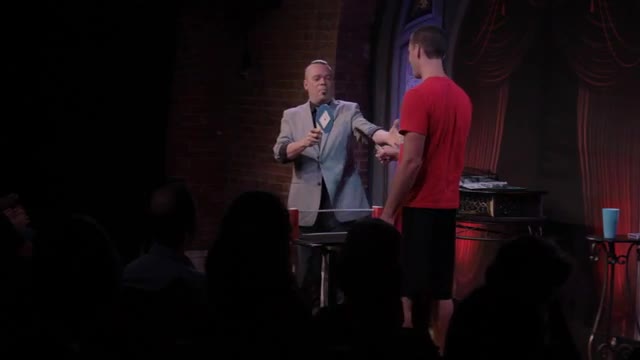 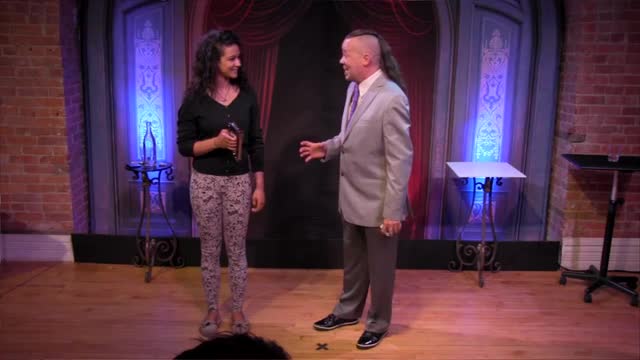 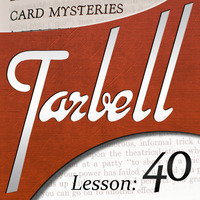 Today, when you order "Tarbell 40: Card Mysteries", you'll instantly be emailed a Penguin Magic gift certificate. You can spend it on anything you like at Penguin, just like cash. Just complete your order as normal, and within seconds you'll get an email with your gift certificate.

In this lesson, you'll learn how to make your card tricks more intriguing for your audience by bringing a sense of motivation and drama to them.

Dan begins with a modern take on the repeat card mystery by substituting a seemingly endless supply of gift cards that eventually consolidate.

For a second version, he attempts to achieve a simple balance between two helpers, but the cards refuse to co-operate, so they scrap the whole thing.

In yet another repeat card mystery, Dan injects a humorous poker theme as he attempts to get rid of an extra card and fails each time until he reveals his hand.

Then, Dan shows off his incredible speed and marksmanship in an updated version of a thumbtack trick, where he uses a standard staple gun to locate the card.

Next, the longtime favorite "Card on the Ceiling" still holds up, and Dan teaches you every detail to ensure your success even on the strangest ceiling.

Then, a variation of the preceding effect finds the card travelling from one packet to another before making it's final stop overhead.

And, ceilings aren't the only place to decorate with cards, as demonstrated when a selected card penetrates the box to appear on the wall.

Plus, a neat variation puts Dan in a sporting mood as his opponent and him use ping-pong paddles to produce a pleasant piece of perplexing prestidigitation.

Then, you're treated to multiple clever methods to melt one or more cards through a handkerchief, rise up through it, or even change into a different card.

In one unusual method, the handkerchief deftly exchanges a joker for the selected card while preventing you from manipulating the deck in any way.

Next, Dan tackles a trick with a twisted and confusing conclusion by taking a little time-travelling trip to put everything where it's not supposed to be.

Then, six selections are sealed in an envelope and one of Dan's helpers makes her card penetrate out, leaving Dan to name all the others.

Plus, there's a couple of reversed card mysteries, including a double-reverse which happens to be Dan's favorite impromptu card trick of all time.

Yes, this lesson covers a wide variety of tried-and-true plots with Dan's modern twists designed to engage and impress any size audience.

Worth it Report this review
Verified buyer Pro Privacy ON (login to see reviewer names) on October 24th, 2015
I haven't even finished watching it but I love it. I'm not much of a card guy but I took the second trick in the video to a magic jam. It killed. Several serious card men were there and they had no idea how I did it AND they said it was the best version of the six card trick they had ever seen. Definitely worth the price.
3 of 3 magicians found this helpful.
Did this review help you? Do you want to respond to this review?

Holy pasteboards Batman Report this review
Verified buyer Pro Privacy ON (login to see reviewer names) on October 30th, 2015
Dan Harlan has again taken great effects and made them fantastic. His work on the multiplying cards is exceptional. No gaffed cards just simple sleights, nuff said. I am going to incorporate his routine that uses gift cards in lieu of playing cards. I just have to adjust it to match my own persona. If you haven't already started collecting this series, shame on you, but lucky for you it's not too late.
1 of 1 magicians found this helpful.
Did this review help you? Do you want to respond to this review?

LOVE IT! Report this review
Verified buyer Pro Privacy ON (login to see reviewer names) on July 9th, 2022
The card routines in this lesson are very good and I would be surprised if you didn't find a routine in here that you would want to put in your act. Most of them are very simple to do s well so that's an added bonus.
Did this review help you? Do you want to respond to this review?

Great Card Effects Report this review
Verified buyer Pro Privacy ON (login to see reviewer names) on October 29th, 2015
This is another jewel of the Tarbell Course presented By Dan. He always adds a special touch that improves the Tarbell lessons. Highly recommended.
Did this review help you? Do you want to respond to this review?
Bestsellers