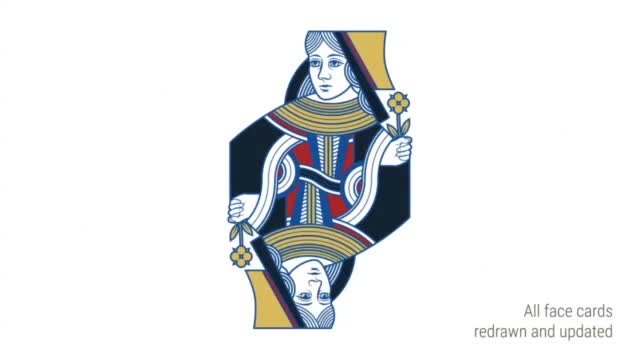 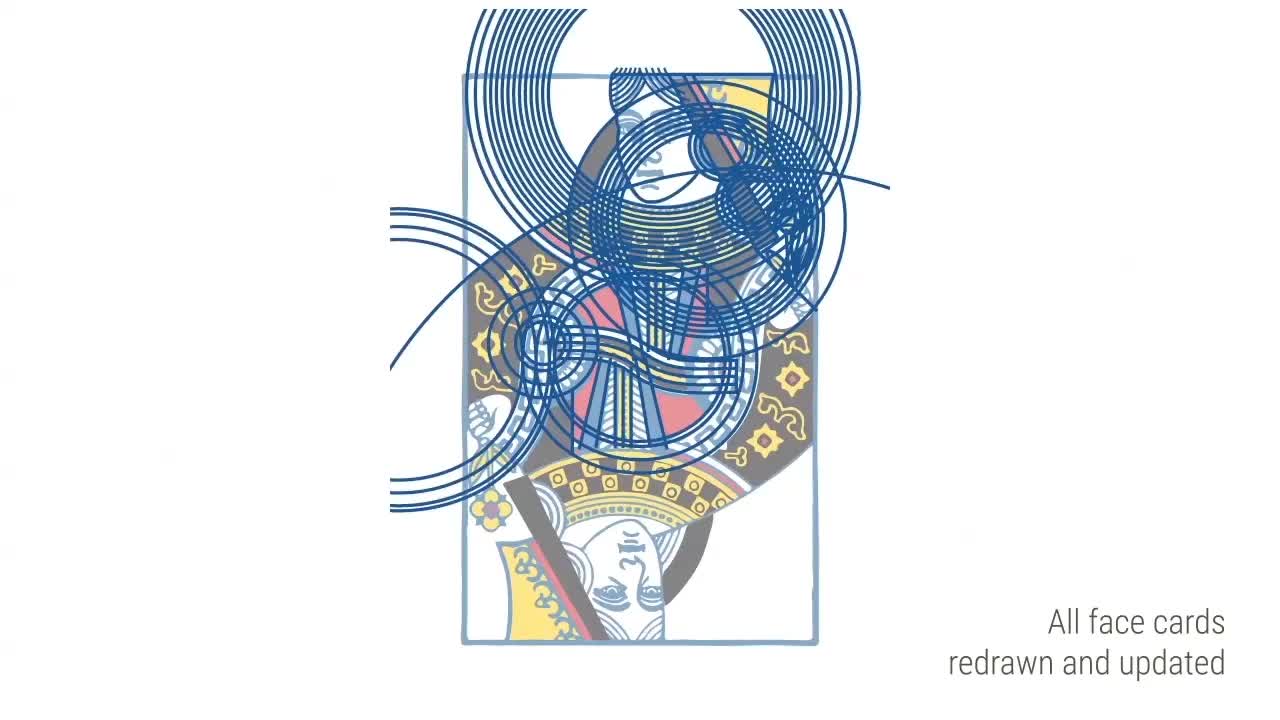 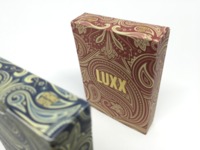 Today, when you order "LUXX Palme Playing Cards", you'll instantly be emailed a Penguin Magic gift certificate. You can spend it on anything you like at Penguin, just like cash. Just complete your order as normal, and within seconds you'll get an email with your gift certificate.

Continuing their series of premium, luxury playing cards - Palme is the second design in the LUXX® series.

Designed by Rick Davidison, creator of the beautiful Origins Cards, Palme is a deck inspired by the beautiful Paisley pattern, which has roots and heritage across the globe.

A full bleed, borderless back design gives this deck a unique look and style which is carried through the deck and onto the stunning tuck box.

The deck is housed in a stunning tuck box with a wrap-around design and embossing complete with matte foiled LUXX® logo.

A Limited Edition of 2000 of each colour printed on Elite Finish by the Legends Playing Card Company, a similar finish to Classic which has increased durability and a slightly different texture.

Luxurious in looks, and practical in style Report this review
Pro Privacy ON (login to see reviewer names) on November 25th, 2017
(This review is for LUXX Palme Playing Cards)
The LUXX Palme deck is considered to be the second independent design in the LUXX series, and comes in a Red and a Blue version. This deck was designed by Rick Davidson. By opting for a different designer, Paul Middleton wanted to ensure that this next deck in the series moved in a different direction, and yet retained the signature elements of the LUXX brand: a luxury look, and usable style.

The luxury and class is evident already from looking at the tuck-box, which has gorgeous wrap-around artwork, and an embossed logo accented with beautiful gold foil, while the swirling patterned design also has elements of embossing to add to the sense of quality. The design of the LUXX Palme is inspired by the renowned Paisley pattern, which originates in Persia, but was especially popular in the West in the 18th and 19th centuries.

The Paisley shape is already evident on the tuck box of this deck, both on the outside, as well as on the gold style full interior printing that has hints of the same design. But the Paisley motif continues on the full-bleed borderless card backs, which accentuate the flowing design. As well as the signature paisley shapes, the artwork here includes various floral motifs; the main paisley element incorporates a palm leaf and is surrounded by other leaf-shaped designs, all of which add beauty and pattern to the overall design. Also noteworthy is the fact that instead of using a vivid and sharply contrasting white, the design employs a light beige, and the addition of this yellowed-brown colour gives the impression of a vintage feel, which makes the contrast with the blue and red look more seamless and smooth. The Paisley card-back design looks spectacular when the cards are fanned or spread, creating mesmerizing curves and patterns, regardless of which direction you fan the cards.

The court cards have a classy and traditional style, but are customized to give the deck its own unique look. The deep red and blues that are used complement the colours used on both card backs, to ensure a consistent and unified overall design, with the other main colours all being shades of gold and browns, to produce a very royal look. Particularly noteworthy are the split pips, which are highly stylized by being composed of separate pieces, a feature found throughout the entire deck. The indices use a thin font for the card values, which has an elegant look that matches the split pip design on the cards themselves. As a result, every single card, including the number cards, has a thoroughly customized look.

All the Aces have oversized pips that incorporate elements of the paisley shapes and curves in a gold colour, along with floral features and borders, to create a very rich look. The split pips look especially satisfactory and stylish on these ornately decorated Aces. The Joker returns to the deck's theme with hints of the Paisley again, especially in the character's clothing, which picks up the pattern from the card-backs. Only one Joker is included, while the other extra card is a promo card for the LUXX series, proclaiming "LUXX, a brand of beautiful card decks designed by some of the world's most talented playing card designers."

Lawrence Sullivan, the founder of Legends Playing Card Company, gives the LUXX Palme deck high praise by describing it as "very subtle and one of the most elegant decks we have ever printed", while the Kardify blog named it as one of the Top 12 decks of 2015. Like the rest of the LUXX serious, it's a beautiful and classy deck, that is luxurious in looks, and practical in style, while be priced to be affordable. These are classy decks with a broad appeal, and I highly recommend them. - BoardGameGeek reviewer EndersGame
Did this review help you? Do you want to respond to this review?
Bestsellers