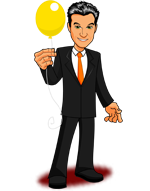 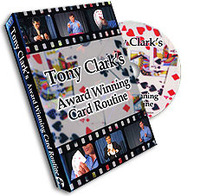 Today, when you order "Award Winning Card Routine by Tony Clark", you'll instantly be emailed a Penguin Magic gift certificate. You can spend it on anything you like at Penguin, just like cash. Just complete your order as normal, and within seconds you'll get an email with your gift certificate.

Tony Clark's Card Routine Report this review
Verified buyer Pro Privacy ON (login to see reviewer names) on October 18th, 2016
I've always been a big fan of Tony's magic. This DVD is informative, as he breaks down every move clearly. This is definitely one of my favorite DVD's. Tony also exhibits his winning attitude in all of his work. I admire his work in other venues that he has available, as well-----His INSIDER SECRETS book is also definitely worth looking into. My last recommendation would be for one to purchase the entire Card Routine DVD instead of using the partial downloads that are also available. I'm very happy with my purchase :-)
Did this review help you? Do you want to respond to this review?
Bestsellers