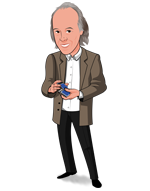 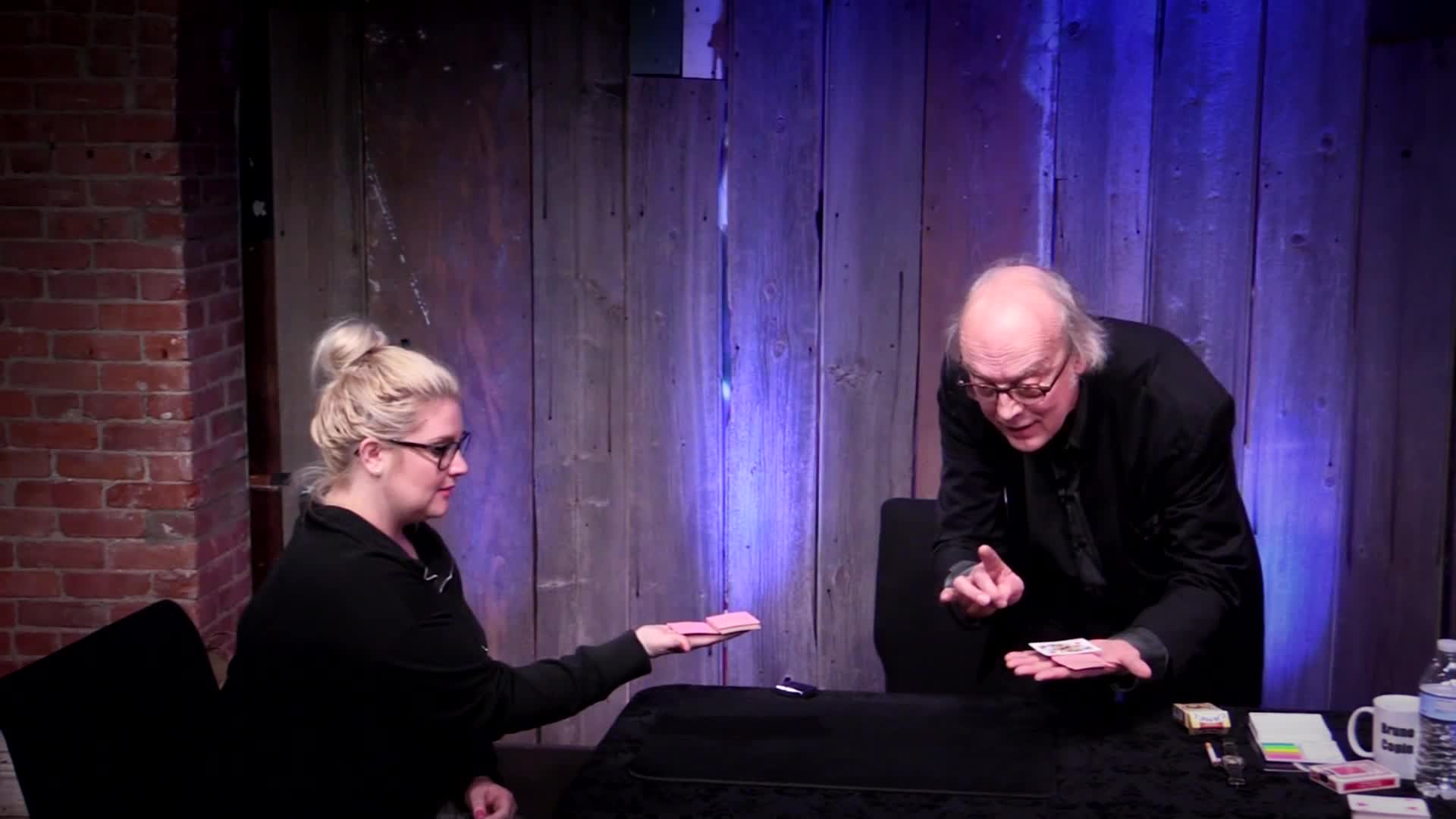 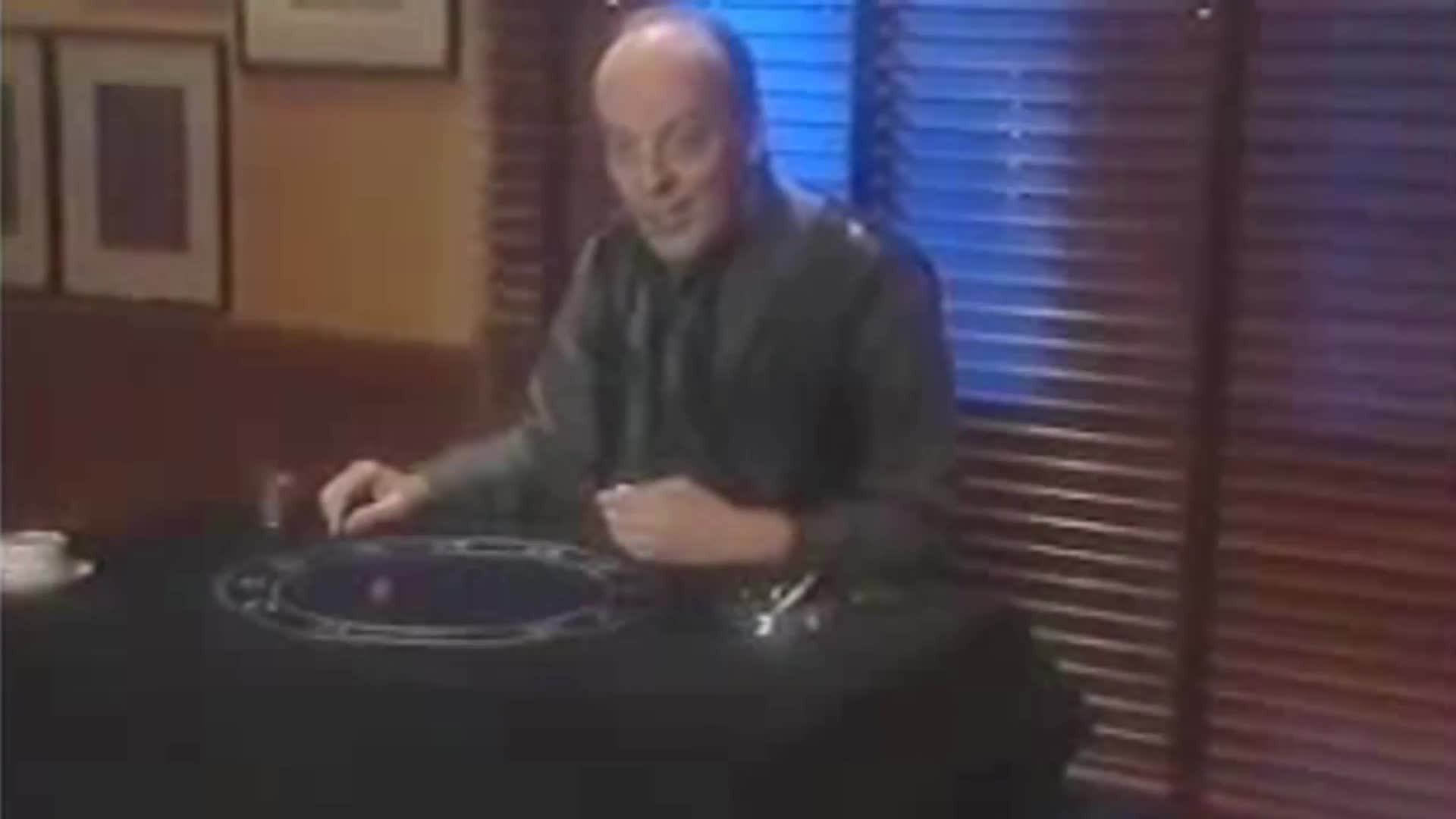 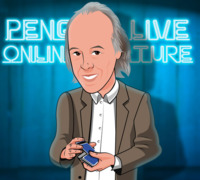 Today, when you order "Bruno Copin LIVE", you'll instantly be emailed a Penguin Magic gift certificate. You can spend it on anything you like at Penguin, just like cash. Just complete your order as normal, and within seconds you'll get an email with your gift certificate.

This Master of I.T. will teach a ton of his tested and perfected close-up effects! SUPPORT LIVE MAGIC. DOWNLOAD THE FULL LECTURE TODAY.

“Bruno Copin is a real Artist.  A kind of Paganini playing on a one string instrument...Aerialist Magician, he’s a total Maestro!   More than this, he is my friend!”  - Gaetan Bloom

“All his tricks have been elaborated like a musical partition where animated objects indicate the tempo.  Bruno Copin is a Musician of Magic and he wouldn’t be such an Illusionist Artist without his ears!”  - Sylvain Mirouf  French Magician

“I consider Bruno Copin to be one the best thread men in the world.  Once you see him work, you will agree with me.”  - Obie Obrien  4F President

"Watching Bruno do magic can be scary if you don't know there is a thread. It's like real, supernatural, divine magic. I am a fan." - Rocco Silano

"A magic of its own, full of poetry and mystery.  Bruno takes us with him on a journey where the magic captivates and surprises us.  The objects that he presents come alive and take on a second life thanks to the clever gimmick, and it's incredibly convenient to always keep on one's self.  The Butterfly Effect is a unique experience!" (translated) - Jordan Gomez

Rolling Pencil A funny comedy! An old classic transformed by crazy explanations.
The American Bed Surprising deck animation effect.
Magic Pitcher An idyllic repeatable “rising card” with a borrowed deck and a borrowed glass.
Everything is clear before and after the effect!  Many possible variations and scenarios.
Lie Detector This card routine using a watch and a cigarette is very mysterious and also really comical!
Impossible Identification This identification with a borrowed deck fooled all the magicians.
Undetectable Force A nice prediction! My impromptu version with borrowed objects strictly inspired from a G.Bloom idea.
The Captain and His Better Half A personal routine to give an example of how I created a story with a trick.
Flourishes Turning card, moving wave, self-closing deck, balances...
Plus more different, creative ideas to build new routines.
Also, a time to focus on some technical points:
Mastering the I.T.
Discovering high quality I.T. : preparation, transport, storage.
Minimalist and very practical
Anchor points, Set up, table hopping
Exercises
Developing awareness of the tension
Mastering the transport
Forgetting about the thread
Mastering the  “I.T.Support”  gimmick created by Bruno Copin. This gimmick secures the thread work and makes it impromptu! Ultra-speedy set up at the table with a special mat + total security
Degrees of use
Animations, Invisible Animation, information transmission
Giving meaning to your Magic
A simple method for scripting your magic
Four questions you should ask yourself
I can help you for your favorite routine!

Bruno Copin is a Resident French T.V. magician that lectures all over the world.  The once European Champion of Magic FISM 2014 for Special Creativity, Bruno will teach you in detail his original and visual close-up effects with cards, cup and balls, various objects and mentalism.  They are the fruit of 30 years of research.  All of them are original and have been tested and perfected for years on live audiences.
Furthermore, you will discover an entire universe for your creativity where everybody will be able to gather ideas in order to enrich their own Magic.
He will also will tell you about the gimmick he created, “I.T.Support”.  Use it and you’ll never be afraid of breaking I.T. anymore!

If you've never been to a magic lecture, there's never been a better time. Sunday, March 6th, at 7:00pm, we're live-streaming Bruno Copin LIVE in a spectacular 2-hour interactive online lecture. Watch, ask questions, and learn things you won't find in any book or DVD.

Pure poetry Report this review
Verified buyer Pro Privacy ON (login to see reviewer names) on August 2nd, 2016
This is the perfect lecture for users of IT, people who are curious about it, and just about anyone looking to improve their stage presence. After detailed instruction on setting up and working with the gimmick, Bruno teaches a whole act with the gimmick with effects ranging from levitations to mentalism. He also gives some great thoughts about theory, on how to marry method and presentation and move from performing tricks to performing effects. Lovely lecture, amazing material, perfectly taught.
1 of 1 magicians found this helpful.
Did this review help you? Do you want to respond to this review?

Thread Work and More Report this review
Verified buyer Pro Privacy ON (login to see reviewer names) on March 12th, 2016
I had no idea what I would be watching when the live show started.
His thick french accent and demeanor threw me off initially.
His methods and thoughts about thread are unique and worth watching.

From clapping a card off a deck, to haunted deck routines to fanning half a deck sitting on the table to make it move, to fishing a card out of a cup with a spectator, to of course the butterfly effects. Using thread to find a spectator's selected card was great too.

I bought some of his thread items from Penguin after I could not get out of my head his thought process that the deck, cards, etc. should be examinable and handled before and after.

You will learn many details that cover everything from attaching thread, carrying it, the mechanics and ways to think about using it.

If you enjoyed Gaeton Bloom's standing card effect, this will be a great addition to that and give you many ideas.
1 of 1 magicians found this helpful.
Did this review help you? Do you want to respond to this review?

Very inspiring Report this review
Verified buyer Pro Privacy ON (login to see reviewer names) on February 21st, 2018
The amount of variation in effects with this principle is impressing. I'm gonna start playing with it right away.

Copin says in this lecture that he has to much material with some use of this principle. I hope there will be a Copin Live 2
1 of 2 magicians found this helpful.
Did this review help you? Do you want to respond to this review?

Great on multiple levels Report this review
Verified buyer Pro Privacy ON (login to see reviewer names) on February 12th, 2022
Yes IT, but so much more. Who knew you could do this, and that, and that too. Well beyond simple animation, or any animation at all. Plus pointers for workers and interesting stories told to Dan. If you do or want to do IT, you must get this.
Did this review help you? Do you want to respond to this review?

a lot of nice ideas Report this review
Verified buyer Pro Privacy ON (login to see reviewer names) on January 6th, 2020
Even if you know whats going on very soon, the performance and the teaching in this lecture are for me well worth the price. Once you understand the concept, you can come out with a lot of ideas
0 of 1 magicians found this helpful.
Did this review help you? Do you want to respond to this review?

Good Material, sometimes careless teaching Report this review
Verified buyer Pro Privacy ON (login to see reviewer names) on September 18th, 2017
Overall very good. Great threadwork! Totally worth the price.
Some neglecities in the explanations. (f.E. how the force with the fruits exactly works in different possible scenarios.)
0 of 1 magicians found this helpful.
Did this review help you? Do you want to respond to this review?

the best conference ! Report this review
Verified buyer Pro Privacy ON (login to see reviewer names) on March 26th, 2016
beautiful, excellent and perfect !
0 of 1 magicians found this helpful.
Did this review help you? Do you want to respond to this review?

Be Afraid No Longer! Report this review
Verified buyer Pro Privacy ON (login to see reviewer names) on March 25th, 2016
I have all the Penguin Live lectures and I have to say, this is one of my favourites.

Bruno is a MASTER at thread work and he not only shows you fascinating effects, but also how to set up, look after and not be afraid of its' uses.

Bravo Bruno.
0 of 1 magicians found this helpful.
Did this review help you? Do you want to respond to this review?

Thinking outside of the box. Report this review
Verified buyer Pro Privacy ON (login to see reviewer names) on March 12th, 2016
Mr. Copin did a great job teaching some really cool effects!

As a mentalist I especially enjoyed his thinking regarding the various degrees of usage of his tool of choice, thus making its use even more invisible to the audience.

Magicians will probably like his butterfly effect best for its absolute beauty.
0 of 1 magicians found this helpful.
Did this review help you? Do you want to respond to this review?
Load more reviews
Bestsellers