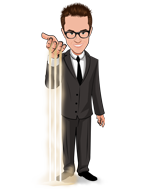 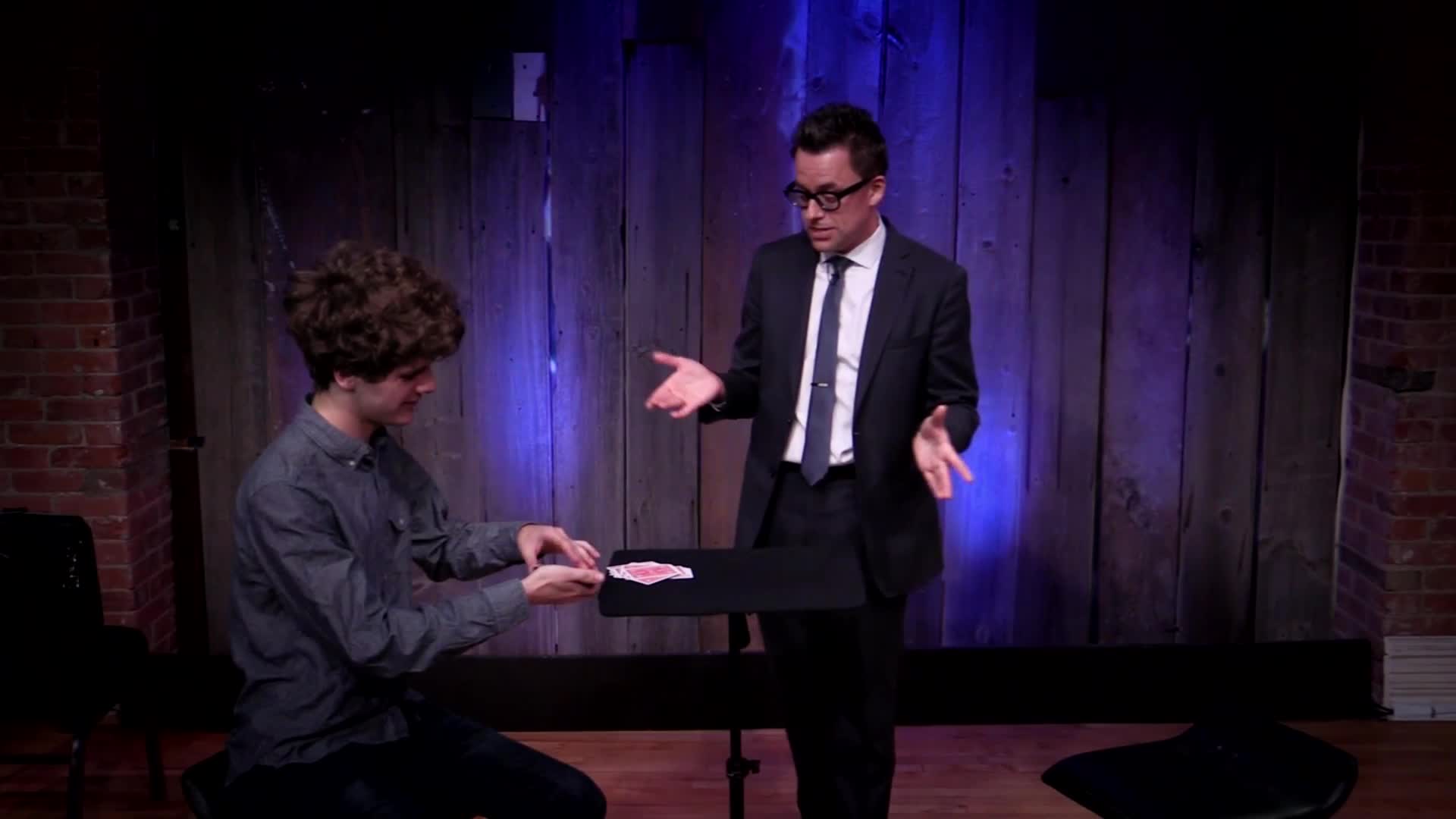 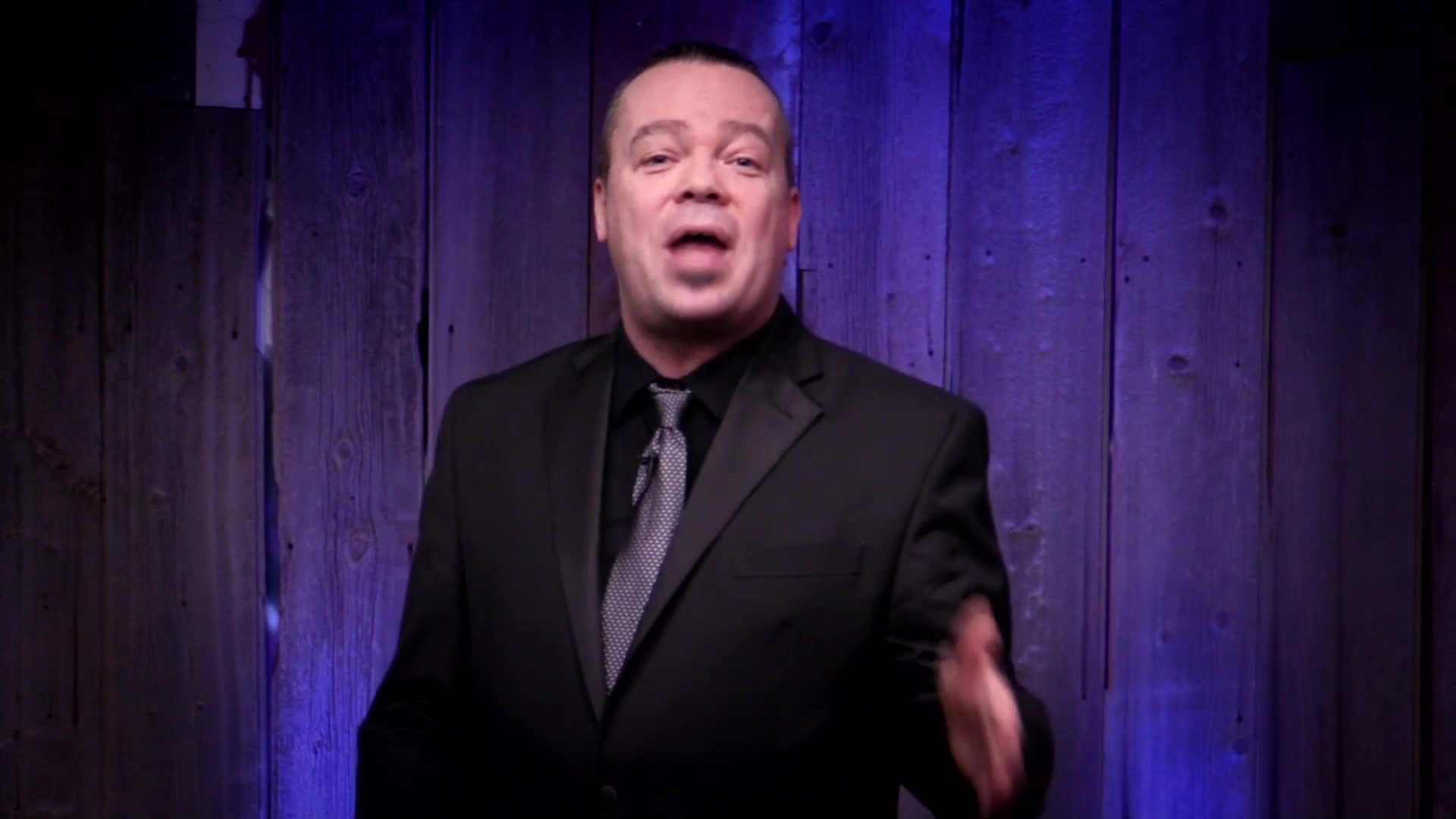 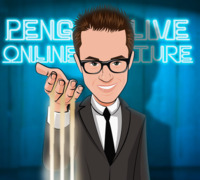 Today, when you order "Arthur Trace LIVE", you'll instantly be emailed a Penguin Magic gift certificate. You can spend it on anything you like at Penguin, just like cash. Just complete your order as normal, and within seconds you'll get an email with your gift certificate.

Learn beautiful, ingenious close-up from one of the most unique acts in the world of magic today! SUPPORT LIVE MAGIC. DOWNLOAD THE FULL LECTURE TODAY.

+click to enlarge
“Without a doubt one of the finest turns in all of magic.” - Dustin Stinett, MAGIC Magazine
“An artist in every sense of the word!” - Lance Burton, Master Magician
“Original, ingenious, and refreshing… Arthur Trace is one of the most creative magicians I’ve seen in decades!” - Richard Kaufman, Editor, Genii Magazine
“You are one of the most unique acts in the world of magic today!” - Society of American Magicians
“Your performance was a beautiful piece of magical art. The response you received, a standing ovation by your peers, said it all.” - International Brotherhood of Magicians

Meant to Be  This is an open-prediction effect in which a card is removed and placed with its back in full view. Someone then thinks of a card and the removed card is then shown to match the though-of card.

27  A card is fairly selected and lost in the pack. Someone in the audience is then instructed to pick a number that corresponds to a position in the pack. The cards are counted and the selection is found at that same number.


Pocketed Princess  This is my variation on the Princess Card Trick. No duplicate or gimmicked cards are used in this version. In the end, the thought-of card ends up in the magician's pocket.

Duality  One spectator finds another spectator's thought of card under impossible circumstances.

Relativity Change  This is a color change I created back in 2003. I'll teach the change and various applications for it.

Crimped Cup  This is my Cups and Balls routine.
...and more!

Arthur Trace performs innovative magic in an artful way. He is The Artful Deceiver. Highly acclaimed by his peers as "One of the most unique acts in the world of magic today," Arthur Trace is the eighth magician in the history of magic to be awarded The International Brotherhood of Magicians Gold Medal. In 2006, he became a FISM award winner at the World Championship of Magic in Stockholm. In 2007 millions of television viewers watched as Arthur was awarded the "Best Cabaret Magic" award at TheWorld Magic Awards on My Network TV. And, in 2009, 2014, and 2015, Arthur was a featured performer on the hit TV series Masters of Illusion. This year, The Academy of Magical Arts nominated Arthur for The Stage Magician of the Year. Watch Arthur perform and find out why the Chicago Tribune called him "one of magic's bona fide superstars!"

If you've never been to a magic lecture, there's never been a better time. Sunday, April 3rd, at 7:00pm, we're live-streaming Arthur Trace LIVE in a spectacular 2-hour interactive online lecture. Watch, ask questions, and learn things you won't find in any book or DVD.

Arthur Trace Report this review
Verified buyer Pro Privacy ON (login to see reviewer names) on April 10th, 2016
Ok if you never learned a card trick, coin trick or cups and balls. Good topit and thread work but Trace doesn't discuss or explain it. I felt he held way too much back. Very creative. It could have been an excellent lecture. Way too miserly with secrets.
5 of 6 magicians found this helpful.
Did this review help you? Do you want to respond to this review?

A thoughtful lecture Report this review
Verified buyer Pro Privacy ON (login to see reviewer names) on April 4th, 2016
This was a great lecture. Not only were there some really wonderful effects shown and explained very clearly, but there was a lot of information about creativity, structuring the show, and coming up with new presentations.
Mr. Trace is clearly a very thoughtful person and his lecture is an example of the thought that he puts into his work. A great learning experience.
2 of 3 magicians found this helpful.
Did this review help you? Do you want to respond to this review?

One of tomorrow's superstars Report this review
Verified buyer Pro Privacy ON (login to see reviewer names) on April 9th, 2016
Arthur Trace is super creative and talented. I learned a lot about creating and adapting routines from this lecture. Don't worry that there is a slow start to the lecture, by the end you will love this man so much. He's a brilliant magical thinker, so soak up everything you can.
Did this review help you? Do you want to respond to this review?
Bestsellers