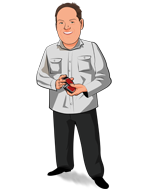 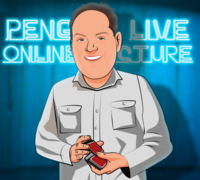 Today, when you order "Jeff Stone LIVE", you'll instantly be emailed a Penguin Magic gift certificate. You can spend it on anything you like at Penguin, just like cash. Just complete your order as normal, and within seconds you'll get an email with your gift certificate.

"Jeff Stone has quietly published a series of excellent magic books that are well-worth your time and money. His latest one, 793.8, is all that again, but raised to another level. His deepest interest is to help you tap into the magic in your magic—those moments of deep, true astonishment. Between Jeff’s thoughtful essays and excellent routines, you will find yourself inspired to create more magical magic. Highly recommended." - Lawrence Hass, Associate Dean of McBride’s Magic & Mystery School

"Jeff Stone's 793.8 asks us to discover where the magic is in our methods, effects, presentations, and in our lives." - Robert E. Neale

"I'm an enormous fan of the philosophical perspectives flowing through this book [793.8], but make no mistake, these pages also document many powerful, clever, commercial magic effects. Among my favorites are 'Leaving Decks', 'Martika', and the extremely intimate 'Ode to Charlie.'"- Jay Sankey

"793.8 is one of the freshest and most powerful books about presentation for magicians that I have read in a very long time. Your thoughts on connecting with an audience are so powerful that they literally woke me up to being a better performer. Thank you so much for this fantastic work." - Richard Sanders

"Jeff Stone is always creating and sharing his creative and original ideas that make us think out our magic in new ways. Particularly powerful are his effects with natural objects in close up situations." - Paul Draper

"I've been a big Jeff Stone fan for a while now. Not only is he a good friend, he creates powerful, direct and -most of all- commercial close-up magic. I also really respect Jeff as a teacher. He really knows what he's talking about. 'GEMSTONES' is the perfect opportunity to get to know Jeff and learn how his very clever mind ticks!" - Jay Sankey

"You've opened the door to a world of presentations that are precisely the type of ego massage audiences, particularly female spectators, eat up. It is perfect for the type of party atmosphere generally worked by tarot readers, face painters, balloon modelers and magicians. Properly marketed, a clever magician could use the material in Spectral Chill - Tarot Below Zero to double his/her value to a party planner and therefore his/her price." - Wesley James

S.S. Vanish  A bare handed utility vanish that allows you to vanish just about anything you can fit in your closed fist. This portion of the lecture is my opener and it covers several different applications for the vanish.

Visa 2.0 This is mentalism routine that fits into a small card wallet and has a fun presentation where the spectators help you remember what item you recently purchased.

Frixion A whole segment on Frixion pen magic. I’ll perform one effect and then discuss/perform multiple ideas/effects possible with the pen. The effect I perform is one where a drawing of a petri dish is shown. It contains “bacteria” from an old deck of cards. When the bacteria is cooked (i.e. a flame is applied to the drawing), the bacteria forms into a selected card.

Ace Re-Revisited Portable book test based on (and use with permission) Larry Becker’s dictionary book test. The presentation is centered around the power of the written word.

I Need a Hero A stand up mentalism routine involving 6 or 7 people where they take on the role of superheroes and battle it out. The winner is predicted in advance.

Triptych 3 Card revelation where the spectator “learns how to be a magician.”

In a nutshell, Jeff Stone is: Magician, Programmer, Rubik’s Cuber.

He became interested in magic as little kid (5 or 6 years old) and has been obsessed with it pretty much his whole life.

He spent years as a children's show magician and also spent years performing close-up and stand-up magic. He also served in the U.S. Navy on board a fast attack submarine where he spent countless hours practicing and performing.

He retired the magazine and has been focusing on writing again. Mostly, these days, Jeff spends time reviewing magic. He spends over 40 hours per week on magic reviews and is the owner of the two largest magic review sites in the world. www.MagicReviewed.com and www.MyLovelyAssistant.com

Jeff has a few web clients whose websites (or applications) he's built and maintains. Probably the most notable one is Jay Sankey’s www.InsideDeception.com. He built the site/system and maintains the code along with most of the customer service and tech support.

Along with all of that, Jeff has been obsessed with the Rubik’s Cube since he was a kid back in the 80’s. His average solve time is about 33 seconds and his best time is 24.56 seconds!

If you've never been to a magic lecture, there's never been a better time. Sunday, June 12th, at 7:00pm, we're streaming Jeff Stone LIVE in a spectacular 2-hour online lecture. Watch and learn things you won't find in any book or DVD.

Worth The Purchase Report this review
Pro Privacy ON (login to see reviewer names) on May 20th, 2016
I went to see Jeff Stone live in the studio. His effects are very creative but he is the king of Frixion pen creativity. His lessons on Frixion pens is worth the lecture alone. I also really enjoyed the interview with Dan Harlan at the end and getting Jeff's perspective on being a good performer.
7 of 8 magicians found this helpful.
Did this review help you? Do you want to respond to this review?

Jeff is great Report this review
Pro Privacy ON (login to see reviewer names) on July 3rd, 2016
Jeff also has the best youtube magic reviews on the planet.
I wish the Supreme Court was as fair and objective as he is :)
6 of 6 magicians found this helpful.
Did this review help you? Do you want to respond to this review?

Great Useable Stuff Report this review
Verified buyer Pro Privacy ON (login to see reviewer names) on September 23rd, 2016
Jeff came in and did the stuff that brings him bookings and money. You won't find any "high-end" moves here; no cutting edge cardistry, just good magic well explained.
If you watch this and don't find something that will help your act, I will be very surprised. Jeff is a great thinker and his mantra "astonishment over moves" is one that ought to be in the minds of many magicians I have seen.
Highly Recommended!
4 of 4 magicians found this helpful.
Did this review help you? Do you want to respond to this review?

Excellent Lecture! Report this review
Verified buyer Pro Privacy ON (login to see reviewer names) on June 14th, 2016
I really enjoyed this lecture. A ton of really practical stuff for both amateur and pro magicians. I really enjoyed his work with the frixion pen.
4 of 4 magicians found this helpful.
Did this review help you? Do you want to respond to this review?

Fantastic! Report this review
Pro Privacy ON (login to see reviewer names) on June 25th, 2016
This was a really fantastic lecture. I loved Jeff's work of on frixion pen (there was so much!) Something that I loved was that Jeff revealed and performed his stand up show which is something we don't get too often and was very welcome. Well worth watching!
3 of 3 magicians found this helpful.
Did this review help you? Do you want to respond to this review?

jeff stone 2 Report this review
Pro Privacy ON (login to see reviewer names) on June 20th, 2016
so informative and great ideas and routines
learnt so much using it
3 of 3 magicians found this helpful.
Did this review help you? Do you want to respond to this review?

Jeff Stone Report this review
Verified buyer Pro Privacy ON (login to see reviewer names) on June 18th, 2016
Heat erase principle was worth the cost of the show. Great mentalism ideas, commercial superhero trick and thumbtip ditch idea and seven card tricks.
3 of 3 magicians found this helpful.
Did this review help you? Do you want to respond to this review?

Good variety Report this review
Verified buyer Pro Privacy ON (login to see reviewer names) on December 4th, 2017
A mixed bag of effects which has something for everybody. Jeff worked hard with an audience of young people who could be difficult at times.
2 of 2 magicians found this helpful.
Did this review help you? Do you want to respond to this review?

I enjoyed this very much Report this review
Verified buyer Pro Privacy ON (login to see reviewer names) on November 7th, 2017
Solid performances of very enjoyable and usable effects including cards and mentalism. We'll done Jeff.
2 of 2 magicians found this helpful.
Did this review help you? Do you want to respond to this review?

Great, Solid, Practical Magic Report this review
Verified buyer Pro Privacy ON (login to see reviewer names) on June 16th, 2016
Jeff shared some of the best, practical insights of almost any lecture Penguin has had. His stuff is useful, usable and unusual - fun and insightful for beginner and professional alike. GREAT LECTURE and worth twice the price!!
2 of 2 magicians found this helpful.
Did this review help you? Do you want to respond to this review?
Load more reviews
Bestsellers