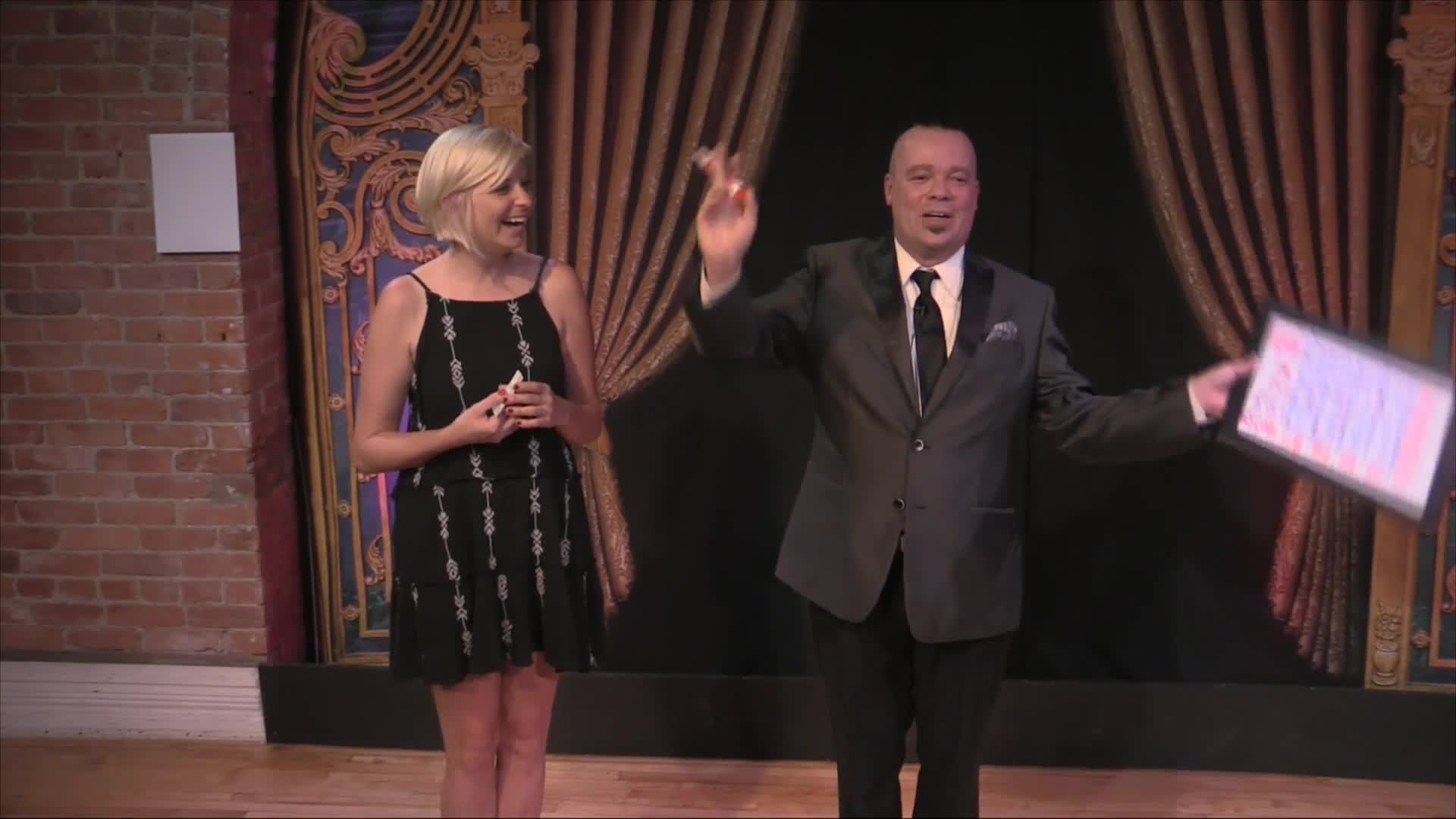 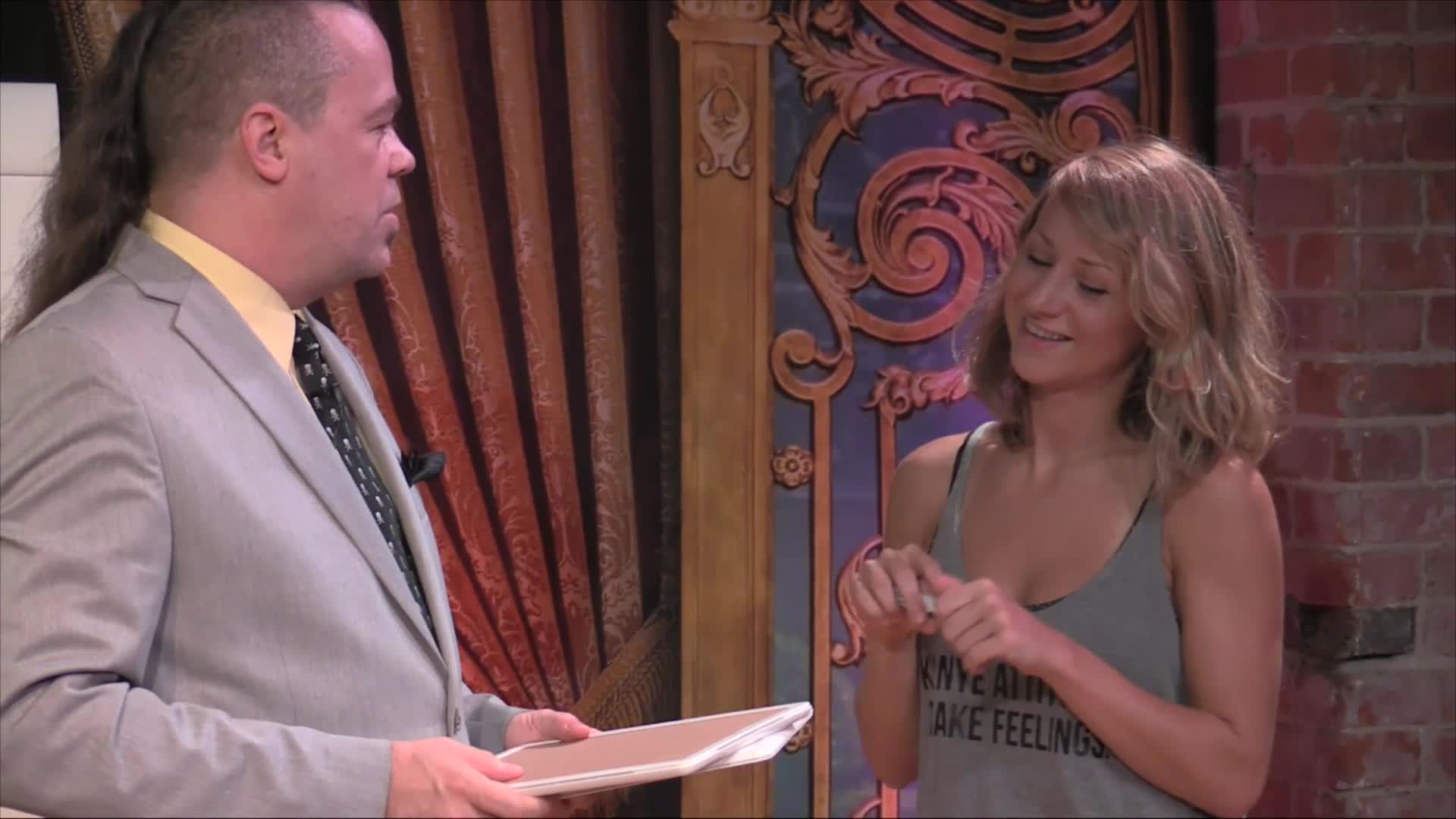 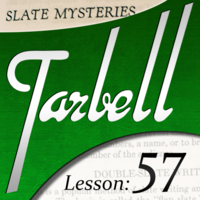 Today, when you order "Tarbell 57: Slate Mysteries Part 1", you'll instantly be emailed a Penguin Magic gift certificate. You can spend it on anything you like at Penguin, just like cash. Just complete your order as normal, and within seconds you'll get an email with your gift certificate.

The idea of images appearing on slates has been around for a long time, but (in this lesson) You'll learn new presentations and techniques using modern props.

We kick things off with a nod to the original by re-introducing this outdated communication technology, which still works surprisingly well.

After replacing the slates with photos, your audience chooses a destination and a famous person. Initially, there's a brief mix-up, before everything proves correct.

Then, I teach you a sneaky way to match a serial number on a marked bill, incorporating a clever technique from Al Baker, and a bit of business of my own.

You'll also learn to instantly draw any famous landmark chosen, even though both boards are initialed to prevent any shenanigans... or so it seems.

And by applying some slate techniques to cards, I replicate (in a visual way) one of my favorite science fiction ideas... psychic paper.

Then, the boards do all the work as a joke answer turns into a kicker, a chosen symbol appears all by itself, and another choice refuses to be erased.

Plus, I introduce you to an ingenious, mechanical board which can make you look like a record-setting, mathematical master-mindreader... and more.

If you thought slates were only for seances, prepare to have your mind blown by the wide variety of possibilities presented in these Slate Mysteries.

Fantastic! Report this review
Verified buyer Pro Privacy ON (login to see reviewer names) on October 8th, 2016
The effect with the serial number changing was worth the price of the entire download. So many ways you could present it: hypnosis, amnesia, magic, etc.

Great!!
2 of 2 magicians found this helpful.
Did this review help you? Do you want to respond to this review?

Unflappably Great Report this review
Verified buyer Pro Privacy ON (login to see reviewer names) on August 30th, 2016
I have many slates, wood, plastic, large, small, chalk, dry erase, etc. This series takes the concept into the 21st century with the option to go old school. Another excellent job from Dan. Not just for the mentalist, but for the entertainer.
2 of 2 magicians found this helpful.
Did this review help you? Do you want to respond to this review?

So Useful After Some Work Report this review
Verified buyer Pro Privacy ON (login to see reviewer names) on August 29th, 2016
This is a gem of a teaching video. Whether you want to learn classic slate magic or updated work with dry-erase boards, this is the place to start. You even learn a card trick that uses cards instead of slates and the staged change is ingenious. Don't be surprised that this type of magic will take some work on your part to gather and modify materials. That's how it was back in the early days of Tarbell and it hasn't changed.

These are generally stand-up tricks and the staging in a parlor or stage show is needed in some routines. Dan has some nice effects here and the knowledge he imparts can inspire you to modify these for your working conditions. If you would never do a magic square presentation, then you can undoubtedly find many other uses for the gimmicked board he teaches you how to make.

The appearing symbol during the erasing of a dry-erase board covered with wrong guesses and scribbling is super. Arts-and-crafts are required again, but this can really be turned into something special. I've got several ideas already to incorporate into the presentation.

If you just want effects you can watch and perform immediately, then this isn't for you. These will take time and effort to prepare, but you will end up with an array of effects far broader than just the specific presentations given here. I really appreciated learning these items.
2 of 2 magicians found this helpful.
Did this review help you? Do you want to respond to this review?

Great updates to the material Report this review
Verified buyer Pro Privacy ON (login to see reviewer names) on June 11th, 2022
I love how Dan updated the material from the somewhat archaic nature of slates to the more updated version of dry erase boards. Dan even goes over using these techniques to photo frames. Very good techniques and principles to add to your repertoire.
Did this review help you? Do you want to respond to this review?
Bestsellers