Today, when you order "Brainwave Deck (Bicycle)", you'll instantly be emailed a Penguin Magic gift certificate. You can spend it on anything you like at Penguin, just like cash. Just complete your order as normal, and within seconds you'll get an email with your gift certificate.

Take Invisible Deck (performed by David Blaine) and add one more HUGE climax! This effect is almost too powerful!

You ask a spectator to name any card in the deck. She tells you which card she has chosen. You remove a deck of cards from its box and fan the cards. There is one card face up in the deck -it is the spectator's freely named card!

Now, for the *second* climax. You prove that you knew the card to be selected in advance by showing that spectator's card has a different colored back than the remainder of the deck!

This is a real Bicycle brand deck that was handmade into a Brainwave deck. The familiar Bicycle look and feel will take the heat off the cards.

Prefer invisible deck Report this review
Pro Privacy ON (login to see reviewer names) on April 8th, 2010
This is very similar to the Invisible Deck, both in terms of the method and the routines you'll end up doing with them. The major difference is, with the Brainwave Deck, aside from showing the spectator that you knew what card they would select by having it reversed in the deck, you also show that it has a different back from every other card.

The problem is, why is it necessary to double-prove it? You've already shown that you "knew" the card because it's the only card in the deck that's face up. That's all the proof you need. By taking it a step further, you're drawing unwanted attention to what was already a good effect. To paraphrase Shakespeare, "The Magician doth prove too much"

This is why I prefer the Invisible Deck. I don't think the "extra" provided by the Brainwave Deck is helpful. If anything, it's detrimental. I also find the Invisible Deck easier to work with, because you're keying off the faces of the cards, rather than looking at the backs trying to find pencil dots that you hope aren't too noticeable.

I'd never say that the Brainwave Deck is bad, but if you can get an Invisible Deck instead, I'd have no reason to want one of these.
13 of 13 magicians found this helpful.
Did this review help you? 4 comments

I cannot recommend against this trick enough. I purchased it years ago, and I think I performed it maybe a handful of times before it was shelved, ne'er to return to my arsenal.

The reason is actually interesting. There are certain effects that are almost too powerful. This is one of them. What I mean is that when an effect is THAT powerful you don't want a non-examinable gimmick to be its focus. People will automatically assume it's in the cards, and unfortunately with this trick, there is no real way to end clean. You just got to hope that the spectators don't ask. Even with doing a deck switch, you really can't end completely clean because of the improv nature of the effect. The trick is really awesome, but because you are super dirty at the end of a powerful trick, people are going to be less impressed with you if they can't examine the cards.

Almost the same effect can be done with Invisible Deck, and can be done cleaner and better. Some argue that Invisible Deck is also gimmicked and non-examinable, which is true. But Invisible Deck doesn't lead to the same amount of skepticism due to being "overpowered" the way Brainwave does. Brainwave not only finds the card, but also focuses attention to the back of the card being different from the others. People will question not so much the appearance of the card but if in fact the others are all truly a different color. Invisible Deck doesn't have that problem. It's the same effect, but to the audience they see everything they need to see when you show it. And bonus, Invisible Deck can be easily switched out if needbe. Not so with Brainwave.

I would highly recommend Invisible Deck over this, as it is more versatile, cleaner, and provides the same if not even greater reactions as Brainwave. Brainwave just isn't worth it.
14 of 17 magicians found this helpful.
Did this review help you? Do you want to respond to this review?

B_Magic's Brainwave Review Report this review
Pro Privacy ON (login to see reviewer names) on April 19th, 2003
Honestly, I feel Invisible Deck is a much better buy than Brainwave. The two effects are similar, and although Brainwave adds the color change, that extra punch puts much more heat on the effect than Invisible does (which leads to much more unwanted questioning/skepticism by the spectators). I feel Brainwave is a good effect, but Invisible Deck is much, much better. B_Magic score: C-
4 of 4 magicians found this helpful.
Did this review help you? Do you want to respond to this review?

Not ID, but close second. Report this review
Verified buyer Pro Privacy ON (login to see reviewer names) on April 2nd, 2010
If you're deciding between this and an invisible deck, stop, get both. It's an interesting effect and very powerful, but it seems a little "buggy" to me. I played with it for about six months after getting it and it never found its way into my regular repertoire. I'll still pull it out every now again, and that says a lot, but it's not my favorite gimmicked deck, or second favorite gimmicked deck for that matter, but it's still a helpful one. Add to cart.
4 of 5 magicians found this helpful.
Did this review help you? Do you want to respond to this review?

Brainwave Deck Report this review
Pro Privacy ON (login to see reviewer names) on April 22nd, 2003
This is one of my favorites, because of all the magic packed into it. Read the effect. INCREDIBLE! Watch the video demo. INCREDIBLE! Easy to do, based on the principle of the Invisible Deck for those who own it. That's the positive, and keep in mind, theres a lotta positive. The problems: Similar to D'Lite, if you buy only one, you're selling the trick short. The trick cannot be done exactly as the video shows, the deck must be in your pocket first. If you buy two decks, its gonna take a lot of the awkwardness (on your side of the trick) away and make everything a little bit more convenient. Another problem: expect a lot of suspicion on the deck of cards, suspicion that you really can't answer to. I've mastered three types of deck switches, and use them often, but never ever for brainwave. Its just too much crazy attention going on the deck, to much magic happening to the cards to get away with a switch. Solution: walk away before they say a word. Leave the card in there hand, its replacable. I LOVE THIS TRICK. Absolutely get two brainwaves in your next purchase. Practice hard, get the routine down for this one. This is a trick where the routine really makes or breaks the effect. Enjoy.
2 of 2 magicians found this helpful.
Did this review help you? 3 comments

Brainwave Review Report this review
Verified buyer Pro Privacy ON (login to see reviewer names) on April 21st, 2003
Good effect, Easy to do! and blows people away!!! Thats why Blaine and other pro Magicians use the effect!!!
2 of 2 magicians found this helpful.
Did this review help you? 1 comment

THE FIRST BRAINWAVE REVIEW Report this review
Verified buyer Pro Privacy ON (login to see reviewer names) on April 18th, 2003
I didn't really like this trick because it is hard to perform it more then once for people without them suspecting something and the way the trick is designed makes it very hard to master.
2 of 2 magicians found this helpful.
Did this review help you? Do you want to respond to this review?

this is great Report this review
Verified buyer Pro Privacy ON (login to see reviewer names) on December 20th, 2017
I know many people love the invisible deck. but to me, it can stay invisible. this trick, instead, if shown right, will make their jaws drop. they can't think that you secretly flipped it because their choice has a diff. color. back.
1 of 1 magicians found this helpful.
Did this review help you? Do you want to respond to this review?

THIS IS COOL Report this review
Verified buyer Pro Privacy ON (login to see reviewer names) on December 27th, 2003
I just got this and I love it. The deck looks and feels like a regular deck. Be careful because if you don't handle it right you can show the secret but otherwise it's a great deck.
1 of 1 magicians found this helpful.
Did this review help you? Do you want to respond to this review?

Only one problem Report this review
Verified buyer Pro Privacy ON (login to see reviewer names) on April 22nd, 2003
I like this trick, but it could be difficult to do it to the same person more than one time.
1 of 1 magicians found this helpful.
Did this review help you? 2 comments
Load more reviews
Bestsellers 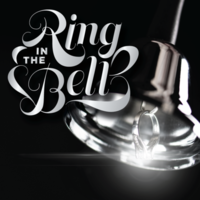 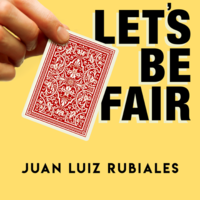 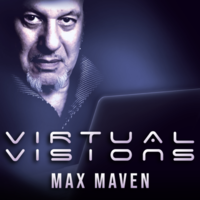 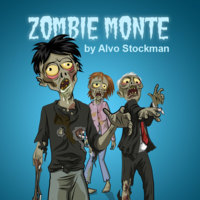 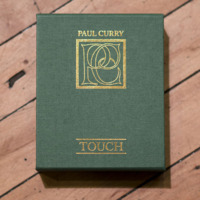 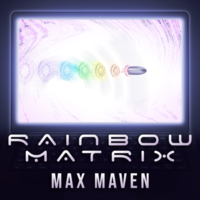 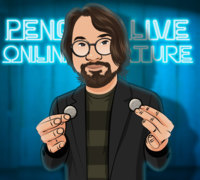 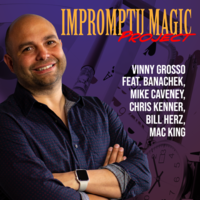 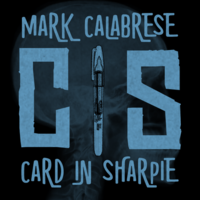 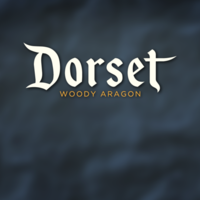 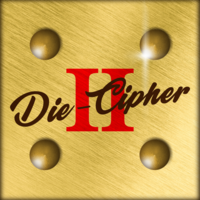