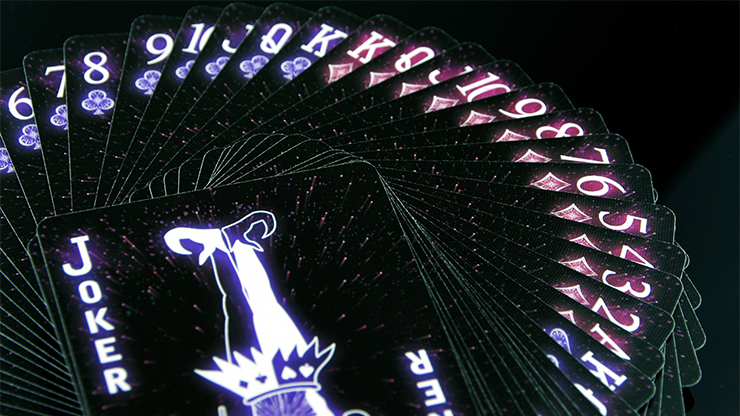 Today, when you order "Bicycle Starlight Shooting Star Playing Card", you'll instantly be emailed a Penguin Magic gift certificate. You can spend it on anything you like at Penguin, just like cash. Just complete your order as normal, and within seconds you'll get an email with your gift certificate.

Make a wish! Collectable Playing Cards introduces the 3rd edition in the sought after Starlight Collection. Starlight Shooting Star sparkles with its vibrant pinks and purples. If you have the original Starlight deck and Starlight Black Hole then make sure you don't miss out on Shooting Star.

The back card displays a burst of stars surrounded by a swirl of twilight. A beautiful fan with a black hole center.

The court cards glow with a neon pink. The courts are the same style as the previous two Starlights with shooting stars in the background.

The numbered cards show the same pink glow against a jet black backdrop. These cards really pop!
Questions about this product