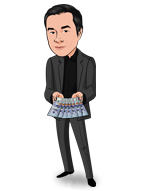 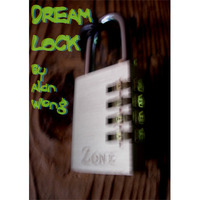 Today, when you order "Dream Lock by Alan Wong", you'll instantly be emailed a Penguin Magic gift certificate. You can spend it on anything you like at Penguin, just like cash. Just complete your order as normal, and within seconds you'll get an email with your gift certificate.

A borrowed ring is locked on a 4 digit combination brass lock, the dials are mixed by the magician and the spectator can hold on to the lock while the dials are mixed and spectator can test a few times that the lock cannot be opened. Spectator thought of any 4 digit number and put the numbers on the lock by herself. This proves to be the secret code that opens the lock! Spectator retrieves her ring from the lock in the end. There is no need to force any pre-conditioned numbers such as someone's year of birth, anniversary or birthday.

You can do either of the following:
1. Ask spectator to name ANY 4 digit number
2. Tell the spectator you are going to project the secret 4 digit number to her mind and have the spectator name it.
3. Have 4 different people name a single number each to form a 4 digit number. (This plays big on stage) Whatever numbers the spectators have chosen, they put the numbers and open the lock with their own hands!

Alan Wong:
"I remembered my fascination when I saw the effect of a combination lock that opened on my year of birth. Later I came to notice an enhanced version that opens only on the month and day of your birthday. This further enhanced my interest and become a dream to develop a stronger effect with the combination lock possibilities where you are not limited to dates and years but open with any numbers named without any force and presetting work. After more than a year's work, I am pleased to present you here my idea realized of such desired effect, the Dream Lock."

locked... Report this review
Verified buyer Pro Privacy ON (login to see reviewer names) on October 28th, 2012
i really like this thing. you can prove that its a normal lock and that it will not open if pulled. they can come up with any number(s) and try and you'll have a miracle. its very simple so you just need to play with how you are going to manage your spec and what the "theme" for this will be. your presentation. you'll learn to use the lock in about a min.

the cons: come come now ppl, its a $3 modified lock that sell for almost 100. if you can get through that i recommend grabbing this.2nd, when it has been opened it doesnt really "pop" open. i had one spec not know she had opened it. its a very small movement so make sure you instruct them.

p.s. as a bonus to really prove that the randomly selected numbers really are the combination you can thumb write it onto a piece of paper through a cut out in an envelope. remove the paper from the envelope to show them while theyre reacting to the lock being opened.
3 of 4 magicians found this helpful.
Did this review help you? Do you want to respond to this review?

Cool Trick at Patries Report this review
Verified buyer Pro Privacy ON (login to see reviewer names) on October 17th, 2014
Really like this trick but I think the $100 price is way out there! Getting me to pay the $100 for this lock is even a better trick!
2 of 3 magicians found this helpful.
Did this review help you? Do you want to respond to this review?

Dream Lock by Alan Wong Report this review
Verified buyer Pro Privacy ON (login to see reviewer names) on October 14th, 2018
This is a great effect. The lock well made (big & heavy). The gimmick is counter intuitive, and fools everybody. With good patter & presentation, it kills!
1 of 1 magicians found this helpful.
Did this review help you? Do you want to respond to this review?

Best I have found Report this review
Verified buyer Pro Privacy ON (login to see reviewer names) on March 30th, 2019
I have another lock from a different manufacturer that works the same way but that lock is smaller than the Dream Lock and the numbers are harder to see. This lock is exactly what I was looking for. I love it and it's in my show. By the way, you can play this up for stage or carry it in your pocket. It is that versatile.
Did this review help you? Do you want to respond to this review?

It's all in your presentation Report this review
Verified buyer Pro Privacy ON (login to see reviewer names) on March 19th, 2018
Ok, this is expensive for what it is, and essentially you are given a tool that will only be as astonishing as the presentation you come up with for it. However, after using it several times in shows I can say that it is incredibly powerful when done right. You are given a very basic handling in the instructions, so unless you have a specific idea for using this you aren't going to have a lot to go on. Put some thought into how to be creative with it, definitely add a lot of byplay with the audience (or this will be a 30 second trick), and you'll have a miracle for them.
Did this review help you? Do you want to respond to this review?

Still the best Report this review
Verified buyer Pro Privacy ON (login to see reviewer names) on June 12th, 2016
For what it does it is still the best. Good looking sturdy lock. Recommended.
Did this review help you? Do you want to respond to this review?
Bestsellers