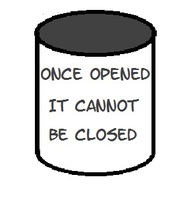 Today, when you order "ACAAN of Worms - by Tom Phoenix", you'll instantly be emailed a Penguin Magic gift certificate. You can spend it on anything you like at Penguin, just like cash. Just complete your order as normal, and within seconds you'll get an email with your gift certificate.

This is a collection of 10 ACAAN and plot variation methods. It covers subconscious predictions, Si work, and other such shenanigans.

- Predestination - A deck is shuffled by the spectator, and a card is thought of. The participant deals cards until they find the one they thought of. You have predicted the exact position it was found in. No forces involved, and nothing is said out-loud by the participant. Oh, and you can perform this blindfolded.

- True ACAAN - No stooges, forces, trick decks, etc. It requires work, but it's not hard to do, and is entirely hands-off.

- Nature's CAAN - Inspired by the Mandelbrot Set. This is a double prediction effect, which can be used to reveal the Fibonacci Sequence.

- Honest Abe's CAAN - The serial number from their bill determines where their card will be found.

- The Mess With Magicians ACAAN - you will fool other magi with this.

- Predicted Summation - A number is created during a trance-state, and a spectator-shuffled deck is shown to reveal summations which match the number.

- Cube - A card is selected, remembered, and lost in the deck. A participant has a brief hallucination, in which they see a number floating in an imaginary box. The number they saw corresponds to the location of the selection.

- Any Card At Any Half Number - A little joke-effect, where a participant "reads" your mind, and their selection appears 1/2 a position away from the number they think you're thinking of.

- Two-Phase Addition CAAN - A two-phase CAAN, where the first phase sets up the second.

- Crystal Clear Peek Device - A peek device made from the card box - includes two applications, one of them is an ACAAN effect.