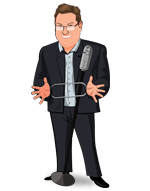 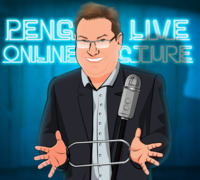 Today, when you order "Anthony Lindan LIVE", you'll instantly be emailed a Penguin Magic gift certificate. You can spend it on anything you like at Penguin, just like cash. Just complete your order as normal, and within seconds you'll get an email with your gift certificate.

"Anthony Lindan is a consummate full time professional performer and anything he shares will be ideas, routines and concepts that have been honed over hundreds of shows in front of paying clients. I’ve worked with Anthony on numerous projects and seen him action performing and connecting with corporate clients, he is the REAL DEAL. Highly Recommended." - Bill Abbott, Bill Abbott Magic

"Anthony Lindan is a rare combination of a deep thinker and a professional working pro. His magic is clever, well thought out and super practical. Don’t miss him!" - Richard Sanders, Sanders FX, Unbelievable Magic

“It’s not often that a full time pro is willing to tip some of his secrets from the real world - but when they do, I listen. Especially when that pro is Anthony Lindan. I’ve always been impressed with Anthony’s ability to create high impact magic that’s practical, fun, and easy to execute. He has a great mind for clearing out the unnecessary and delivering proven routines with a keen focus on audience reaction. Don’t miss this!” - Paul Richards

"I've always found Anthony Lindan and his magic to be engaging, friendly, and well-thought out. As a seasoned professional he has a wealth of knowledge and experience to draw from - and to tap into." - Raj Madhok

Worker’s Magician’s Insurance Policy This commercial routine, which evolved over years of real world trial and error, entertainingly combines audience participation and the classic ‘magician in trouble’ ploy. The Insurance Policy is the surprise final revelation of a four selected card routine.

Psychic Connection A spectator uses a special ‘psychic key’ to unlock their psychic abilities. A playing card is freely selected sight unseen. The spectator then randomly cuts the deck into three
piles. The top card of each pile identifies the color, suit and value of the selected card. For an eerie surprise ending the three digit number created by the cut to cards is found engraved on the fob of the ‘Psychic key’.

Card In Photograph A freely selected playing card magically appears on a photograph. I have three versions all of which are accomplished without sleight of hand.

Four & Then Some This routine was specifically created for tables of four people in a restaurant. Four spectators randomly take a card without looking at them. The performer explains that he will use three of the cards to divine the identity of the fourth which he has not seen. Looking at the three cards he correctly determines the color, value and suit of the fourth card, for example the 10 of Clubs. For the kicker, the three other selected cards are revealed to be the other three 10’s. The four spectators randomly selected the four 10’s!

Too Much My version of Eddie Fetcher’s card trick, ‘Be Honest What Was It?’ Two cards, one held by the magician and the other by a spectator, change into two different cards. The magician then pulls the two original cards out his pants pocket and the two changed to cards out of his coat pocket.

Unknown Psychic This is my working man’s variation of Ari Soroka’s ‘The Red Carpet’ released by Jason Palter. The magician performs a tribute to the Unknown Psychic. He has an audience member think of and concentrate on a pop culture celebrity. For example, the spectator is concentrating on Jason from the Friday The 13th movies. He then covers his head with an opaque paper bag to help improve his extra sensory perception. He attempts to receive the spectator’s thoughts and draw the selected celebrity’s face on the paper bag. Unfortunately neither the audience nor the spectator can identify the face drawn blind by the magician. Exasperated he asks for the name of the selected celebrity and pleads that this is indeed the image he received and drew. Realizing that no one believes him, he dramatically removes the bag and vindicates himself by revealing that he is wearing the same type of goalie mask worn by Jason in the Friday the 13th movies.

Signed Bill in Kraft Dinner A funny and amazing bill to impossible location effect that has been a staple in my corporate and family show for the past 10 years. The performer boasts that he can magically turn a spectator’s signed $1 bill into a hundred. Things take a comedic twist when he turns the bill into 100 PESOs not dollars. As a consolation the performer offers the spectator a beautiful dinner for two compliments of the venue – a box of Kraft Dinner. The spectator examines the box, confirms that it is factory sealed and then opens it and finds his signed bill inside!

Do-As-I-Do Finding the Aces An audience participation trick where both the spectator and the performer do magic. A gentleman is invited on stage, shuffles a deck of cards, keeps half the deck and gives the remaining half to the performer. Both put their respective halves in their inner jacket breast pockets. Standing side by side on stage both put their hand into their pockets with the cards. By using just their sense of touch each removes two cards that they believe are Aces. Amazingly, the four removed cards are the four aces!

Extreme Telephone Game A surprising double prediction card trick that has been a staple in my corporate show for the past 5 years. The performer takes the audience back to summer camp by playing the old ‘Telephone Game’ where everyone sits in a circle around the camp fire. One person starts off by whispering a simple phrase into the ear of the person next to them. This person does the same until the whisper goes all around the circle. It is always funny to see how much the phrase has changed by the time it reaches the last person.

In ‘Extreme Telephone Game’ one spectator randomly picks a card to serve as the starting point. This person whispers the name of the card to the next person but with one big difference. Every time the card’s name is whispered the person must whisper the name of a different card. This repeated until the last person is reached. The first and last person each stand and announce the starting and ending cards. Amazingly the performer predicted both cards!

Lucky Dollar The magician bets his lucky dollar bill that he can find the spectator’s card. After apparently failing, the magician reveals the name of the selected card is printed on the back of his lucky dollar. The reaction to this audience pleasing routine is way out of proportion to its easy-to-do method. All you need to do is carry a $1 bill in your pocket or wallet and you’ll be set to perform this entertaining trick that will leave your audience smiling and laughing.

REDONKULOUS (Performance, partial explanation and discussion) A coincidence mentalism effect that has been a staple in my corporate act for the past 15 years. A spectator freely thinks of a word printed on a sheet of newspaper. The magician repeatedly tears up the newspaper and the audience decides which pieces to eliminate. This is done until a small piece remains. Another spectator then randomly points to any word on this remaining piece. Amazingly, it is the same word selected by the first spectator!

The Incredible Suit Jacket Escape (Performance, partial explanation and discussion) A comedy Houdini-inspired escape that has been my corporate show closer for the past 20 years. The performer, through a series of comedic misadventures, escapes from his own suit jacket although his hands are securely hand cuffed.

Anthony Lindan has over 20 years of experience performing at corporate and business events. He has literally performed thousands of presentations and shows at sales meetings, trade shows, product launches, training sessions, golf tournaments and hospitality suites.

Anthony understands the intricacies, subtleties and nuances of corporate entertaining. Often what he doesn't do is just as important as what he does, both on and off the stage. He has built a solid reputation for delivering an amazing and humorous experience that can be appreciated and enjoyed by all audiences.

Surprised Report this review
Verified buyer Pro Privacy ON (login to see reviewer names) on March 17th, 2018
I known the name from Anthony Lindan from a magazin published years ago. From this I thought Mr. Lindan was one of the mentalism guys, but his routines reads always practical and fun to perform. Now I had the chance to see this man perform and explain his material. His effects are not designed to show you as Mr. Super Magic! So you will get small smilings at your next club meeting. This is not the goal from Mr. Lindan. His effects are direct, easy to understand and envolved people! You will interaction and fun! Here you will see, Mr. Lindan is a worker! At some points he flashes also his corporate style! This is really great! I wish to get more from Mr. Lindan! He is one of the top workers!
Did this review help you? Do you want to respond to this review?

Very professional and entertaining Report this review
Verified buyer Pro Privacy ON (login to see reviewer names) on July 24th, 2017
Anthony is a professional performer and shares all his experience with us. There are so many commercial tricks you can adapt right away for your show. Most of the material is without complicated moves. It shows that a trick doesn’t have to be hard to be good. I am already working on his bill to impossible location. It is perfect for my show. Thank you Anthony and Penguin Magic.
Did this review help you? Do you want to respond to this review?

Highly Enjoyable Report this review
Verified buyer Pro Privacy ON (login to see reviewer names) on July 12th, 2017
I thought Anthony Lindan's lecture was very enjoyable. There was a nice combination of closeup and stage effects performed and explained. His tricks were very entertaining and well thought out. I could tell these were tricks that he has performed many times in front of audiences. I previously purchased Anthony's Suit Jacket Escape, and have performed it many times with great audience response. I think there is something for everyone in this lecture and highly recommend purchasing.
Did this review help you? Do you want to respond to this review?
Bestsellers 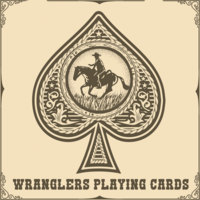