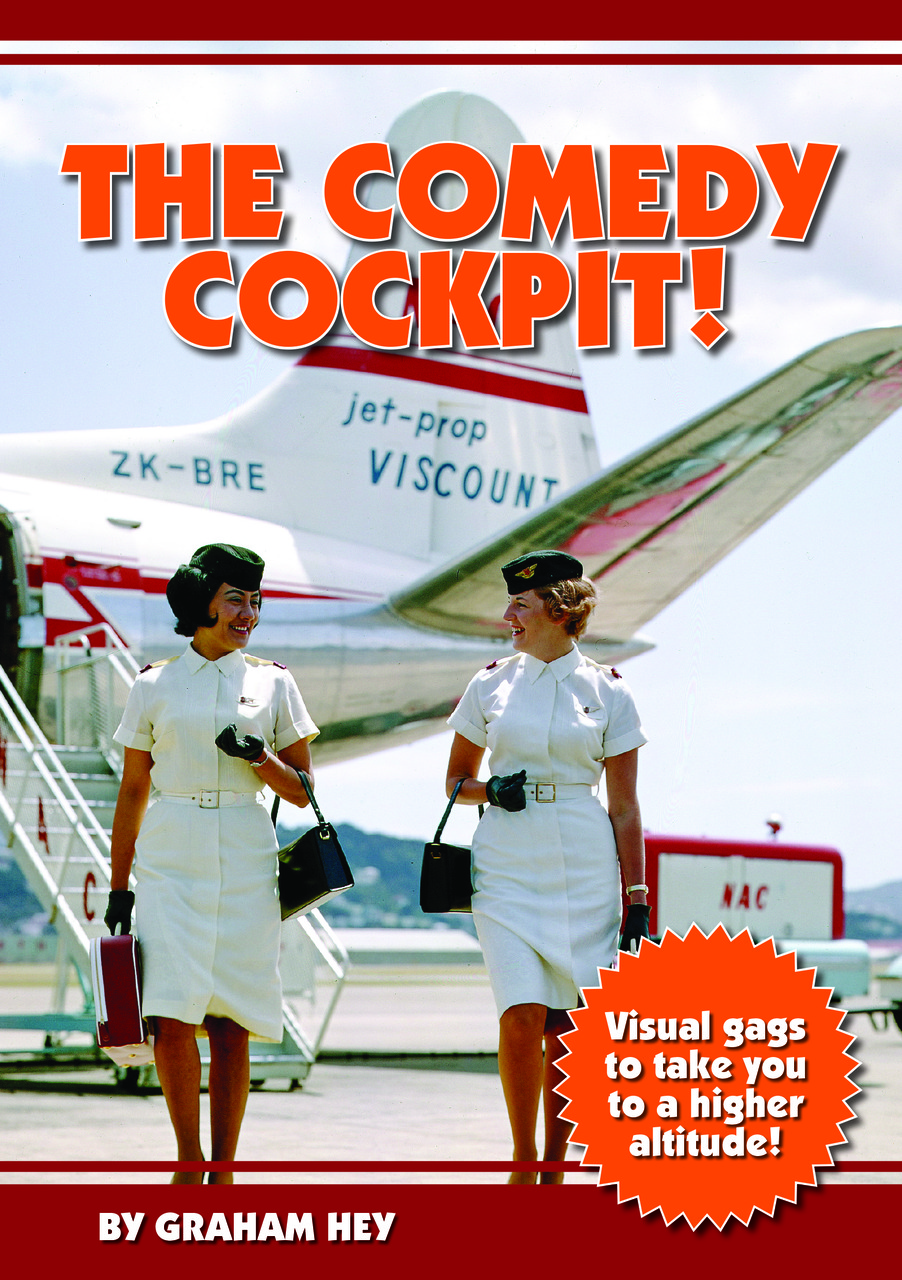 Today, when you order "Comedy Cockpit By Graham Hey", you'll instantly be emailed a Penguin Magic gift certificate. You can spend it on anything you like at Penguin, just like cash. Just complete your order as normal, and within seconds you'll get an email with your gift certificate.

The Comedy Cockpit! Visual gags and one-liners to take you to a higher altitude!

The Comedy Cockpit! By Graham Hey

A brand-new collection of visual gags, one liners and ideas for anyone who would like to add a bit of comedy to their stage act or close-up performances! These are easy-to-do bits and pieces that will get you laughs! You don’t need to be a pro! The Comedy Cockpit is 28 pages and contains a load of great material and a couple of revisited classics!
FREE!!! When you buy the Comedy Cockpit! You also get ‘Killer One Liners to Create a Big Buzz’ compilation of Graham’s first three books FREE! This includes over two hundred original one-liners and a ton of visual gags!
This is top-drawer material, but don’t take our word for it!

REVIEWS & COMMENTS!
I absolutely love anything that Graham Hey writes. I use one of his comedy pieces in almost every show I perform. He is brilliant at creating hilarious material especially when it comes to magic and mentalism... and this new book is fantastic!
Nathan Kranzo – comedy magician

“A superb collection of gags for the working pro. Beautifully explained and masterfully written. If you do comedy this is a "must have" to add to your arsenal.”
Mel Mellers – one of the World’s top cruise ship performers

“This book should be in the Federal Reserve, there’s so much GOLD in it!!”
Mike McClean, cruise ship comedy mentalist

The Comedy Cockpit!
Graham Hey has certainly gathered together a goldmine of extremely funny gags and one-liners. His book 'Comedy Cockpit' is packed with commercial material for all magicians who are anxious to introduce quick-fire gags during their shows. And one doesn't have to be a comedian to obtain the laughs! I'm more than sure if the great Tommy Cooper were alive today, he'd use a lot of Graham's one-liners and visual gags in his act and television shows.
Graham has included gags, bits of business and one-liners to suit all occasions - stage, close-up, and impromptu occasions. Gags suitable for comedy magicians, comperes, mentalists, the list is endless. Funny lines to deliver at the start and finish of shows, when selecting volunteers, announcements before, during and after shows, as well as the odd gag which is suitable for presentations in front of magicians. There's loads of them - and I certainly can use many.

I recommend all magicians to grab a copy - select the gags most suited to their style of performance, and then deliver them to
their audiences. A lot of laughter will come!

A wealth of hilarious one-lines of the type which can be slotted into all kinds of acts.
Graham Hey has done us proud - he's published a tremendous selection of very funny gags, one-liners which add the comedy touch. I have never confessed to being a comedian, but I can certainly raise laughter form my audiences by using the comedy material from this book.

ABOUT GRAHAM
Based in the USA, Graham Hey performs on some of the most prestigious cruise ships in the world doing his comedy mentalism act, and lots of top performers use his material. He has also written routines for magicians and mentalists on Britain’s Got Talent, America’s Got Talent, Penn & Teller Fool Us! And more…

Comedy Cockpit Report this review
Verified buyer Pro Privacy ON (login to see reviewer names) on December 5th, 2018
Some very nice bits of comedy in this book. Handy ad-libs for that gap between effects.
1 of 1 magicians found this helpful.
Did this review help you? Do you want to respond to this review?

Average at Best Report this review
Verified buyer Pro Privacy ON (login to see reviewer names) on October 6th, 2018
I absolutely appreciate that the value of a book isn’t in how many or how few pages are included, but in the content itself. This book has some decent content, one liners and set-up scripts too. For the price though, I feel it is average at best. I wouldn’t deem it a worthwhile purchase for myself.
1 of 1 magicians found this helpful.
Did this review help you? Do you want to respond to this review?
Bestsellers