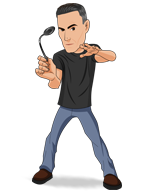 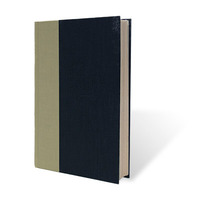 Today, when you order "Uri - A Journal of the Mystery of Uri Geller by Andrija Puharich - Book", you'll instantly be emailed a Penguin Magic gift certificate. You can spend it on anything you like at Penguin, just like cash. Just complete your order as normal, and within seconds you'll get an email with your gift certificate.

In 1971 Andrija Puharich met a talented young Israeli named Uri Geller, whose psychic abilities had already made him well known in his homeland. The next year Uri came to America, where millions of people have since watched him bend keys, stop watches, and break metal rings, with no apparent physical pressure. So far no one has been able to explain successfully how he does these things.

But these remarkable talents are only the beginning of the story told in this book. Out of the friendship between Dr. Puharich and Uri Geller grew one of the most extraordinary adventures of a lifetime. Not long after their first meeting, according to Puharich, they were contacted by "Spectra," a voice they believed to represent an extraterrestrial intelligence called "Hoova." This is Dr. Puharich's account of how he and Uri thus became the first individuals in modern history believed to have made extended contact with non-earthly beings; how "Hoova" explained the source of Uri's psychic powers; and what they learned about the relationship between this intelligence and the inhabitants of earth.

Andrija Puharich is a medical doctor. After completing his studies at Northwestem University Medical School, he set up his own laboratory in Maine for the study of extrasensory perception. He has studied some of the most noteworthy examples of paranormal activity that have occurred in modern times, many of which are detailed in his earlier books, Beyond Telepathy and The Sacred Mushroom.

Pages 285 - Hardbound
Questions about this product