Decent Report this review
Verified buyer Pro Privacy ON (login to see reviewer names) on August 22nd, 2017
This lecture most likely has something to offer you. That's both a blessing and a curse.

I like Marc Oberon a lot, he is a very talented magician. What I like about him is that he is a very visually-oriented magician and that's what I was hoping to get a lot of, since visual magic is a weak area of mine.

Instead I got some. His zombie ball presentation is inspiring. I don't even like zombie ball but I came away wanting to perform it. "Clean Cash" is a favourite mine and he explains it and even offers a brand-new handling idea. His flash production of a ring on a rope was a strong selling point for me in the teaser... but that routine can, and was, explained in about a minute.

Then there was the mentalism, which felt like it was probably about 50% of the lecture. That's where it started to lose me. If you're a magician looking to incorporate more mentalism into your act then will probably be happy. However, as a former mentalist I can point you in the direction of tons of better resources for strong mentalism. While Oberon's lecture does have some good work to share on multiple outs, I don't view him as an authority on mentalism. I see him as an authority on visual stand-up magic which is why I bought the lecture. And so although the other reviews and the product description were clear that he discussed some mentalism I did not realize it would be so much of the lecture, and that disappointed me because it just wasn't what I was looking for.

So I give it a 3/5. It will definitely have something for you, but while his strong areas shine his less-strong areas take up too much time.
Report this comment
Alanhagh
Aug 29th 2017 9:52am
Garett just because you didn't find exactly what you were looking for doesn't mean this lecture was bad. To dock him points and make his over all score lower is just a shame. He deserves 5 out of 5. Where you expecting him to go into ALL his working repertoire from his magic castle act?? He covers what's very important and vital that most magicians don't have, which is structure. Half was that , and half was various effects, but to drop his overall score because he didn't teach all his visual stuff is lame man. And did you want him to hold your hand through the ring on chain effect? He gave you what was needed, go back and rewind if needed. It's a lecture, not a dvd on one effect. If he spent thirty minutes holding your hand on each effect, it would take six hours
Report this comment
mcclure
Aug 30th 2017 3:17pm
The reviewer gives a score for what they think... it wasn't what they were looking for and they explained why.

Just because you found exactly what you were looking for doesn't mean the lecture was good for everyone.

Report this comment
mike_blarney1
Sep 19th 2018 4:05am
I been involved in alot of different web community's.. And with magic.it seems like ppl get mad over little things.. This is. A review of what we think of this lecture, and ppl. Get mad when. We give it. Its only what we think guys. If. 1 guy gives it a 1 it don't mean its a 1 and. Worthless. It's how 1 person feels. Let it go
Report this comment
standup44
Apr 19th 2021 8:04pm
I gave it on e star because I wear a tie and Mark doesn't. This is known as the "garett from Canada" review system.
Add a comment
Bestsellers 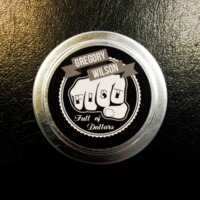