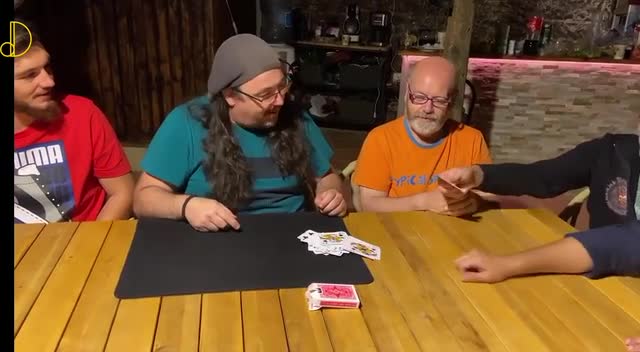 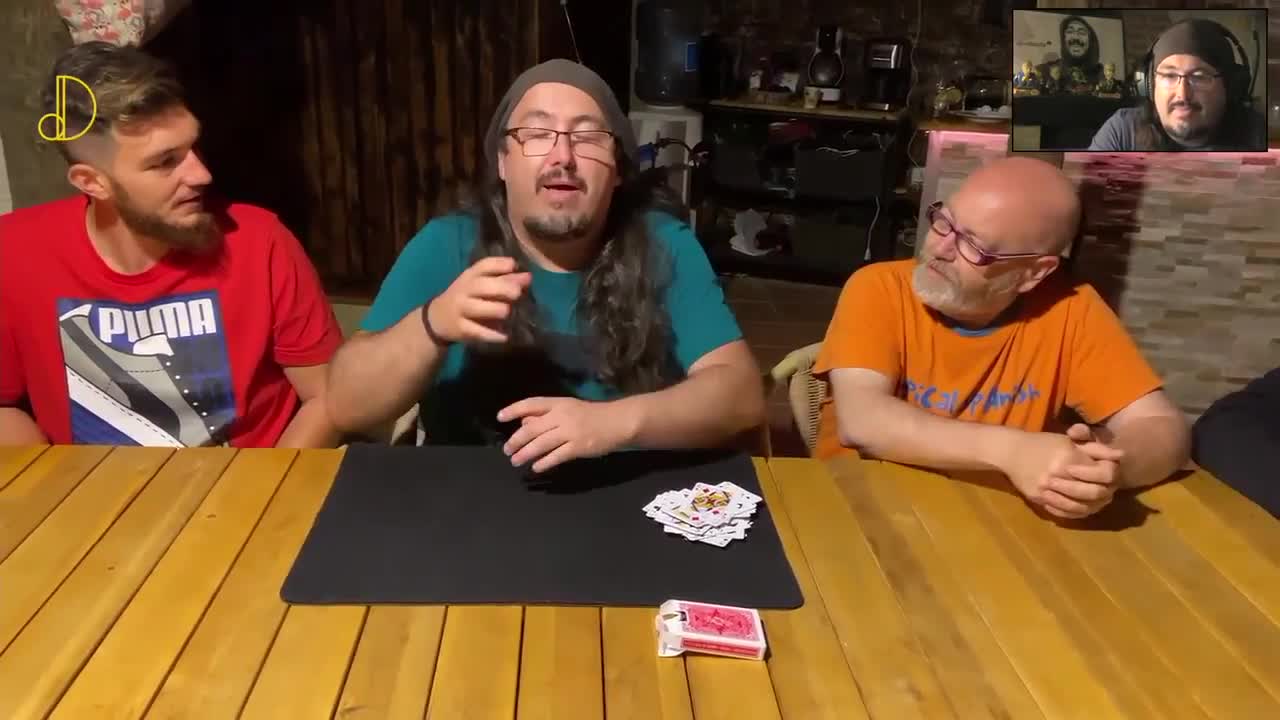 Today, when you order "ACAAN Project by Dani DaOrtiz Chapter 05", you'll instantly be emailed a Penguin Magic gift certificate. You can spend it on anything you like at Penguin, just like cash. Just complete your order as normal, and within seconds you'll get an email with your gift certificate.

From complete chaos comes one of the most devastating card miracles we've ever seen. A masterclass for pros and serious enthusiasts. START LEARNING INSTANTLY.

The Multi-Information Card At Number

In Lesson 5 of The ACAAN Project Dani teaches you the powerful concept of Multi-Information which can also be applied to any effect that uses numbers or position to reveal a card. The Multi-Information Card at Number gets lots of spectators involved to create a powerful effect. The deck is divided amongst your audience for everyone to shuffle. A spectator removes and hides a card from their packet to be the blind card. The card is truly random, and neither the performer nor the audience knows its identity. One of the spectators shuffling a packet think of a card and then bury it into their packet and finally, the deck is reassembled. Three spectators openly remove cards from the deck and the sum of these cards are added together with the value of the blind card removed from the deck at the very beginning. The spectator then deals the number of cards equal to the value of the four cards and mysteriously arrives at the card the spectator is merely thinking of.

The lesson, over an hour in length, is focused on using lots of information to create a true feeling of randomness in the card at number effect. Dani also teaches you how to openly get information that feels like a secret that you can use to devastate your audiences. Key takeaways for the student are:

The Group Technique
Dani’s freewheeling and open performance style allows him to make bold and open moves. The ability to know the number of cards you hand to a spectator without anyone realizing is a significant advantage to any performer. You’ll learn the way Dani secretly gains this information right under the nose of even the most guarded spectators. This is the real work that elevates his magic to miracle status.

Controlling A Thought Of Card
Any magician can control a card when it is removed from the deck. Controlling a card that is in a packet the spectator is holding and the card is only thought of? That’s what makes Dani a master of card magic. A pivotal technique in the Mutli-Information Card At Number, mastering this will give you the ability to make your magic look truly hands-off.

Lesson Five of The ACAAN Project builds upon the principles that Dani has already shared with you, while prioritizing the idea of Multi-Information to use as both a method and a dramatic device. In addition to learning the Multi-Information Card At Number, you’ll become privy to some of the secrets that make the magic of Dani DaOrtiz so disarmingly devastating. It’s time to go to school with Dani DaOrtiz in lesson Four of The ACAAN Project.

nice and easy Report this review
Verified buyer Pro Privacy ON (login to see reviewer names) on October 20th, 2021
its a nice and fun trick, easy to perform... and the most special thing is to be loose and do the 3-4 moves smooth and everybody will be surprised for sure!!!
Did this review help you? Do you want to respond to this review?

Utterly Brilliant Report this review
Verified buyer Pro Privacy ON (login to see reviewer names) on October 7th, 2021
OK - you have to accept the Spanish accent and some overkill on explanation - which is anyway better than not sufficient. But the psychology, methodology and opportunities described go way beyond ACAAN since they can be adapted and used used in many contexts, sleightless and apparently totally innocently. Not to mention that you can use a borrowed deck shuffled by a spectator anywhere, any time, impromptu.

And ACAAN Can be adapted to varying audience sizes, specifically using the method for putting a given card at a retrievable apparently random number.

I listened, made written notes, went back and truncated them, so ended with his instructions in my words giving me a shortened, pointed explanation.

My presentation would be very different to Dani, I being much older and British, but the essentials as taught by him will not change.

No serious magician is not prepared to put in the necessary work to deliver an outstanding effect. No sleights? Your deck? You shuffle? You selected? You decided how many? Must be real magic…..

Well worth the effort involved in my view

Lots of Good Instruction Report this review
Verified buyer Pro Privacy ON (login to see reviewer names) on September 9th, 2021
The ACAAN trick is impressive, but I most enjoyed the thinking behind the trick. The subtleties and techniques are things I plan to use on other effects. Dani teaches two different tricks on the video. One is very easy ACAAN requiring almost no slight of hand and can be learned in minutes. The masterpiece requires practice and more work and an audience of 4 or more. The masterpiece requires no slight of hand (other than counting while you deal).
Did this review help you? Do you want to respond to this review?

I can't wait to give this a try. Report this review
Verified buyer Pro Privacy ON (login to see reviewer names) on September 7th, 2021
I'm just hoping I can make it as seamless as Dani. Practice, Practice, and Practice some more will do it.
Did this review help you? Do you want to respond to this review?

Really Good Report this review
Verified buyer Pro Privacy ON (login to see reviewer names) on June 18th, 2021
Another good Mystery, there is a lot to learn, but that's the thing with magic you'er buying the secret. thank you.
Did this review help you? Do you want to respond to this review?

ACAAN PROJECT Report this review
Verified buyer Pro Privacy ON (login to see reviewer names) on June 17th, 2021
This is an excellent effect and I will include it in my next performance in a few days. I only use a regular deck and I have the host to bring two or three Bicycle Decks for me to use. This effect fits right-in. Dani performance would be a five star but I believe he talks a little too much. I love the way he has everyone involved. Cardmaster
Did this review help you? Do you want to respond to this review?

pure genius Report this review
Verified buyer Pro Privacy ON (login to see reviewer names) on June 13th, 2021
mix a few techniques with genius and you have the ultimate fooler, hands off. precious!
Did this review help you? Do you want to respond to this review?

Dani DaQrtiz is always amazin Report this review
Verified buyer Pro Privacy ON (login to see reviewer names) on June 9th, 2021
You can't go wrong buying and learning from Dani.
0 of 3 magicians found this helpful.
Did this review help you? Do you want to respond to this review?
Bestsellers