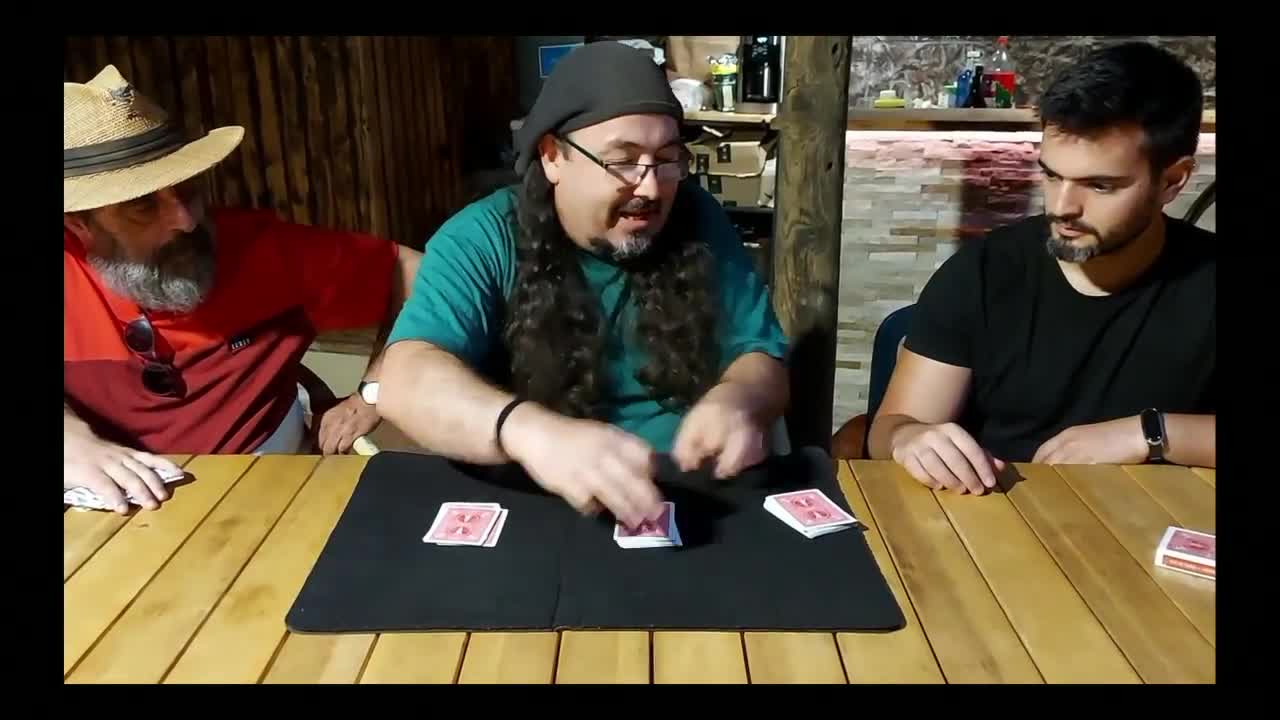 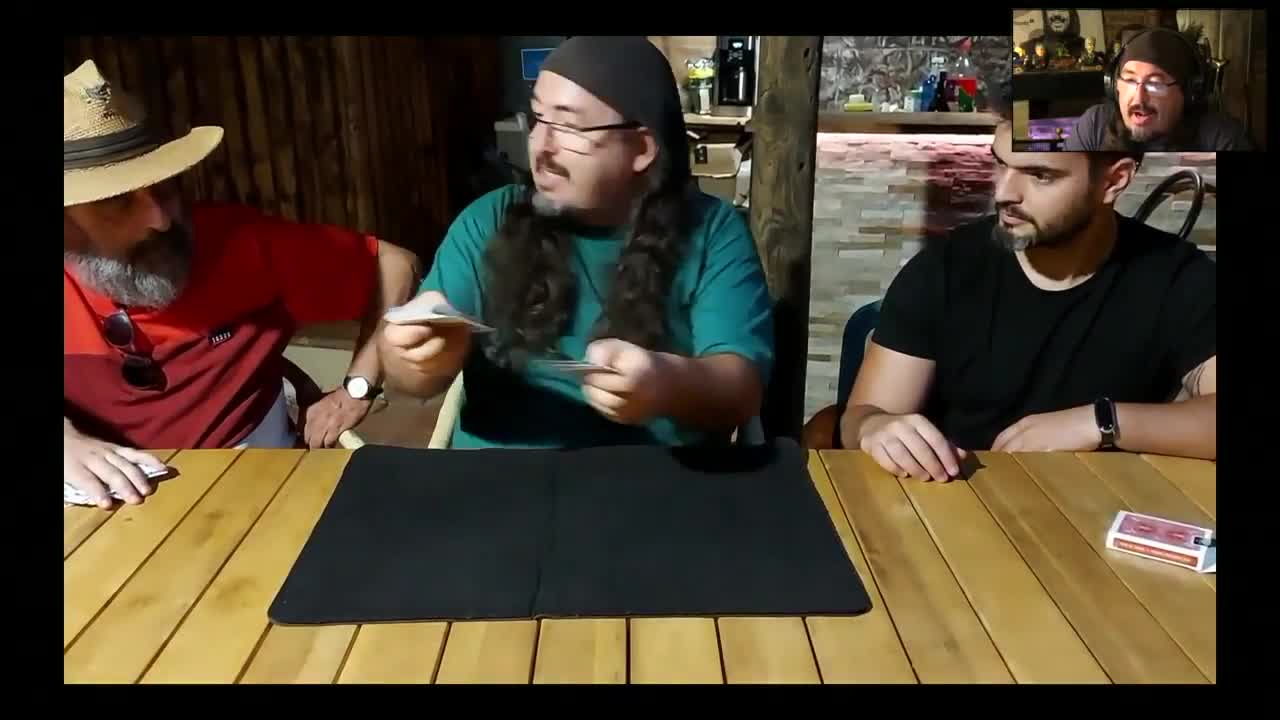 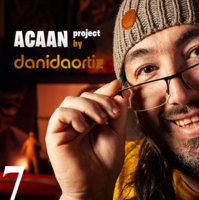 Today, when you order "ACAAN Project by Dani DaOrtiz Chapter 07", you'll instantly be emailed a Penguin Magic gift certificate. You can spend it on anything you like at Penguin, just like cash. Just complete your order as normal, and within seconds you'll get an email with your gift certificate.

A masterclass in deception. From two borrowed SHUFFLED decks, you find a chosen card from a randomly chosen number. Dani's subtle psychological secrets elevate this from trick to miracle.

In Lesson 7 of the ACAAN Project, Dani takes you through not only naturalness but a self-working control of cards. You’ll learn Dani’s Undetectable Placement Card At Number that features a way of generating a number that will blow your mind with a pair of borrowed decks. In this variation, both decks are borrowed and shuffled! Any card is selected from the first deck and returned to the pack. That deck is isolated from the magician. The second deck is cut into three packets and spectators cut and exchange packets of the deck. When all is said and done the top three cards of each packet are revealed and totaled into a final number. That final total is dealt from the top down in the isolated deck and, astonishingly, the selected card is found at that number.

The lesson, just about an hour in length, is a masterclass with Dani in taking advantage of naturality to place cards where you want with your audience none the wiser. Key takeaways for the student are:

Undetectable Card Placement
Most magicians use so many moves and actions that the audience instinctively feels the sleights happen. Dani solves this problem with a wildly direct approach to controlling not only the spectator’s card, but also exactly where it ends up in the deck. This is an exercise in naturalness that will change the way you handle a deck of cards.

Audience Self-Justification
Dani’s open moves and bold methods fly by magicians and laypeople alike because they self-justify everything he does. Audience Self-Justification is a deadly principle that will allow you to get away with effects that you never thought possible before. Dani takes you through this philosophy of magic in conjunction with the way he moves his body and handles the cards so that your audience will never remember the bold moves that make the most incredible magic possible.

The Visual Count
This open method of knowing the number of cards in play is a rare skill that every card magician should have in their arsenal. Dani breaks down his sight count technique that allows him to know exactly how many cards he has involved in the effect. This is more than just counting cards. This is a method to place cards in positions without difficult pinky counts or complicated run-up work. The Visual Count is a real-world method to practically place cards where they will get you maximum impact.

Lesson Seven of The ACAAN Project is a card magician’s performance theory masterclass that Dani combines with diabolical controls and next-level performance theory. In addition to learning the Undetectable Placement ACAAN, you’ll become privy to some of the secrets that make the magic of Dani DaOrtiz so disarmingly devastating. It’s time to go to school with Dani DaOrtiz in lesson Six of The ACAAN Project.

ACAAN PROJECT Report this review
Verified buyer Pro Privacy ON (login to see reviewer names) on August 14th, 2021
I believe Dani DaOritz to be the best card magician that
I have ever seen, but this trick is very difficilt and
much to difficult for me to handle.
1 of 1 magicians found this helpful.
Did this review help you? Do you want to respond to this review?

A marvelous teacher Report this review
Verified buyer Pro Privacy ON (login to see reviewer names) on September 7th, 2021
Dani's enthusiasm is absolutely marvelous. He teaches not just the basic techniques (which are quite easy to follow for beginners), but his thoughts on the "pillars" and "naturality" of the presentation are just as entertaining.
I love how he teaches quality misdirection without ever using that term. Keep it up.
Did this review help you? Do you want to respond to this review?

Genius! Report this review
Verified buyer Pro Privacy ON (login to see reviewer names) on August 12th, 2021
Did not think I could do something that appeared this complicated, but it was not - not even for a novice like me. The secret is genius.
Did this review help you? Do you want to respond to this review?

ACAAN Project by Dani DaOrtiz Chapter 07 Report this review
Verified buyer Pro Privacy ON (login to see reviewer names) on August 12th, 2021
Great trick from Dani DaOrtiz.
Tout est absolument pensé en détail.
Did this review help you? Do you want to respond to this review?

MY FAVORITE ACAAN Report this review
Verified buyer Pro Privacy ON (login to see reviewer names) on August 10th, 2021
I really loved this.Really and truly a great routine. No gimmicks, no marked cards, no mem deck, just amazing results using borrowed and shuffled decks.No difficult moves and the very few involved can be useful for other routines. Also loved the explanation behind each and every action which if applied will help with everything else you do. I feel it will make your magic a lot more magical. One of my favorite downloads ever.
Did this review help you? Do you want to respond to this review?

Brilliant Report this review
Verified buyer Pro Privacy ON (login to see reviewer names) on August 10th, 2021
I wasn't aware this was an ongoing project and had only ordered #7. Let's start with it is an EXCELLENT trick. Not hard to do, can be done with borrowed/incomplete decks (my current criteria for card tricks), and is clean as hell.
I had figured the method from the video, but the instruction is SO good, giving you SO much more great insight, tips and techniques beyond the trick itself.
It was so good I contacted Penguin and purchased the entire series...not that I'm that big a fan of ACAAN tricks, but if this is an example of the entire series it may be the best money I've ever spent on magic. Dani DaOrtiz is a great teacher of great magic.
HIGHLY recommended!
Did this review help you? Do you want to respond to this review?

Simply put : good Report this review
Verified buyer Pro Privacy ON (login to see reviewer names) on August 7th, 2021
It’s the seventh chapter from the project and the it’s getting more interesting each and every month.
As always, the trick is devilishly good, and as always the trick is just a way to illustrate the thinking behind the handling.
I’m probably not very objective because I enjoy listening to Dani DaOrtiz explaining his magic "from inside" but this seventh chapter is pushing more in the details after what Dani explained in the early chapters.
What I’m writing is not very original but the “why” is always more interesting than the “how”.
Anyway, the chapter is worth our time.
And even if your Spanish is not very good, it’s worth starting with the Spanish version (such a good idea to give both versions) because you can enjoy Dani without language constraints (not that the English version is different in the content). I always do that and it’s always a treat to hear “hola companeros”.
Gracias Dani!
Did this review help you? Do you want to respond to this review?

Concept and design Report this review
Verified buyer Pro Privacy ON (login to see reviewer names) on August 6th, 2021
This effect felt like it was designed specifically for acaan but the concepts that he’s come up with will be universally beneficial to any magician for a perfectly deceptive force
Did this review help you? Do you want to respond to this review?
Bestsellers