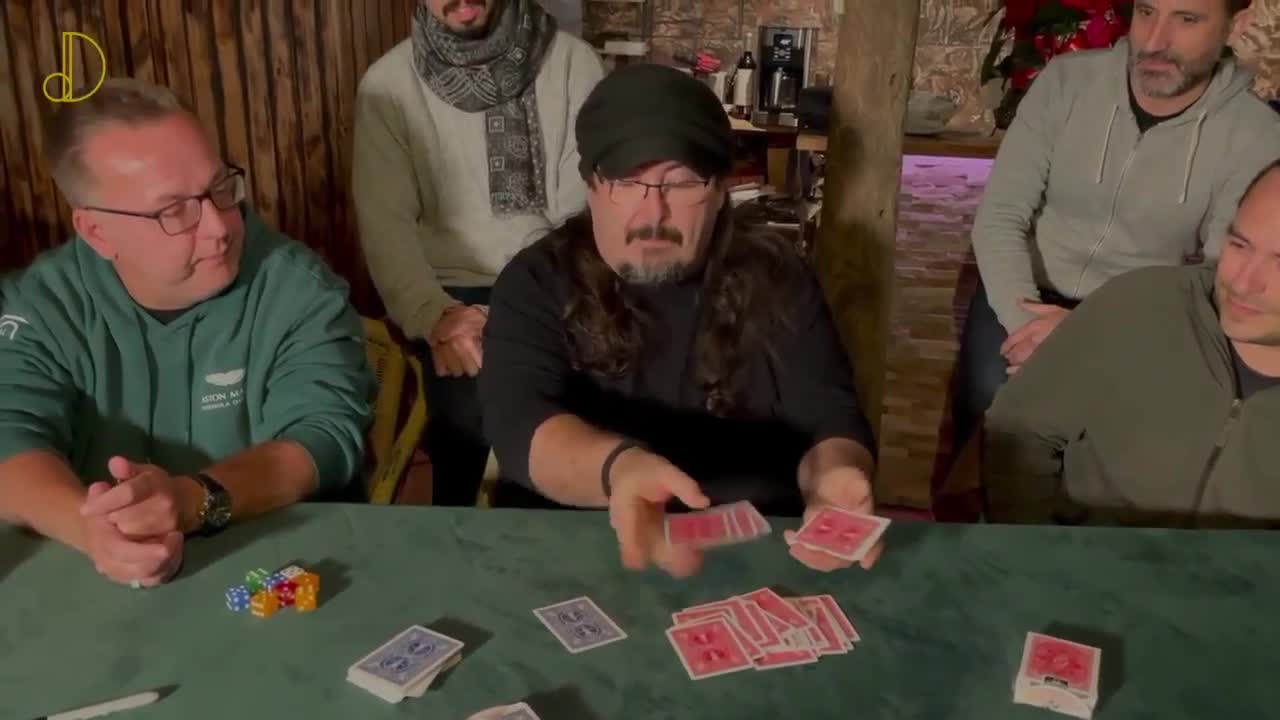 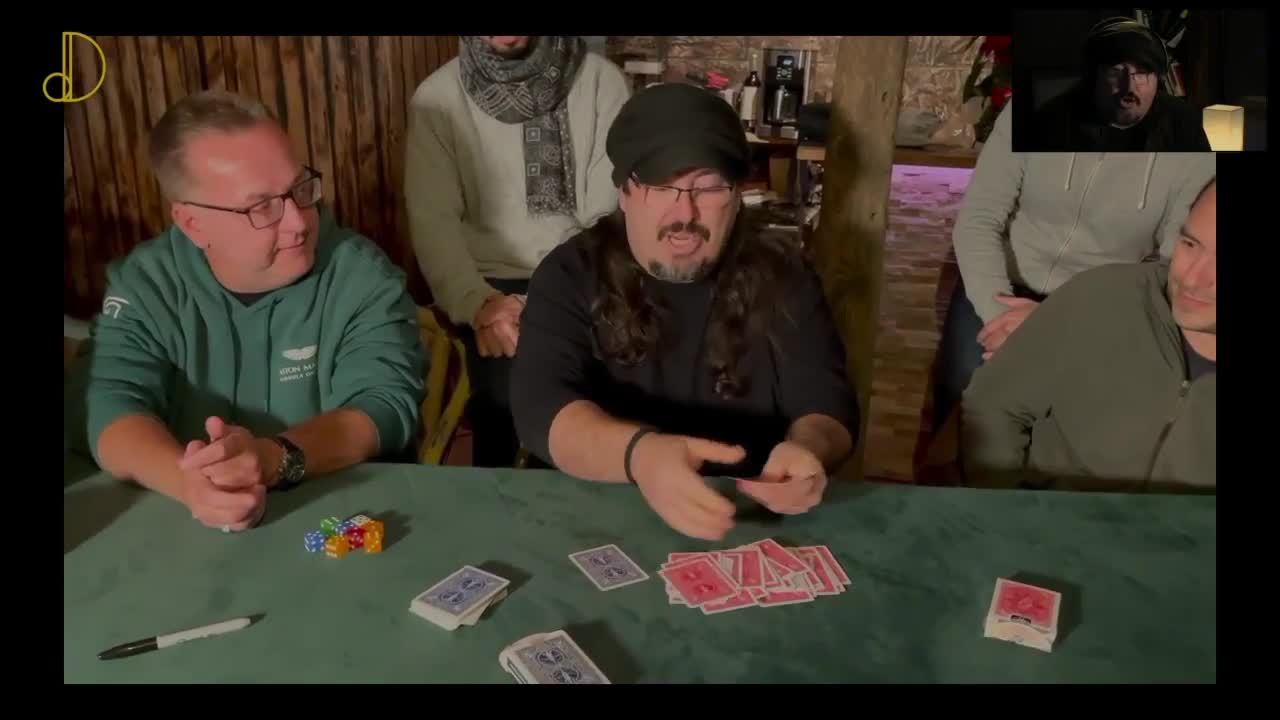 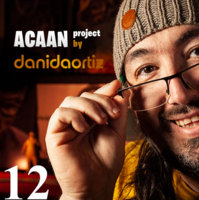 Today, when you order "ACAAN Project by Dani DaOrtiz Chapter 12", you'll instantly be emailed a Penguin Magic gift certificate. You can spend it on anything you like at Penguin, just like cash. Just complete your order as normal, and within seconds you'll get an email with your gift certificate.

The Dice Card At Number

In the final lesson of The ACAAN Project, Dani blows the doors of the place with an incredibly fair card at number that features prediction, dice, two decks, and mind-blowing magic. 8 dice and two decks of cards of different colors are introduced to the audience. One deck is offered to the audience and a card is removed from that deck and set aside as a prediction. That deck is mixed and set aside. An additional prediction is written on the face of the prediction card and it is set aside face down. The other deck is brought back into play and shown to be an ordinary deck. It is also mixed. A member of the audience selects the number of dice they want, rolls them, and then makes changes to the totals if they want. The total is added and in the second deck, that number of cards is counted down to reveal the card there. The first deck is counted through and the card at that location is impossibly the same card. As an incredible kicker, the prediction from the very beginning is revealed to have the position of the cards written on its face.

This lesson, nearly an hour in length, includes an incredible card at number effect using a gaffed deck that you can easily construct at home. Key takeaways for the student are:

Shuffle To Prepare
Dani uses bold and open moves to hide the setup for his effects inside extraordinarily convincing mixing procedures. Using the Shuffle To Prepare concept you will learn not only how to convincingly mix the prepared deck for this trick, but you’ll learn a technique that you can apply to your other magic as well. This is a devastatingly deceptive concept that will elevate your magic.

The Lie
Magicians have always had an unusual relationship with the truth. Dani takes you through his concept of lying about the consequence while telling the truth. This philosophy will help to assuage magician’s guilt while keeping your audience lulled into a false sense of security. It’s a powerful tool in your performance arsenal.

The Optical Shuffle
It wouldn’t be a lesson from Dani Daortiz without a unique take on a sleight you thought you knew. Dani will teach you how to make The Optical Shuffle look more deceptive than ever before. If you’ve used The Optical Shuffle before you know how effective it is. With Dani’s extra touches people will swear that the deck is truly mixed.

Lesson Twelve of The ACAAN Project teaches the student an incredible approach to card magic and handling a prepared deck. In addition to learning Dani’s incredible insights into shuffling and performance, you’ll become privy to the secrets that make the magic of Dani DaOrtiz so disarmingly devastating. It’s time to graduate school with Dani DaOrtiz in the final lesson of The ACAAN Project.

Simply ' WOW' Report this review
Verified buyer Pro Privacy ON (login to see reviewer names) on February 14th, 2022
You may wish to use your own presentation but the one dani uses will take some beating. Simply 'WOW'
1 of 1 magicians found this helpful.
Did this review help you? Do you want to respond to this review?

Super Report this review
Verified buyer Pro Privacy ON (login to see reviewer names) on February 13th, 2022
Great ideas will take sometime to work through everything, but that's ok that's the fun. Dani DaOrtiz is a great Teacher. Thank you.
1 of 1 magicians found this helpful.
Did this review help you? Do you want to respond to this review?

A brilliant performer, and teacher Report this review
Verified buyer Pro Privacy ON (login to see reviewer names) on February 3rd, 2022
This guy is the master of using chaos as a cover for his moves. His ACAAN are usually impossible to reverse engineer, and as is so often the case, simplicity is at the heart of the process.
1 of 1 magicians found this helpful.
Did this review help you? Do you want to respond to this review?

Great finish for the ACAAN project! Report this review
Verified buyer Pro Privacy ON (login to see reviewer names) on February 2nd, 2022
I am not sure if it's in my wagon (doing mostly "bizarre"/mentalism/storytelling) , but I had #6 (which I have yet to perform also) and needed to know Dani's ingenious methods in this one!
The routine is easily accomplished by a beginner, technically pretty "self-working", but requires following some detailed type process...simple, but marked by many subtle, psychological and unique-to-Dani ideas to follow for best presentation. Worth buying!
Did this review help you? Do you want to respond to this review?

can't do any time any place any deck Report this review
Verified buyer Pro Privacy ON (login to see reviewer names) on February 1st, 2022
and that says it all
1 of 5 magicians found this helpful.
Did this review help you? Do you want to respond to this review?
Bestsellers