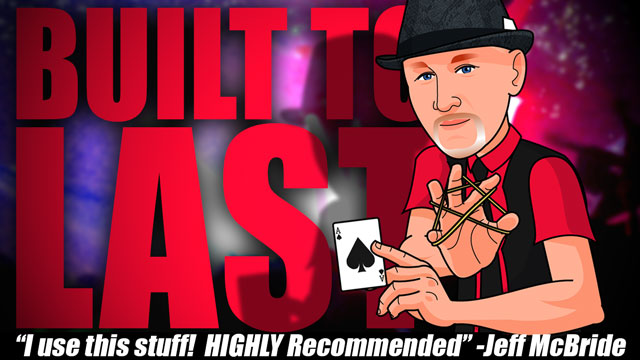 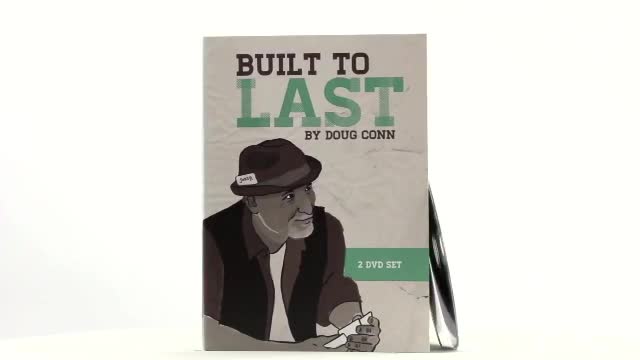 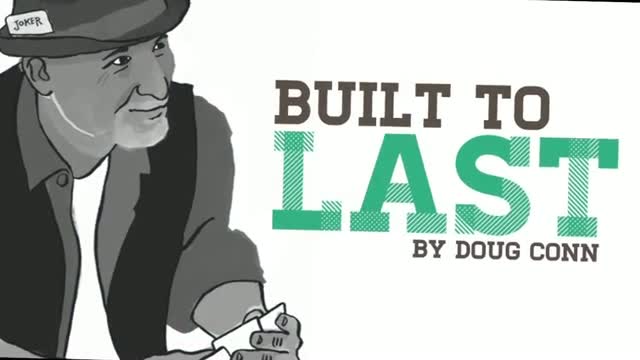 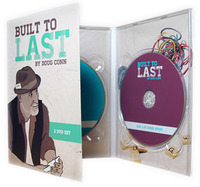 Today, when you order "Built to Last by Doug Conn", you'll instantly be emailed a Penguin Magic gift certificate. You can spend it on anything you like at Penguin, just like cash. Just complete your order as normal, and within seconds you'll get an email with your gift certificate.

SPECIAL OFFER: Order Built To Last TODAY and download CONNFIDENTIAL 2.0. A PDF that includes a few choice moves, tricks and theory NOT included on Doug's Built to Last DVDs. (This will appear as "Built to Last" in your MyPenguinMagic access area)

I strive to be as original as Doug Conn. That's why I use so much of his material. - Tyler Wilson

Doug Conn is a book guy. If asked to do a DVD ten years ago, he may have started throwing punches. Okay, no punches, but a stern look would have been given!

If you have been lucky enough to see him perform live, you may be wondering why he didn't do a video project years ago. There is a special care and beauty in the way he handles his magic, and it is absolutely fooling to watch.

At long last, Doug has agreed to get in front of a few cameras and many of his most popular items, and a few new things, have been captured for your viewing pleasure. But you won't just watch... You. Will. Do. This. Stuff.

His magic begs to be performed for laypeople but has the inherent qualities that happen to fool most magicians at the same time. Moreover, each item, whether old or new, is built to last a lifetime. These are neoclassics.

If you want to give your 52 pasteboard friends a rest, no problem! Disc two is full of incredible non-card magic with coins, rubber bands, sponge bunnies (yep!) and even Scrabble tiles. Also included are his ideas for creating plausible presentations to establish believability, and his boiled down Doug Conn Theory Section.

You get close to three hours of magic on two jam-packed DVDs, all packaged in a full-color six-panel fold out case.

This is a must-have Report this review
Pro Privacy ON (login to see reviewer names) on March 17th, 2014
I've bought (and viewed) hundreds of magic DVDs and have learned some of my strongest magic from them. I can't begin to say how excellent Built to Last is. Great variety of material and very strong magic, but what elevates this set to must-have status are Doug's performing style (which happens to be exactly how I think most magic should be presented) and the wonderfully imaginative twists he's developed for not just standard plots but even the subtleties. For instance, his coins-across-to-cup makes it look like the cup is doing the magic and takes the heat off your hand. Genius. Trust me, you'll be smiling in each case even before you get to the explanations.

Can't recommend this highly enough. It is loaded with material that is original and, for me so far, as much fun to perform as I imagine it is to watch. The methods are not difficult mechanically for the most part; it's the naturalness Doug models that should inspire you to put in the practice and rehearsal time.

Also: Dough's theory section at the end is spot-on. Don't pass it by.
2 of 2 magicians found this helpful.
Did this review help you? Do you want to respond to this review?

Lots of good stuff. Report this review
Verified buyer Pro Privacy ON (login to see reviewer names) on December 11th, 2012
There are several very good effects in the set. Most of them are very easy to do, with only a little practice.
1 of 1 magicians found this helpful.
Did this review help you? Do you want to respond to this review?

One of my all time favorite DVD sets! Report this review
Pro Privacy ON (login to see reviewer names) on November 12th, 2012
Built To Last is one of the most important video/DVD sets ever released to our fraternity. Since he was a teenager, Doug has been performing full time for real people and it shows in his work.

The material on this set is a close up workers dream. Doug uses cards, coins, rubber bands, sponge bunnies and even Scrabble® tiles in routines that look like real magic!
1 of 3 magicians found this helpful.
Did this review help you? Do you want to respond to this review?

Worker Material Report this review
Verified buyer Pro Privacy ON (login to see reviewer names) on March 15th, 2013
One of the best DVDs I own.
0 of 1 magicians found this helpful.
Did this review help you? Do you want to respond to this review?
Bestsellers