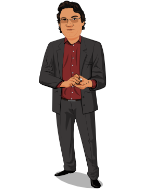 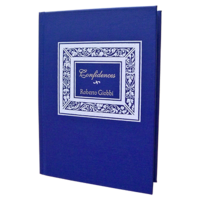 Today, when you order "Confidences by Roberto Giobbi - Book", you'll instantly be emailed a Penguin Magic gift certificate. You can spend it on anything you like at Penguin, just like cash. Just complete your order as normal, and within seconds you'll get an email with your gift certificate.

Roberto Giobbi, recipient of the Academy of Magical Arts' Literary Fellowship of 2012-2013, is known worldwide as the preeminent teacher of card magic. He is also one of Europe's most sought-after performers of close-up magic. In Confidences, he opens up his professional repertoire to teach eight of his prize routines. Each receives the in-depth, insightful coverage for which Giobbi is known. He seasons this generous selection with three impressive essays, one on the art of controlling cards, another on the correct approach and understanding for vanishing coins and small objects, and a third on Erdnase's classic, The Expert at the Card Table. In these essays, Giobbi reveals numerous insights and shares personal handlings and strategies for sleights, with practicality and deception being his highest priorities. Here is a sampling of the riches disclosed in these pages.

This and much more is taught along the way. Each trick, routine and essay is a vehicle to share numerous lessons that contribute to expert, professional conjuring. Those familiar with his acclaimed Card College series and Secret Agenda will know what to expect: one of the finest and most revealing texts ever written on the subject of card and close-up magic. Reading Confidences is like having an ear next to Giobbi's lips as he whispers some of his deepest secrets to you. These are true confidences. Read them and be ushered through the closed doors of professional magic.

Confidences is a 275-page 5" x 7" hardcover book, produced to bibliophilic standards, with color artwork, marbled endsheets, book ribbon, sewn binding and acid-free paper. A pleasure to hold, a revelation to read.
Questions about this product

Very good! Report this review
Verified buyer Pro Privacy ON (login to see reviewer names) on January 18th, 2017
The tricks did not fit my stile in cardmagic.
But the book is very well written. The explanation is very clear and what I found very interesting it that he explains what the spectator is feeling and also the reason of the act that the perform does as you do something or say something, the way that something shall be done, to sum up the psychology of the tricks that you can use in any other trick that you perform.

I am really happy with this book.
3 of 4 magicians found this helpful.
Did this review help you? Do you want to respond to this review?
Bestsellers