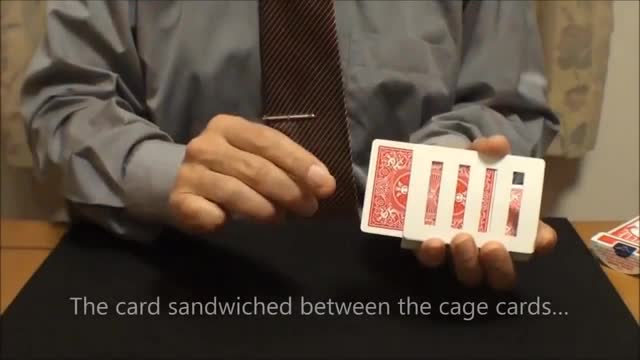 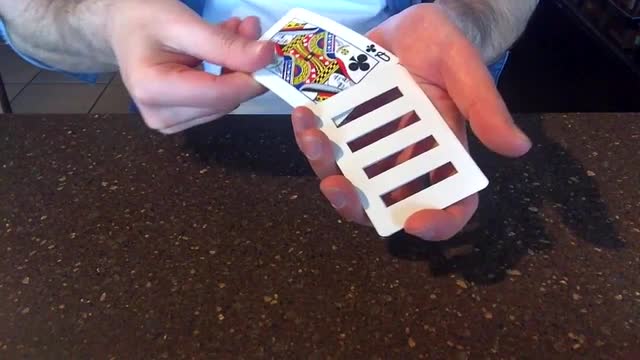 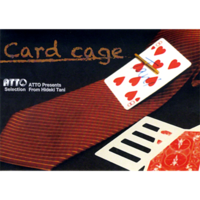 Today, when you order "Card Cage by Hideki Tani", you'll instantly be emailed a Penguin Magic gift certificate. You can spend it on anything you like at Penguin, just like cash. Just complete your order as normal, and within seconds you'll get an email with your gift certificate.

You can perform three effects with this trick: capture a selected card, vanish the card, then make it reappear in a place of the magician's choosing.

After showing the chosen card, the magician visibly places it back in between the cage cards, then makes it instantly vanish.

The chosen card then reappears, clipped onto the tie pin of the magician's tie (or wherever the magician choses it to appear).

Easy to do, with another presentation Report this review
Verified buyer Pro Privacy ON (login to see reviewer names) on February 11th, 2015
I prefer the "Card Warp" presentation to the Vanish, but this gimmick is so clever...and takes up the space of exactly 2 cards. Super-easy to carry with you wherever you go.
2 of 3 magicians found this helpful.
Did this review help you? Do you want to respond to this review?

VERY GOOD TRICK Report this review
Verified buyer Pro Privacy ON (login to see reviewer names) on February 22nd, 2016
It's a good TRICK, requires some little work to leave correctly drop the card on the deck during the chance, but not a big work ! The vanishing of the card between the "card cage" is really magic !
Did this review help you? Do you want to respond to this review?
Bestsellers