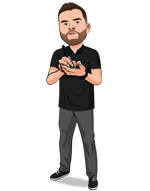 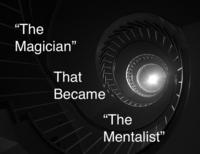 Today, when you order ""The Magician" That Became "The Mentalist" by Dustin Dean", you'll instantly be emailed a Penguin Magic gift certificate. You can spend it on anything you like at Penguin, just like cash. Just complete your order as normal, and within seconds you'll get an email with your gift certificate.

"The Magician" That Became "The Mentalist" by Dustin Dean (Instant Download)

A collection of workable material and ideas.

"The Magician" That Became "The Mentalist," is a collection of workable material and ideas that I have created over the past few years. I share with you some of my most used, original routines that I use in the real world. I also share some of my thoughts on mentalism and magic.. This includes the importance of performance, dual reality, simplicity, and much more. In this book you'll find useful effects and advice, whether you are a magician, mentalist, or in between! I even share a new principle never before seen in mentalism or magic. A principle I named the "WatchStop" principle that can be adapted to fit your own routines! Whether you are a newcomer to magic/mentalism, or a seasoned pro, I'm sure there is material for everyone to enjoy within these pages!

QuICk: A marked coin is found within the fibers of a selected playing card! This mixes some magic with some mentalism principles to create an unbelievable miracle!

Sneaky Peeky: A devious utility move used to read the minds of two spectators at once using only a deck of playing cards!

Dual Fiction: Two participants' minds are mentally connected. After being fully in sync, They both find their thought of playing cards in a borrowed, shuffled deck! Impromptu and gimmicked version taught! (Gimmicks not included).

Michael Murray - "A great effect, I will have to give it a go!"

The Gambling Mentalist: After a participant is able to use their intuition to divine the thoughts of the mentalist (a wonderful prop-less introduction in which the spectator guesses your thought of card!), they are able to take it a step further and randomly select a playing card that ends up completing the mentalist’s winning poker hand!

Training Wheels: A beautiful stage piece using a pendulum that allows for great theater. The mentalist is able to divine a specific memory of a volunteer by contacting the subconscious mind!

I.C.A.A.N.T. Even: A stage or parlor ACAAN that seemingly meets most, if not all of the conditions for the "holy grail." A deck is given to a random volunteer and told to keep this deck guarded! Twenty or so members of the audience randomly generate both a card and a number. The cards are dealt face up by the volunteer and the selected card is found at the selected number! You could even have three cards and three numbers selected, all found in the correct positions! Never touched by the performer, audience members truly make free and random choices, and no memorization whatsoever! This uses a classic mentalism prop which can be made at home!

This is a jump. Report this review
Pro Privacy ON (login to see reviewer names) on March 14th, 2015
Hello guys!

I've got this product some days ago, and here's my review:

Nice presentation, method is good, the subleties are very good and his little touches make the effect stronger.
Laymens will be impressed by the effect.
He give some advices about presentations too. Nice!

Cons:
Not necessary a mentalism effect but easy to add some subleties to act as a mental magic too,
(He said and explain this too)
Preparation required (1 min).

"The Effect: The mentalist is able to divine not
only one thought of playing card, but two thought
of playing cards from two different participants!"

It's a double peek / control

I've ben using this in some of my performances too, but not as the same method described on the pdf, and only using 1 peek instead two.
Bascially you're getting a peek of both selected cards, It will depend on you, if you make a big deal 'controling' the card, well you'll be spotted, but if you act naturaly, it will be fine, no problem.

"The Effect: Two participants are fully in sync

with one another. After making completely fair

choices at the same time, they somehow find their

Dual Fiction is my go to, impromptu card

effect. It always gets great reactions, and seems

This is very good, I'll use this for sure, I've been using a similar method to get a 'prediction' with selected cards and ESP symbols, but this is very smart and everything is justified.
The impromptu version is very very very good, and the gimmicked version is so amazing.
Very easy to do, no cons for me, fantastic opener OR closer. (Yes sound strange but it's true)
Be sure to have a nice presentation before using this effect okay?

"The effect: A participant after practicing and
learning more about intuition, is able to select the
only card needed to complete the mentalist's
winning poker hand!"

It's a funny effect, and I like it very much.
It's an effect I'll perform too.

I can't rate it in dificulty because it's so easy, and you'll just need to talk, until the end.
it envolve a move (so easy....) and it hit hard.

Be sure to read all the subleties, they are very valuable.

"A beautiful stage piece using a pendulum that allows for great theater. The mentalist is able to divine a specific memory of a volunteer by contacting the subconscious mind! "

Well, I love this style of effects, It's a beautiful effect to do on stage!
The idea is very good, when you'll read the explanation you'll laught, it's so easy to do and cool.


I.C.A.A.N.T. EVEN
"The Effect: The mentalist hands a volunteer a
deck of cards. Both playing cards and numbers
are randomly generated by twenty members of the
audience. One of these numbers are chosen,
along with one of the playing cards. The
volunteer deals down to the number, and the card
that was chosen is found in that exact position!"

It's a perfect ACAAN to do on stage, you'll be surprised about the method, and I can guarantee you'll love the idea.

9/10
3 of 3 magicians found this helpful.
Did this review help you? Do you want to respond to this review?
Bestsellers